Amid the ongoing fighting in northern Syria between Turkish forces and their allied rebels and U.S.-backed Syrian Kurds, Vice President Mike Pence met with Turkish President Recep Tayyip Erdogan Thursday to push for a ceasefire.

Erdogan has repeatedly rejected the idea, saying his government will not negotiate with what it considers a terrorist organization.

The high-level diplomacy comes one day after President Donald Trump dismissed concerns about the violent clashes: “That’s between Turkey and Syria, it’s not between Turkey and the United States, like a lot of stupid people would like us to, would like you to believe,” he said in the Oval Office Wednesday. 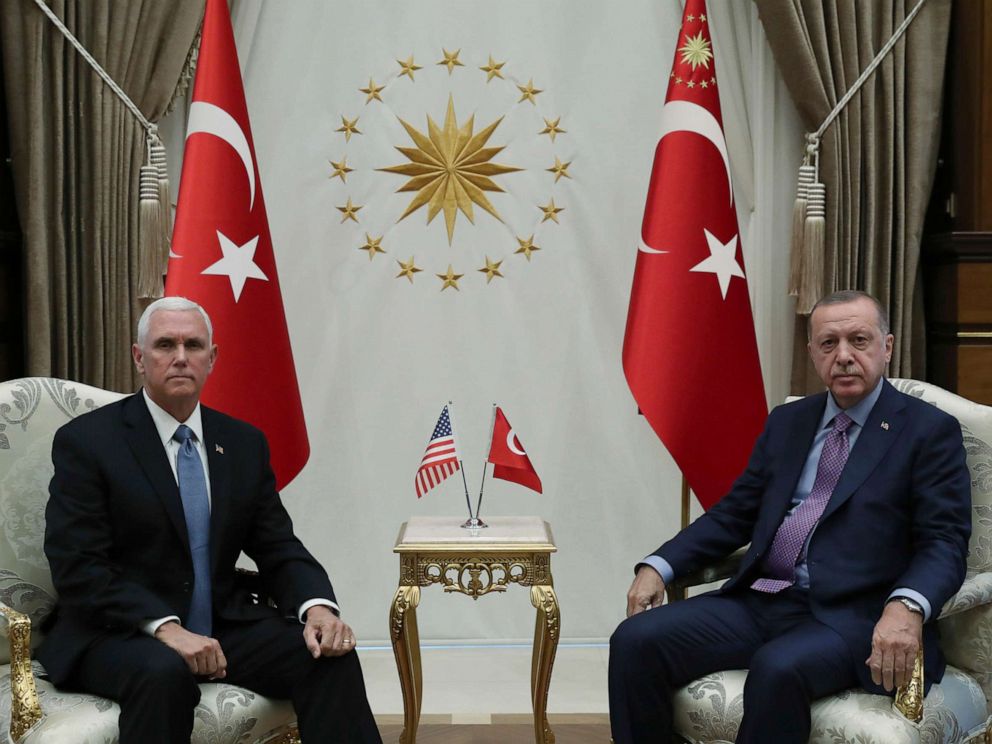 Trump has come under withering criticism by Republicans and Democrats for withdrawing U.S. forces from Syria, after initially pulling back two attachments of troops in advance of Turkey’s operation against the Syrian Kurds.

That was seen as giving a green light to Erdogan to attack the Kurds that had been armed by and fought alongside the U.S. against ISIS, losing 11,000 troops in that battle. Turkey considers these forces, known as the Syrian Democratic Forces, or SDF, to be terrorists, indistinguishable from Kurdish separatists in Turkey that Turkey and the U.S. both have designated as terrorists. 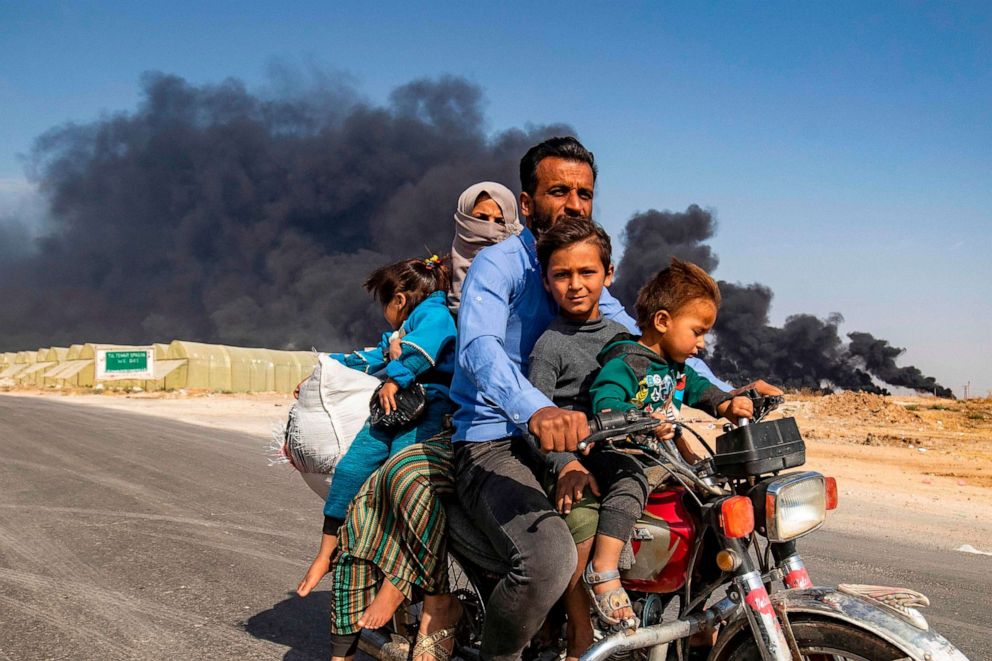 Pence and Erdogan met in Turkey’s capital Ankara for one hour and 20 minutes — a one-on-one meeting that was originally scheduled to last just 10 minutes. In footage released by Turkish state media, Pence shakes hands with the strongman president and says, “Thanks for seeing me.”

Pence was joined by U.S. special envoy for Syria Jim Jeffrey, a veteran diplomat who previously served as ambassador to Turkey and served as translator during the meeting.

Later, the full delegations met, including Secretary of State Mike Pompeo and National Security Adviser Robert O’Brien from the U.S. side and Foreign Minister Mevlut Cavusoglu from Turkey. No one spoke during a brief photo op at the start, even after one reporter asked whether they’d agreed on a ceasefire. 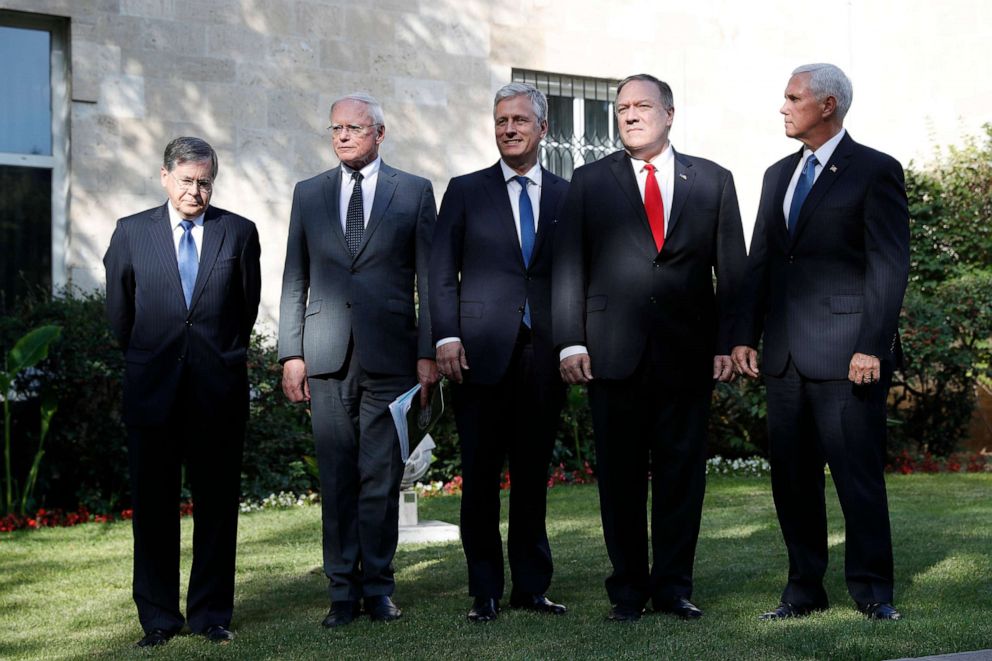 Trump has sent mixed signals on the operation, at times dismissing any U.S. concern over it, but then also penalizing Turkey with sanctions Monday on its defense, energy, and interior ministers and defense and energy ministries.

The day Turkey launched its offensive last week, Trump admonished Erdogan in a surreal personal letter in which he threatened to be “responsible for destroying the Turkish economy” and said his fellow leader should not be “a tough guy” or a “fool.” The letter was first reported by Fox News and later confirmed as accurate to ABC News by a senior administration official. 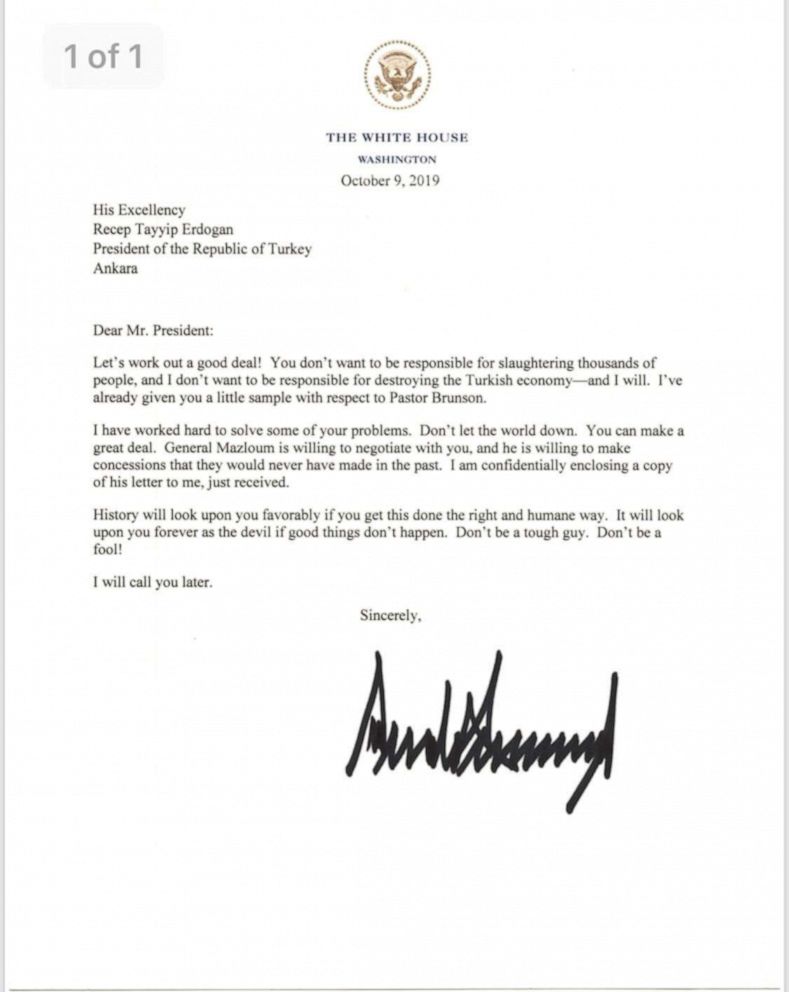 But on Wednesday, just hours before Pence departed for Ankara — carrying out Trump’s directive to try to negotiate a ceasefire — Trump again said he did not think the United States should get involved. “It’s not our border,” he told reporters at the White House. “We shouldn’t be losing lives over it.”

Erdogan told reporters Tuesday that he could not keep up with all the different messages from Trump: “When we take a look at Mr Trump’s Twitter posts, we can no longer follow them,” he said, according to Turkish media. “We cannot keep track.” 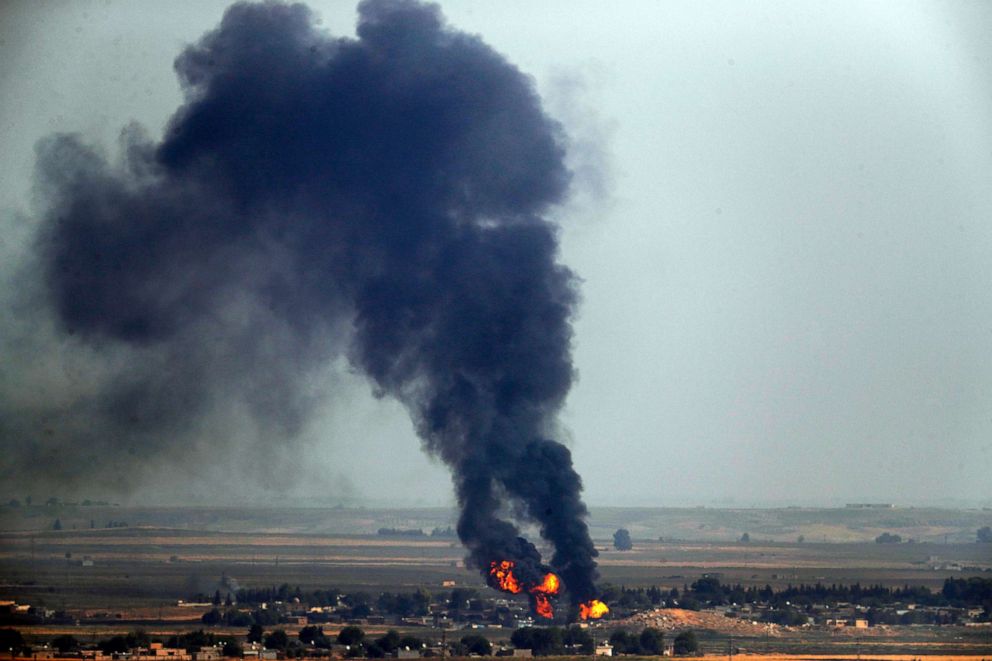 What is clear is that Erdogan has a firm stance against any negotiations, demanding that the Syrian Kurdish forces first lay down their arms and vacate the area.

The back-and-forth has made Pence and his delegation’s job difficult, if not impossible, according to critics — including Republicans.

“The statements by President Trump about Turkey’s invasion being of no concern to us also completely undercut Vice President Pence and Sec. Pompeo’s ability to end the conflict,” Sen. Lindsey Graham tweeted Wednesday.

COVID-19 Testing Creates a Boom for LabCorp and Quest Diagnostics

Japanese Residents Have Cash to Spare, but Is It Going Into Crypto?

Stocks, Greed and Exuberance: 5 Things to Watch in Bitcoin This Week