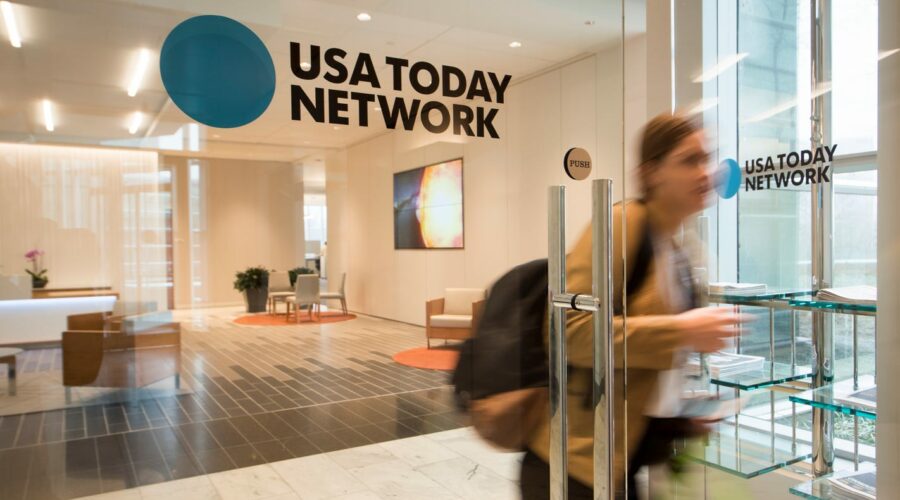 WASHINGTON — USA TODAY is fighting a subpoena from the FBI demanding records that would identify readers of a February story about a Southern Florida shooting that killed two agents and wounded three others.

In a motion filed in federal district court in Washington, D.C. asking a judge to quash the subpoena, Gannett, USA TODAY’s parent company, said the effort is not only unconstitutional but also violates the Justice Department’s own rules.

“The FBI has failed to demonstrate compliance with the United States Attorney General’s regulations for subpoenas to the press – regulations that President Biden himself recently pledged the Administration would follow,” Gannett’s lawyers wrote in the motion filed on May 28, just a day before the deadline the FBI set for the media company to produce the records.

The subpoena, issued in April, demands the production of records containing IP addresses and other identifying information “for computers and other electronic devices” that accessed the story during a 35-minute time frame starting at 8:03 p.m. on the day of the shooting.

“Being forced to tell the government who reads what on our websites is a clear violation of the First Amendment,” Maribel Perez Wadsworth, USA TODAY’s publisher, said in a statement. “The FBI’s subpoena asks for private information about readers of our journalism.”

Wadsworth also said the subpoena was a surprise given President Joe Biden’s recent statements supporting the press and is contrary to the Justice Department’s guidelines on the “narrow circumstances” in which the government can subpoena reporters.

The subpoena, signed by an FBI agent in Maryland, said the records relate to a criminal investigation. But it’s unclear how USA TODAY’s readership records are related to the investigation of the Florida shooting, or why the FBI is focusing on the time frame.

Wadsworth said Gannett’s attorneys tried to contact the FBI before and after the company fought the subpoena in court, but she said the FBI has yet to provide any meaningful explanation of the basis for the subpoena.

The FBI and the Justice Department declined to comment.

The shooting happened as FBI agents were serving warrants at the West Terrace apartment complex in Sunrise on the morning of Feb. 2. Authorities said David Huber, 55, started shooting and barricaded himself inside a unit before turning the gun on himself.

Five FBI agents were shot. Two – Daniel Alfin and Laura Schwartzenberger – died. Three were injured, two of whom were hospitalized.

The subpoena comes in the middle of criticisms from media organizations following disclosures that the Trump Justice Department had secretly obtained the phone records of journalists from the Washington Post, the New York Times and CNN.

The news organizations have condemned the seizures as First Amendment violations. And Biden said the practice of obtaining reporters’ records is “simply wrong.”

Justice Department guidelines say media subpoenas should be limited to asking reporters to verify the accuracy of published information except under “exigent circumstances” in which, for example, reporters may have information about a crime. Rules also require that records sought are essential to an investigation or prosecution.

The subpoena issued to Gannett does not seek the identity of the reporters’ sources or other information gathered during reporting.

In their filing asking U.S. District Judge James Boasberg to quash the subpoena, Gannett’s lawyers said it invades the rights of both the news organization and its readers, citing Supreme Court Justice William O. Douglas, who wrote 50 years ago, “A requirement that a publisher disclose the identity of those who buy his books, pamphlets, or papers is indeed the beginning of surveillance of the press.”

Demanding information that would identify the media outlet’s readers “creates precisely the type of chilling effect” that Douglas warned of, Gannett’s lawyers wrote.