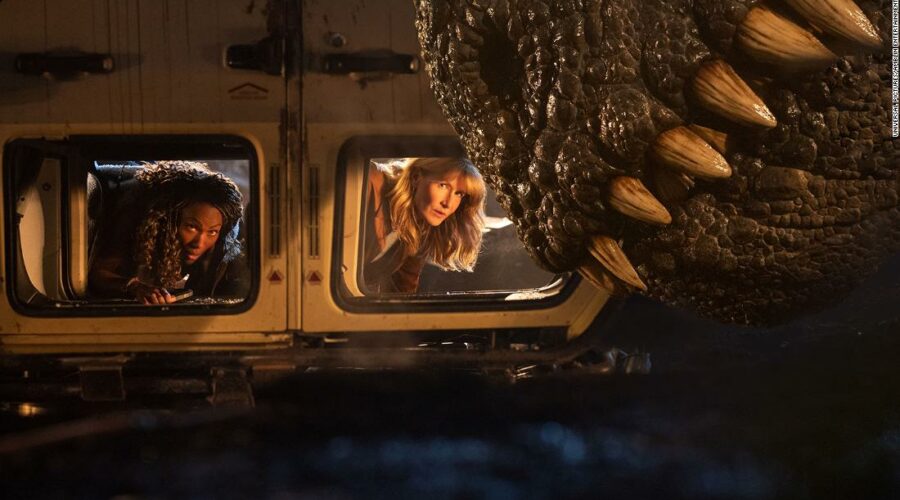 New York (CNN Business)An adventure 65 million years in the making comes to a conclusion this weekend when “Jurassic World: Dominion” stomps into theaters.

The Universal film explores a world in which dinosaurs are not just running amok on a remote island, but all over Earth. That concept — alongside a brand that has raked in about $5 billion worldwide over five films — could be enough to pull viewers into theaters.
But dinosaurs and name recognition aren’t the only things “Dominion” has working for it.

“Dominion” brings back the three stars from the original “Jurassic Park,” Sam Neill, Laura Dern and Jeff Goldblum, alongside the younger characters of the series played by Chris Pratt and Bryce Dallas Howard. 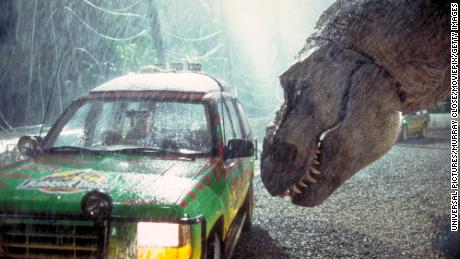 If the cast from the original — one of the highest-grossing films of all time — wasn’t enough, “Dominion” is also billed as the final movie of “the Jurassic era.”

The film is expected to take in roughly $125 million domestically in North America this weekend, and has already made more than $55 million overseas after opening internationally last week. It notched $18 million domestically in preview screenings on Thursday night.
“What has always made the Jurassic films special is the age-old trope: man vs beast,” Jeff Bock, senior analyst at entertainment research firm Exhibitor Relations, told CNN Business. “It’s a horror film. It’s an adventure film. It’s an action film. It’s a drama. It’s an existential comedy at times. It’s all the things.”

And it’s yet another film that’s banking on nostalgia to bring in older moviegoers — an important demographic that has been mostly absent from theaters since the pandemic’s onset.

“You’re really trying to get everybody” 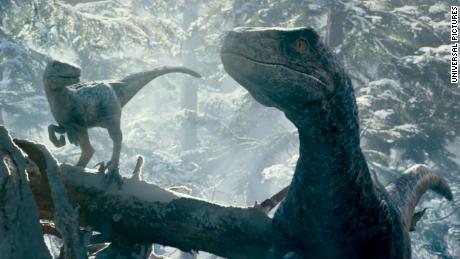 Not many films have changed the course of cinema. “Jurassic Park” did.
The 1993 film directed by Steven Spielberg transformed the movie industry with its unprecedented use of special effects. Its impact — much like the film’s famous scene where reverberations in a glass of water signal the potentially deadly approach of a T-Rex — are still felt today.
So bringing back the cast from that film is a smart box office strategy for Universal.
But “Dominion” isn’t trying to specifically reach those over the age of 35 who watched the first film in theaters. 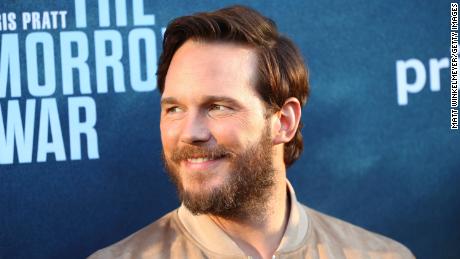 “With the movie of this size, you’re really trying to get everybody,” according to Michael Moses, the chief marketing officer for Universal Pictures. “It is at once both meant to attract audiences who have been with us from the very beginning, but also ones who joined along the way.”
And having the legacy cast members join in the adventure is not just a gimmick to pull in an older audience.
“They’re not in the movie as window dressing or in a single scene. They are actually fully integrated into the narrative of the movie,” Moses said. “It really is trying to honor the entirety of the franchise.
That said, reaching out to an older audience has been a successful move at the box office lately.
Paramount’s “Top Gun: Maverick,” another film built on nostalgia from a film made decades ago, broke records when it opened over Memorial Day. The film’s numbers were boosted largely thanks to moviegoers over 35, who represented 55% of the US total that weekend.
“‘Jurassic World: Dominion’ is not only trying to bridge the gap between trilogies, but also between demographics,” Bock said. “The hope here is that the same audiences that have returned to theaters for perhaps the first time since the pandemic began with ‘Top Gun’ are now ready to frequent theaters on a more regular basis.”

The end of the Jurassic era… maybe 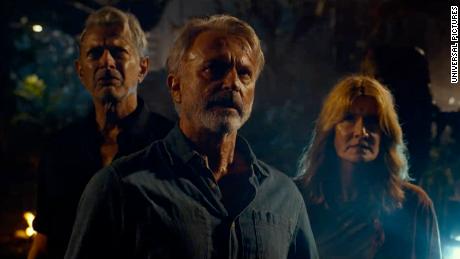 There is one menace, however, that “Dominion” still faces: it could get eaten alive by bad reviews. The film currently has a 34% score on Rotten Tomatoes — the worst score in the series.
“The nostalgia factor gives the movie an initial jolt, and there are, of course, some dino-sized thrills, but not enough to lift this XL-sized mediocrity out of the gene pool’s shallow end,” Brian Lowry, CNN’s media critic, wrote in his review.
Then again, only two films in the series have had positive review scores on Rotten Tomatoes (the 1993 original and 2015’s “Jurassic World”), and that hasn’t stopped the series from selling tickets.
So a film like “Dominion” may be review-proof — this weekend, at least — especially if audiences want to get one last glimpse at the series. 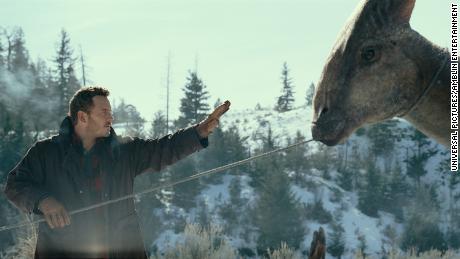 Because if this really, really is the end of the Jurassic series (don’t forget, the 9-film “Fast & Furious” franchise has been doing “one last ride” over multiple films) the films’ legacy will be its status as a pop culture touchstone as well as a huge moneymaker.
“When you picture a dinosaur, or when you imagine what a dinosaur sounds like, it’s almost certain that that memory is formed by the Jurassic movies more than anything else,” Moses said. “And so, that’s a very powerful thing to reach that kind of cultural status beyond just a cinematic moment.”
Source: Read Full Article