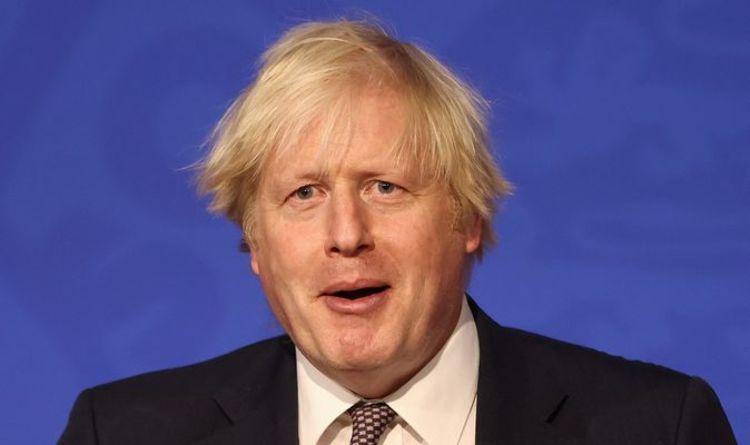 Boris Johnson has 'one more strike' before he's out says Gale

In a nightmare before Christmas scenario for the Prime Minister, the by-election has shown Boris Johnson is now in a more uncomfortable position than ever as voters show their discontent with the string of Government scandals that have befallen Downing Street in recent months. The appalling result for the Tories saw Liberal Democrat candidate Helen Morgan secure 17,957 votes, leaving the Conservative Neil Shastri-Hurst with 12,032.

Ms Morgan took a majority of 5,925 after an incredible swing of 34 percent.

Accepting her win, Ms Morgan said: “Tonight, the people of North Shropshire have spoken on behalf of the British people.

“They have said loudly and clearly: ‘Boris Johnson, the party is over’.”

She added: “Our country is crying out for leadership. Mr Johnson, you are no leader.”

Owen Paterson, who resigned as an MP following the sleaze scandal in November, had held the sear since 1997, and North Shropshire had been a Tory hold since 1830.

Mr Johnson is now facing serious questions over his leadership, with some of his own MPs convinced the by-election shows a ticking time bomb on the Prime Minister’s leadership.

Tory MP Sir Roger Gale said that the defeat should be seen as a “referendum” on Mr Johnson’s premiership.

Ask why his party lost, he said: “Because the electorate wanted to send a very clear message to Downing Street that they were dissatisfied with the management of this Government.

“Two strikes already, one earlier this week in the vote in the Commons and now this. One more strike and he’s out.”

One former minister said the party is poised to withdraw their support from Mr Johnson because of the changing landscape for voters.

North Shropshire voted to Leave in the 2016 referendum – but backed a candidate from a staunchly pro-EU party.

The former minister said: “We were prepared to tolerate him because of Brexit and Corbyn.

“Without those, he is not a vote-winner with core Conservative voters.”

DON’T MISS
Selfless Queen’s sacrifice will inspire her nation – EXPRESS COMMENT [OPINION]
Boris Johnson approval rating: Could this be the end of the PM? [INSIGHT]
Boris Johnson’s replacement: Five top Tories that could take over [EXPLAINER]

Former minister Gavin Barwell has raised the point that voters are not necessarily discontent with Tory policies, rather the personality that Mr Johnson leads with.

He said: “Normally when governments become unpopular it is because of a policy issue – think austerity or Iraq.

“But in this case, the Government’s problems are largely due to the way Boris Johnson runs his Government – think Owen Paterson affair, Christmas parties, redecoration of flat.”

Could Boris Johnson be leaving office?

The discontent within the Tory party could be enough to oust the Prime Minister from his role – but the usually well supported and characteristically stubborn Mr Johnson is likely to put up a fight in the coming months.

But odds from this morning show the Prime Minister could be out at some point in 2022.

“The Lib Dems had been favourites in advance of polling day, but the scale of this defeat will pile the pressure on Boris Johnson.

“Our latest prices now suggest it is odds-on that the Prime Minister will be evicted from Downing Street at some point next year.

“The chance of the PM facing a Tory vote of no confidence has also risen from 35 percent to 58 percent inside a week.

“Rishi Sunak is the favourite to replace him at 28 percent likelihood, although Liz Truss’ prospects continue to improve and she is now at 16 percent.

“Despite last night’s defeat, the Tories remain 62 percent favourites to win most seats at the next general election, although it is now odds-on that they will lose their majority, with a hung parliament currently trading at 51 percent.”