WASHINGTON (Reuters) – The head of a U.S. congressional panel leading the impeachment inquiry against Donald Trump on Monday accused the Republican president of putting himself before his country and violating his oath of office.

In a statement kicking off a hearing in the U.S. House of Representatives to weigh the evidence against Trump, Judiciary Committee Democratic Chairman Jerrold Nadler said there was extensive proof of wrongdoing.

“The evidence shows that Donald J. Trump, the president of the United States, has put himself before his country. He has violated his most basic responsibilities to the people. He has broken his oath,” Nadler said. “I will honor mine.”

The hearing on Monday is a key step before determining charges, known as articles of impeachment, that the full Democratic-controlled House is likely to vote on before Christmas.

The heart of the issue is whether Trump abused his power by pressuring Ukraine to investigate former Vice President Joe Biden, a political rival seeking the Democratic nomination to face Trump in the 2020 election.

Trump denies having done anything wrong and has called the impeachment probe a hoax.

The House Judiciary panel is expected to vote by the end of the week on whether to send formal charges to the full House, setting up an inevitable clash with the White House and its Republican allies. No current House Republican has come out in favor of impeaching Trump.

Ahead of the hearing, Republicans placed black-and-white signs in the committee room to underscore their argument that Democrats were on a partisan mission to unseat a president who did nothing to merit impeachment.

“They’re desperate to have an impeachment vote on this president,” Representative Doug Collins, the ranking Republican on the panel, said during the hearing.

A vote in the House in favor of impeachment would trigger a trial in the Republican-controlled Senate where a two-thirds vote of those present would be needed to remove the president from office. A conviction is considered unlikely.

White House adviser Kellyanne Conway said the White House was not participating in the Judiciary panel’s proceedings because cooperating would be “colluding with an illegitimate process.”

“We’re not going to do their dirty work,” Conway told reporters at the White House shortly before the hearing began. “Maybe in the Senate if it’s a fair trial,” the White House may participate, she added.

It has been 20 years since Americans last witnessed impeachment proceedings, when Republicans brought charges against Democratic President Bill Clinton arising from a sexual relationship he had with a White House intern. He was acquitted in the Senate. 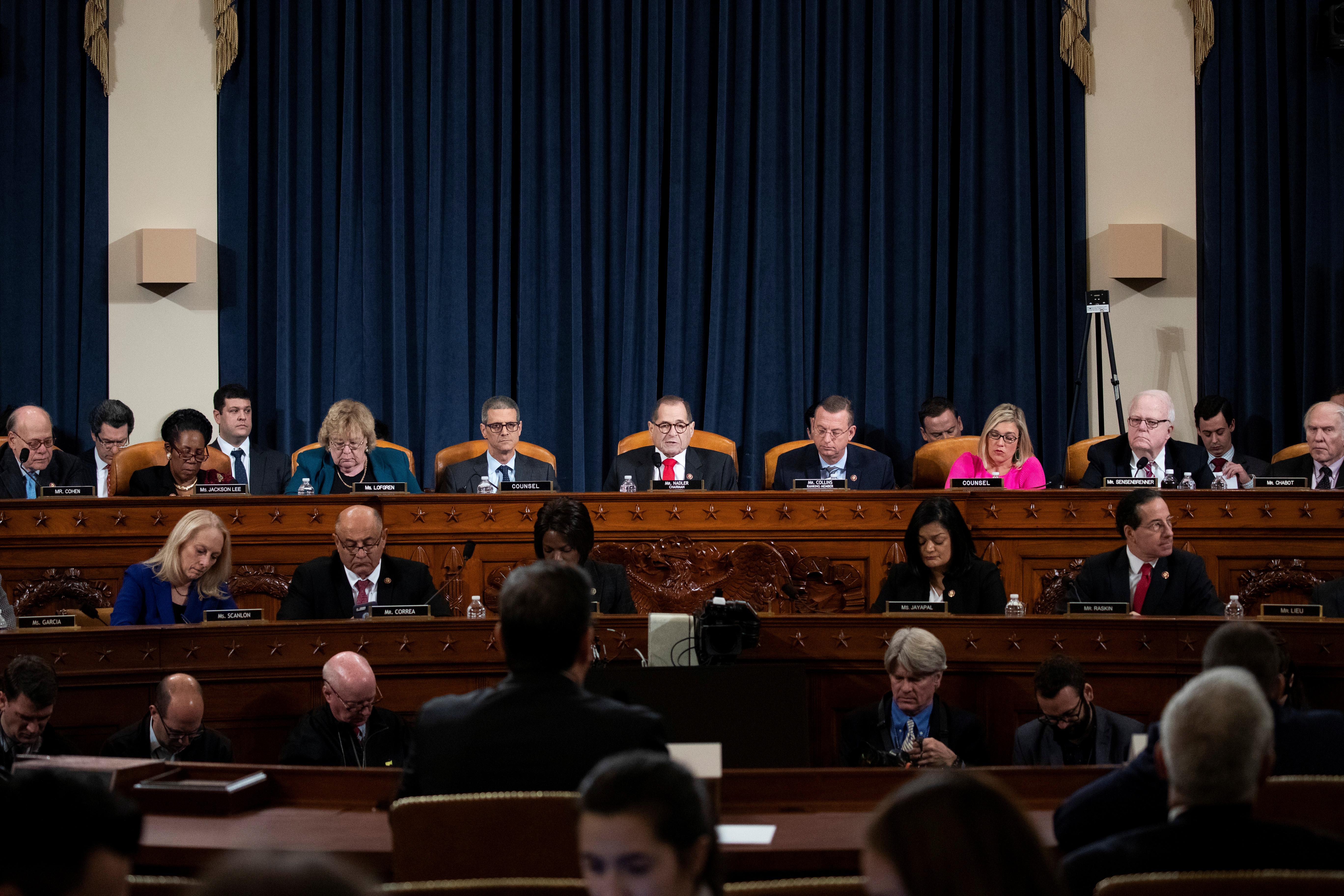 After weeks of investigation into Trump’s request that Ukraine investigate Biden and his businessman son, Hunter Biden, the committee is focused on two articles charging Trump with abuse of power and obstruction of Congress.

Democrats have also accused Trump of abusing his power by withholding $391 million in security aid to Ukraine – a vulnerable U.S. ally facing Russian aggression – and holding back a coveted White House meeting with Ukrainian President Volodymyr Zelenskiy as leverage to pressure Kiev into investigating the Bidens.

But they appeared to back away from basing one of the articles of impeachment on former Special Counsel Robert Mueller’s report on Russian election interference in 2016.

Instead, Democrats suggested they could use Mueller’s findings to demonstrate what they describe as a pattern of behavior by which Trump has sought repeatedly to encourage foreign involvement in U.S. elections and then move to stymie investigators.

Nadler said a visit by Trump’s personal lawyer Rudy Giuliani to Ukraine last week added to a “pattern of conduct” that represented a continuing risk to the United States. Giuliani, a former New York City mayor, is central to the impeachment probe. He has denied any wrongdoing.

Democrats intend to decide which articles to bring forward after Monday’s hearing, which will feature testimony from Democratic and Republican lawyers from the House Intelligence and Judiciary committees.

The proceedings will showcase a 300-page report by Intelligence Committee Democrats that levels allegations of sweeping abuse of power against Trump. 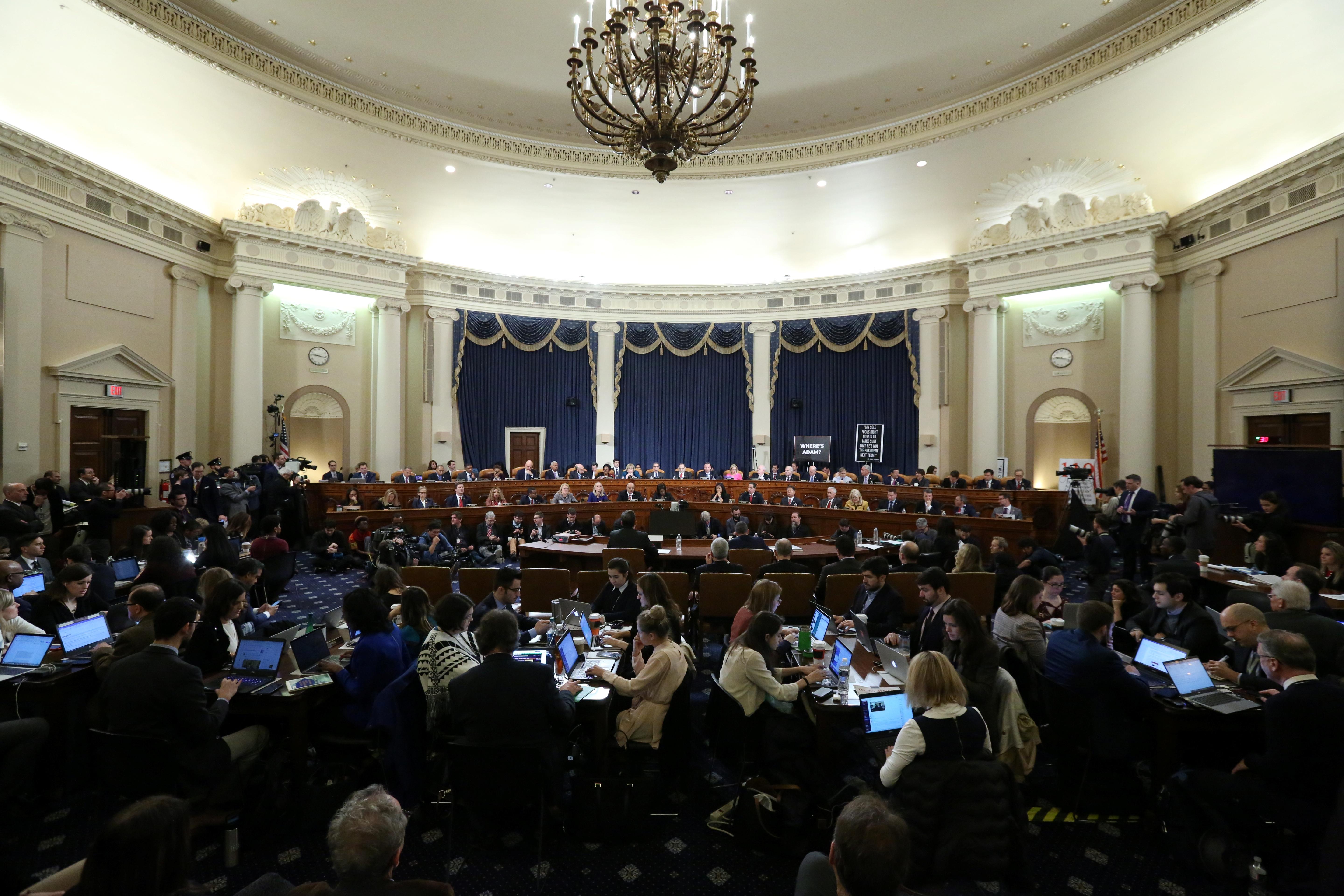 “What we’re hoping is today we will be able to quickly lay out the facts, bring out the most compelling part of the story and … make clear the clear and present danger to the country,” U.S. Representative Pramila Jayapal, a Democrat on the Judiciary panel, told CNN on Monday.

In a letter to the White House released late on Sunday, Nadler said he was formally providing the report and other materials related to the proceedings except for “a limited number” of items containing sensitive information that would be available for White House review at a secure location in the House.

Republicans have their own, 110-page report, which argues that the inquiry has relied on “unelected bureaucrats” who “fundamentally disagreed with President Trump’s style, world view and decisions” but presented no evidence amounting to an impeachable offense.

A General Strategy on How to Select a Crypto Fund, Part 1