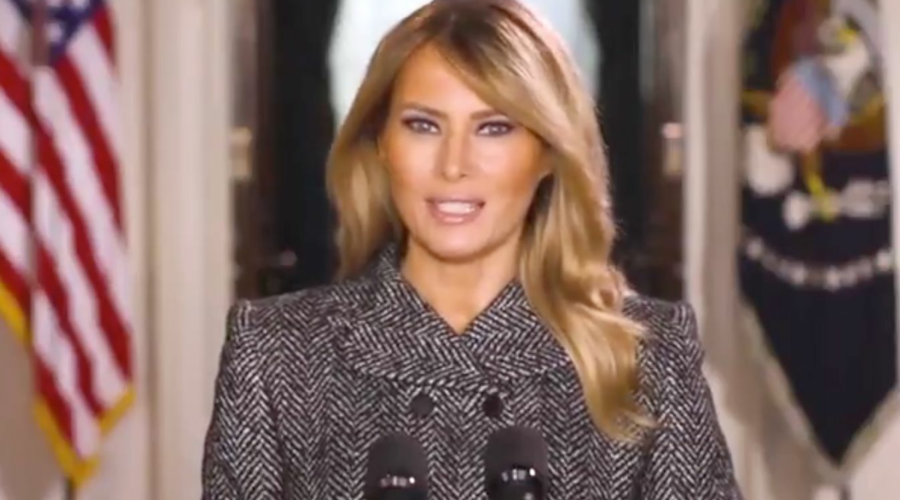 On Monday, she posted a farewell video in which she said serving as the first lady “has been the greatest honor of my life.”

In the video, Trump said that as she and her husband, President Donald Trump, conclude their time in the White House she is thinking “of all the people I have taken home in my heart and their incredible stories of love, patriotism and determination.”

She added: “When I think about these meaningful experiences, I am humbled to have had the opportunity to represent a nation with such kind and generous people.”

Trump also made one last attempt to tout her “Be Best” initiative for raising awareness of how to keep children safe online, spoke of the nation’s opioid crisis and mentioned giving “a voice to our most vulnerable children in the foster care system.”

She then attempted to bring the country together by asking Americans to “focus on what unites us. To rise above what divides us. To always choose love over hatred, peace over violence, and others before yourself.”

You can see the video here:

Although the first lady still has two days left in the White House, many Twitter users preferred “good riddance” over “farewell.”

Some pointed out that the woman who started Be Best didn’t have the courtesy to meet with future first lady Jill Biden like Michelle Obama did for her four years ago.

Some had suggestions to improve the video.

Other reactions were also pretty harsh.

But one person wondered if the video was actually the first lady’s way of shading her husband.