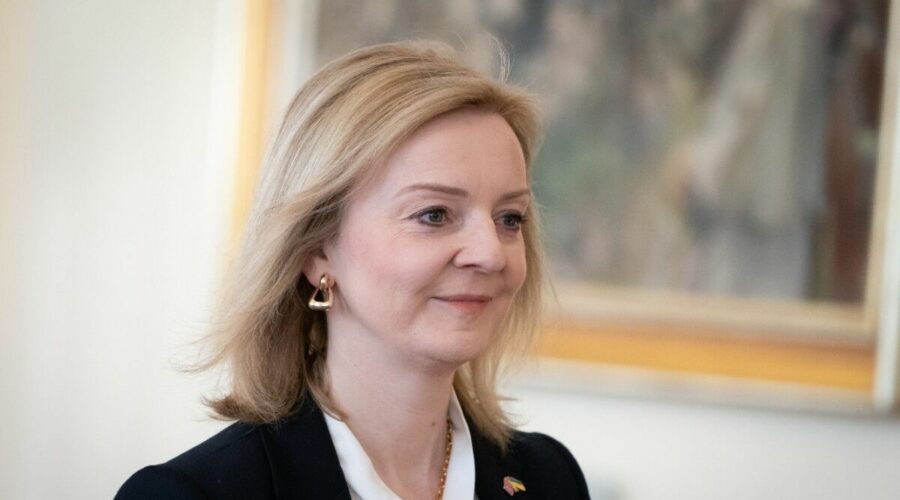 Liz Truss discusses moving away from Russian oil and gas

The Foreign Secretary today launched the “UK-Indonesia Roadmap” between the two democracies which commits them to closer working across a range of important areas from trade and investment, to counterterrorism and cyber security. Most importantly, it commits Britain to closer ties with the Indonesian economy, which is forecast to more than quintuple in GDP with 532 percent growth between 2020 and 2050.

The move cements Ms Truss’s position as a favourite among Tory party members and MPs after she earned the nickname “Brexit superwoman” in her previous role as International Trade Secretary.

She said: “Indonesia is the world’s fourth most populous country, a strong democracy with a vibrant economy and a vital part of our efforts to defend freedom, peace and stability.

“Deeper ties are a win-win, delivering jobs and opportunities for British people while ensuring an open, secure and prosperous Indo-Pacific.”

Ties will also be strengthened by the UK’s offer of over £4billion to finance long-term projects with British expertise and the relaunched British International Investment (BII) entering the Southeast Asian market later this year.

The deal will also boost British security and defence relations, with new defence cooperation, joint training and jungle warfare exercises with the British Army in the pipeline.

The agreement, personally signed off by the Foreign Secretary, will also support a free and open Indo-Pacific, as well as enhance collaboration on investment in sustainable infrastructure projects and industries of the future, like electric vehicles and green technology.

Indonesia is one of the world’s most largely populated countries (272 million) and by 2050, forecast to be the world’s fourth-largest economy.

They share UK values on international law, multilateralism and democracy with the new “Roadmap” set to turbocharge relations.

Significantly, both Britain and Indonesia are looking at applying for one of the world’s biggest trade blocs – the Comprehensive and Progressive Trans-Pacific Partnership (CPTPP).

The CPTPP currently has 11 members including Australia, New Zealand and Malaysia and its GDP is set to overtake that of the EU in a few years.

Unlike the EU, the CPTPP focuses solely on free trade and does not insist on the free movement of people which means the UK can still protect its borders.

Ms Truss has become one of the top-performing cabinet members on the back of signing trade deals around the world since Brexit.

An insider pointed out: “This agreement with Indonesia like so many others would not have been possible without Brexit.”