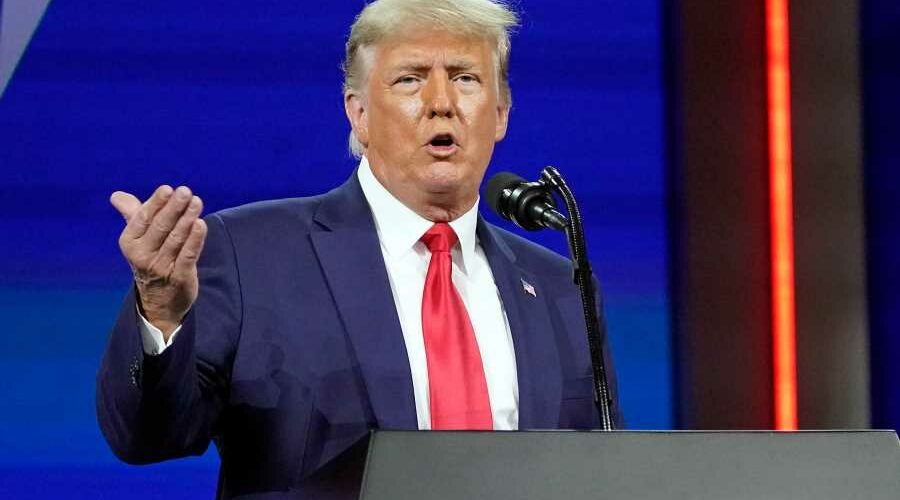 Since leaving office, former president Donald Trump had been playing a peculiar game: He’s demanded credit for the rapid development and deployment of the coronavirus vaccines while refusing to encourage all Americans to do their part and get a jab. He did not even reveal that he had been secretly vaccinated during his last days in the White House in January.

But on Tuesday — following a disturbing NPR poll found that 47 percent of Trump backers said they would not get the vaccine if offered, and after a public appeal from Dr. Anthony Fauci who said Trump’s backing “would make all the difference in the world” — the 45th president delivered a nationally televised endorsement of the vaccine.

What You Can Do About Anti-Asian Violence: 'We Are Part of This Country,' Activists Say

The Covid Queen of South Dakota

Black Sabbath on the Making of 'Vol. 4': 'It Was Absolute Pandemonium'

“I would recommend it. And I would recommend it to a lot of people that don’t want to get it, and a lot of those people voted for me, frankly,” Trump told Fox News Primetime host Maria Bartiromo in a call-in interview. “It is a great vaccine. It is a safe vaccine and it is something that works.” He sang his own praises for speeding the vaccines through the FDA approvals process and insisted: “It works incredibly well. 95 percent, maybe even more than that,” adding: “It is really saving our country and it is saving, frankly, the world.”

Trump had previously offered only tepid encouragement of the vaccine, telling the conservative activist gathered at the CPAC convention at the end of February to “go get your shot.” The new, surprisingly full-throated endorsement of science from Trump comes after weeks of whinging that he was not getting enough political credit for the development of the covid vaccines. In a tweetlike statement released March 10th about “the COVID-19 (often referred to as the China Virus) Vaccine,” Trump wrote: “If I wasn’t President, you wouldn’t be getting that beautiful ‘shot’ for five years at best, and probably wouldn’t be getting it at all. I hope everyone remembers!”

Apparently too peeved about the lack of praise coming his way, Trump chose not not participate in a public health ad released Monday featuring the rest of the living presidents — including 96-year-old Jimmy Carter — urging Americans to get vaccinated.

Trump’s vigorous endorsement of the vaccines could prove important in achieving herd immunity — which scientists believe will occur when roughly 80 percent of the Americans have either been vaccinated against or recovered from covid-19. Polls show a disturbingly high percentage of Americans, up to 30 percent, plan not to get a covid vaccine, raising the specter of what public health officials have called an “endless pandemic.”

A new NPR/Marist poll finds that these Americans are concentrated in Trump’s base. Nearly half (49 percent) of Republican men are not planning to get vaccinated. The poll also found high vaccine refusal rates among white men without college degrees (40 percent), white evangelical Christians (38 percent), and rural Americans (36 percent).

17/03/2021 Politics Comments Off on Trump Tells Supporters to Get Covid Vaccine: 'It Is Really Saving Our Country'
Markets