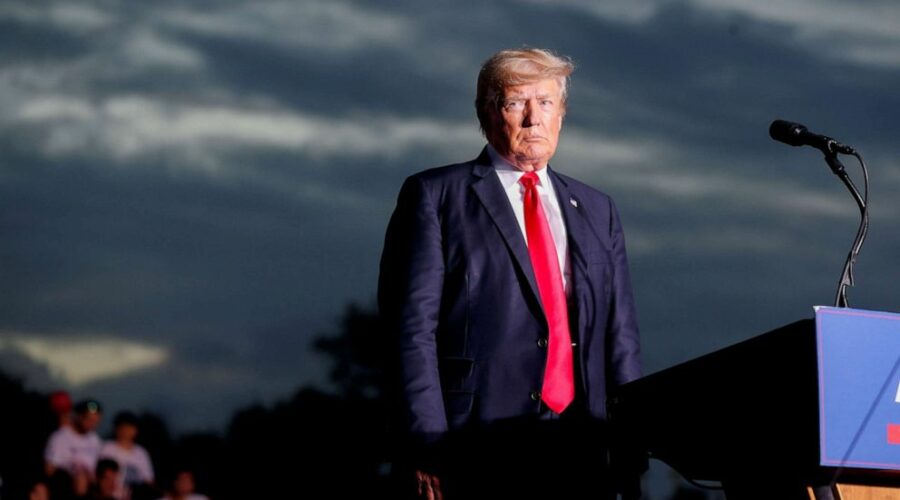 The coming days figure to be defined by who and what gives on the Democratic side, with President Joe Biden’s own party forced to confront divisions in seeking to pass the largest pieces of their collective agenda.

But that only matters because Senate Republicans are there to help things along. Former President Donald Trump is warning his party to hold out, yet key GOP lawmakers either are not listening or do not care.

For all the sway Trump holds over the direction of the Republican Party, his denunciations of the bipartisan infrastructure package have been largely ignored. A weekend procedural vote that came after a Congressional Budget Office estimate was released drew support from 18 Republicans, a total that includes a few who initially voted against starting debate on the bill.

It’s possible even more GOP senators vote for final passage. That’s despite Trump labeling the bill a “disgrace” that would make his party look “weak, foolish, and dumb,” and his advice to Republicans to cut a better deal as part of debt-ceiling negotiations or after the midterms.

“Patriots will never forget,” the former president warned late last month, adding that “lots of primaries” await Republicans who vote for it.

The main obstacle to faster Senate passage has been Sen. Bill Hagerty, a freshman Republican from Tennessee who stocked his Washington office — 13 of his initial 23 hires there — with former Trump administration officials.

But he has precious little company in attempts to slow things from here, with even Senate Minority Leader Mitch McConnell supporting the package’s advancement.

Trump’s threats and warnings were semi-regularly ignored on Capitol Hill when he was still president. Now that he’s no longer in office, even Republicans who profess fealty to him — and some who feed into his conspiracy theories about the last election — feel unconstrained by his policy pronouncements.

If and when the infrastructure deal passes in the Senate, it will have done so with existing Senate rules, and through a process the Biden White House was actively engaged in. It will be a win for Biden and also a message about the limits of Trump’s influence.

The RUNDOWN with Alisa Wiersema

The rapid spread of the delta variant across the country is bringing on a proportionally tense political divide over masking and vaccine mandates that is coinciding with students’ return to in-person schooling.

“We know that kids under 12 are likely to get infected and if we don’t have masks in schools, this virus will spread more widely,” National Institutes of Health Director Dr. Francis Collins told ABC “This Week” anchor George Stephanopoulos. “It will probably result in outbreaks in schools and kids will have to go back to remote learning which is the one thing we really want to prevent.”

In an attempt to curb policies that health experts said are likely to exacerbate the next wave of the pandemic, the White House has taken an increasingly critical stance against Republican governors who oppose mandates in schools, particularly in Texas and Florida where cases continue to surge.

“If you aren’t going to help, at least get out of the way of the people who are trying to do the right thing. Use your power to save lives,” Biden said in recent remarks.

Florida Gov. Ron DeSantis’ executive order threatening to withhold funds from districts requiring masks is already being challenged in lawsuits that question its constitutionality. Meanwhile in Texas, Gov. Greg Abbott included an item on the second special session agenda that seeks to allow kids who choose to return to in-person schooling to do so without mask or vaccine mandates. Without a quorum in the House, it remains to be seen how this issue is addressed.

Those moves not only lay the groundwork for immediate rhetorical clashes, but also put the two Republicans on a political collision course with the president ahead of the midterm elections, as both governors are likely to explore their options for potential future presidential runs.

The TIP with Meg Cunningham

Delegates in the California Republican Party, in a meeting Saturday afternoon, voted — with 90% support — to forgo an endorsement in the Sept. 14 recall election.

In the end, only four candidates met the requirement of 200 delegate signatures to qualify to be endorsed.

Harmeet Dillon, the national committee chairwoman representing California, made an early motion in the meeting to forgo an endorsement, saying that the state party should keep its focus on getting enough voter support for question number one on the ballot.

Caitlyn Jenner and John Cox, two of the top candidates who were not under consideration for the endorsement, pushed against it, citing a similar outlook to Dillon’s.

“Weeks ago I said the @CAGOP must be united to recall @GavinNewsom. I’m glad the delegates kept the focus on Newsom’s failures and are leaving the convention focused on removing Newsom from office,” Cox tweeted after the vote.

Arguably the most important factor in the 2022 midterm elections will be congressional redistricting. The Census Bureau said that it will release the block-level data necessary for redistricting on Aug. 12, which will likely set off a redistricting scramble. Many states face early constitutional or statutory deadlines to finalize their new maps. FiveThirtyEight has launched an updating tracker of proposed congressional maps — and whether they might benefit Democrats or Republicans in the 2022 midterms and beyond.

09/08/2021 Politics Comments Off on Trump sees limits to his GOP sway as infrastructure advances: The Note
Markets