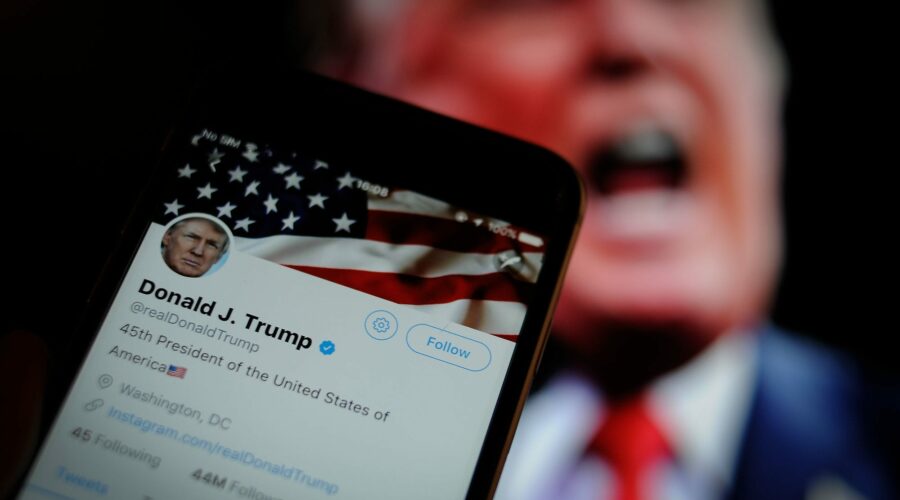 Trump, who has a history of threatening legal action but not always following through, made the announcement at his golf club in Bedminster, New Jersey, at 11 a.m. ET alongside two leaders from America First Policy Institute, the pro-Trump nonprofit group that is supporting the lawsuits.

The legal action, to be filed in federal court in Florida, alleges the tech giants have violated defendants' First Amendments rights, according to a press release from the nonprofit that was shared with CNBC prior to Trump's remarks.

The action was unveiled just over a month after Facebook decided to uphold Trump's ban from using the platform until at least January 2023. Twitter, Trump's preferred social media outlet throughout his one term in office, permanently banned him on the heels of the Jan. 6 invasion of the Capitol by a mob of his supporters.

Trump's spokeswoman Liz Harrington declined to comment ahead of the former president's speech.

The attorney representing Trump in the Facebook suit, Matthew Lee Baldwin of Vargas, Gonzalez, Baldwin, Delombard, did not immediately respond to questions from CNBC about how many suits Trump planned to file, and whether these suits have all been filed in court yet or not.

Wall Street seemed largely unfazed by the news, as shares of Facebook and Google-parent Alphabet outperformed the S&P 500 and Nasdaq Composite.

The announcement comes on the same day that The Guardian newspaper in the U.K. reported that the upcoming book "Frankly, We Did Win This Election" claims that Trump praised Adolf Hitler to his then-chief of staff John Kelly. Trump allegedly said: "Well, Hitler did a lot of good things."

Trump denied he said it, according to the book's author, Wall Street Journal reporter Michael Bender, The Guardian said.

This is breaking news. Please check back for updates.

— CNBC's Tom Franck and Christina Wilkie contributed to this report.