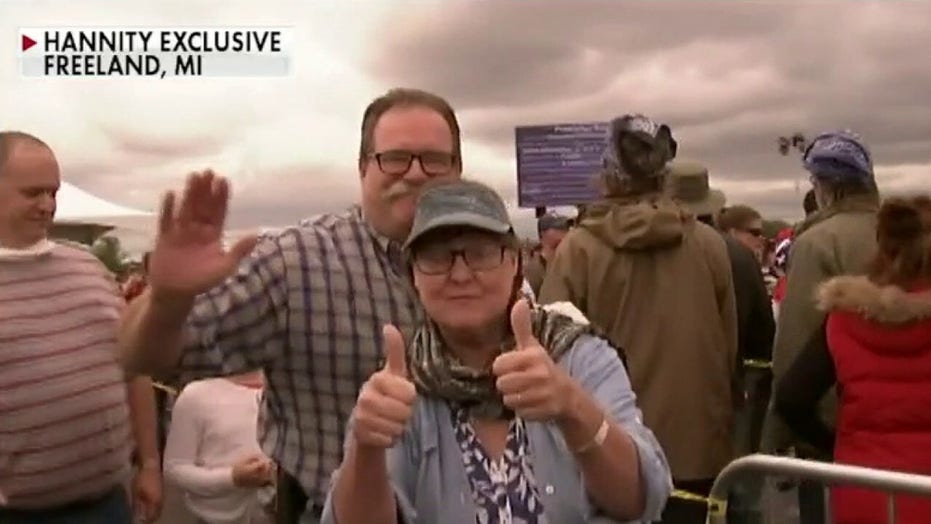 Attendees of President Trump's Thursday rally in Michigan told "Hannity" election correspondent Lawrence Jones that they support the Republican because he "tells it like it is."

"Why are you supporting the president?" Jones asked one woman wearing a "MAGA" hat.

"Because he tells it like it is," she answered. Two other women told Jones that "he's real." One man indicated that Trump "tells the truth."

"If you ask me, I think we've been surrounded by a bunch of people that aren't telling us the truth," he told Jones.

Others at the rally said they didn't believe polling that showed former Vice President Joe Biden beating Trump in the 2020 election.

When asked whether Biden had a shot at winning Michigan, the first woman said "no, he's got to be conscious." One man similarly criticized Biden's public appearances, saying that "he can't even finish a whole sentence."

However, a plurality of voters (48 percent versus 43 percent) said they thought Trump would win the election.

11/09/2020 Politics Comments Off on Trump rally attendees open up to Lawrence Jones about their support: 'He tells it like it is'
World News