Who has benefited from IG report results?

There are a number of issues that can be discussed from arms control, to Ukraine and Syria, but reportedly Trump has asked Pompeo to work on the U.S.-Russia business relationship and that he and Sergey Lavrov will also discuss arms control issues that hopefully can be expanded to include China.

The visit by Lavrov, however, could be overshadowed by Ukraine-related impeachment proceedings that are picking up steam in the House.

Lawmakers are drafting articles of impeachment alleging Trump abused his power by withholding military aid to Ukraine unless its new leader pledged to investigate the son of his political rival Joe Biden.

Although the impeachment inquiry centers on Ukraine, which is fighting Russian-backed separatists in its east, Russia has been a major topic in the proceedings.

Numerous witnesses have told investigators that Trump's defenders are echoing a Russian disinformation campaign by accusing Ukraine of meddling in the 2016 presidential election.

The meeting also comes a day after the Justice Department's internal watchdog found that the FBI was justified in opening its investigation into ties between the Trump presidential campaign and Russia. 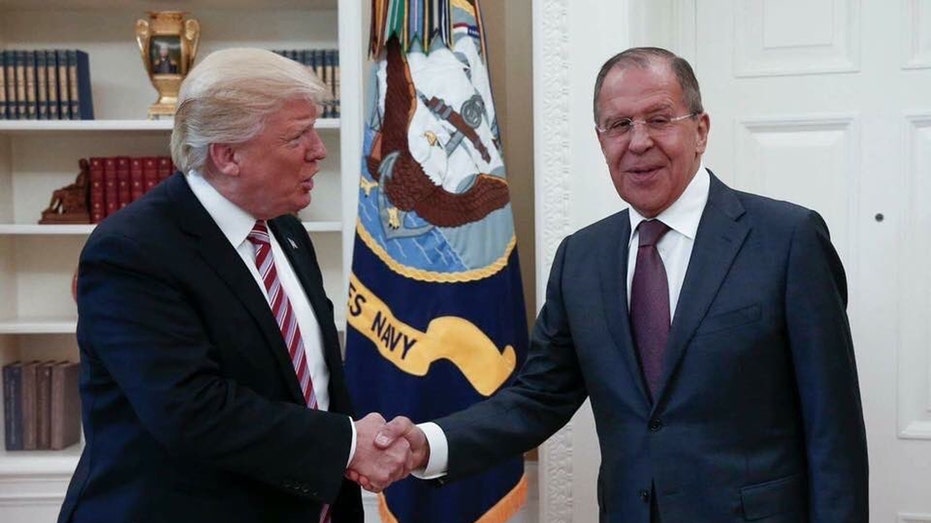 “We didn't pick this date to coincide with the process on Capitol Hill, but we can’t allow the zaniness that’s taking place on Capitol Hill to impact our job,'' Pompeo said.

Trump will meet at the White House with Lavrov, according to a senior administration official, who was not authorized to publicly disclose Trump's meeting and spoke only on condition of anonymity.

Lavrov also is slated to spend time at the State Department where he and Pompeo are to hold a joint news conference.

The presidents of Ukraine and Russia agreed Monday to revive the peace process on the bloody separatist conflict in eastern Ukraine and exchange all their prisoners, but they failed to resolve crucial issues such as a timeline on local elections and control of the borders in the rebel-held region.

The Associated Press contributed to this article.