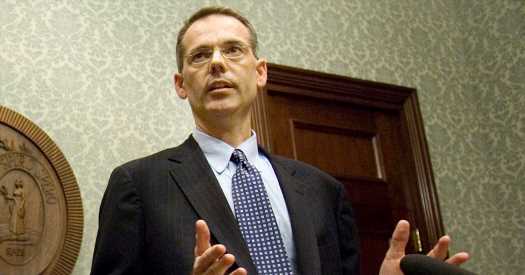 Former President Donald J. Trump has abruptly parted ways with five lawyers handling his impeachment defense, just over a week before the Senate trial is set to begin, people familiar with the situation said on Saturday.

Mr. Trump had pushed for his defense team to focus on his baseless claim that the election was stolen from him, one person familiar with the situation said. A person close to Mr. Trump disputed that that was the case but acknowledged that there were differences in opinion about the defense strategy. However, Mr. Trump has insisted that the case is “simple” and has told advisers he could argue it himself and save the money on lawyers. (Aides contend he is not seriously contemplating doing so.)

The decision for Mr. Bowers to leave was “mutual,” another person familiar with the situation said, adding that Mr. Trump and Mr. Bowers had no chemistry, a quality the former president generally prizes in his relationships. Mr. Trump prefers lawyers who are eager to appear on television to say that he never did anything wrong; Mr. Bowers has been noticeably absent in the news media since his hiring was announced.

Jason Miller, a Trump adviser, said that the former president and his aides had “not made a final decision on our legal team.”

Mr. Bowers is the only lawyer whom Mr. Trump’s aides had confirmed would defend the former president. Senator Lindsey Graham, a close ally of Mr. Trump’s who represents South Carolina, was said to have helped line up Mr. Bowers, a well-known figure in the political world there who was working to establish a broader team.

The departures of Mr. Bowers and Ms. Barbier were previously reported by CNN. A third lawyer, Josh Howard, of North Carolina, is also no longer part of the team, another person familiar with the situation said. And two other lawyers from South Carolina, Johnny Gasser and Greg Harris, will also no longer be involved, one of the people familiar with the situation said.

Mr. Trump is due to file a response to the House charges by Tuesday.

The question of who will represent Mr. Trump in his Senate trial has vexed him and his advisers since it became clear that he would become the first American president to be impeached twice.

This month, Democrats in the House, joined by 10 Republicans, charged Mr. Trump with “incitement of insurrection” for his role in instigating a violent mob that stormed the Capitol on Jan. 6 as Congress convened to affirm President Biden’s victory in the November election.

During various investigations while he was in office, Mr. Trump has struggled to find — or retain — lawyers to defend him, and the announcement of Mr. Bowers’s hiring capped weeks of frantic searching.

Mr. Trump’s lawyers from his impeachment trial last year are not expected to be involved this time. They include Jay Sekulow, the former White House counsel Pat A. Cipollone and his deputy, Pat Philbin, and another lawyer who worked in the West Wing, Eric Herschmann.

Rudolph W. Giuliani, who worked as Mr. Trump’s personal lawyer during the special counsel’s investigation into whether the Trump campaign in 2016 had colluded with Russian officials, has made no secret of wanting to defend Mr. Trump in the second impeachment trial.

But Mr. Giuliani is a potential witness because he spoke at a rally of Trump supporters on Jan. 6, hours before hundreds marched to the Capitol and rioted. Almost all of Mr. Trump’s advisers blame Mr. Giuliani, who encouraged Mr. Trump’s desire to find ways to overturn the election results and to call their legitimacy into question, for the latest impeachment.

They also blame him in part for Mr. Trump’s first impeachment, which was driven by the former president’s interest in pressuring Ukraine to investigate the Biden family. Mr. Giuliani repeatedly encouraged Mr. Trump to believe baseless allegations related to Mr. Biden’s son, Hunter, and his business activities in Ukraine.

The second impeachment trial is set to begin on Feb. 9. This week, 45 Republican senators voted in support of a measure brought forward by Senator Rand Paul of Kentucky calling the trial unconstitutional because Mr. Trump is no longer in office. That all but five Republican senators voted to challenge the constitutionality of the trial suggested a likely acquittal for Mr. Trump.

Democrats have pushed back, noting that Mr. Trump was impeached by the House while still in office.

Still, the question of constitutionality is likely to be a key part of Mr. Trump’s defense. And his advisers were buoyed by the show of Republican support for the Paul measure, believing it was an indication that Mr. Trump would be spared a conviction.

The Senate needs a two-thirds majority, or 67 votes, to convict Mr. Trump, meaning 17 Republicans would need to cross party lines to side with Democrats in finding him guilty. An additional vote, this one requiring a simple majority, would be needed to disqualify him from holding office again. Still, most of his aides say they doubt he will run for office again.