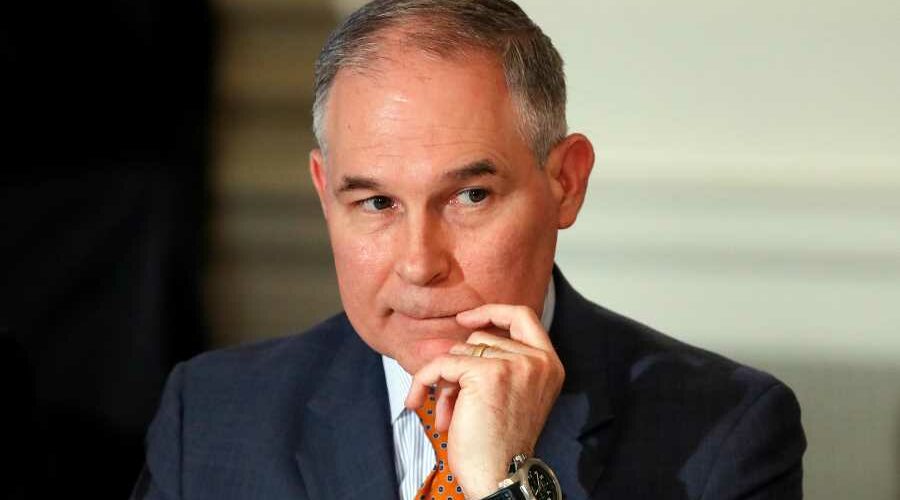 Scott Pruitt, the former head of the Environmental Protection Agency under Donald Trump, regularly ordered his drivers to speed because he couldn’t stop being late to meetings, The New York Times reported on Thursday, citing an EPA investigation.

One such instance was a 2017 trip driving through oncoming traffic on the streets of Washington, D.C., with lights flashing and sirens blaring, just to pick up Pruitt’s dry cleaning. “Can you guys use that magic button to get us through traffic?” Pruitt would say, according to the report. Members of his protection detail found these requests “difficult to not follow.” One former deputy chief of staff to Pruitt said that adhering to them meant making trips “overly obnoxious, excessive, and more dangerous to everyone.”

He Helped Bring Down a Top Trump Crony. Now He's Driving for Uber

How True Is 'Respect'? Fact-Checking the Aretha Franklin Biopic

The report also notes that when Pruitt again was running late and mentioned using lights, a member of his security detail explained that doing so would violate policy. Afterward, Pruitt “was visibly upset and was silent for an uncomfortable time in the car.” The report notes that that officer was removed from their position a few days later. A second officer who had been in the vehicle “described that this action sent a clear message … that if you didn’t perform the bidding of the Administrator, you would lose your job.”

Eventually, a supervisor even told members of Pruitt’s security detail “to disable/unplug the lights and sirens so they wouldn’t use them because the administrator will still instruct they be used, but the agent can say they don’t work.”

These findings were included in a letter from the United States Office of Special Counsel to President Biden. The office described investigations the EPA conducted after four whistleblowers raised alarm. Pruitt “engaged in improper and excessive spending of agency funds on travel and security; used his official position for his personal benefit and the personal benefit of certain E.P.A. staffers; and endangered public safety,” the letter read.

Pruitt resigned in 2018 amid reports about his habit of spending of government money on everything from first-class travel to having a sound-proof booth installed in his office. In 2019, the EPA confirmed that he had spent just under $124,000 on “excessive” travel, and the Government Accountability Office found that the construction of the booth was illegal.

Pruitt is a now Republican candidate for Senate in Oklahoma. He served as the state’s attorney general for six years, during which he described himself as “a leading advocate against the EPA’s activist agenda.”