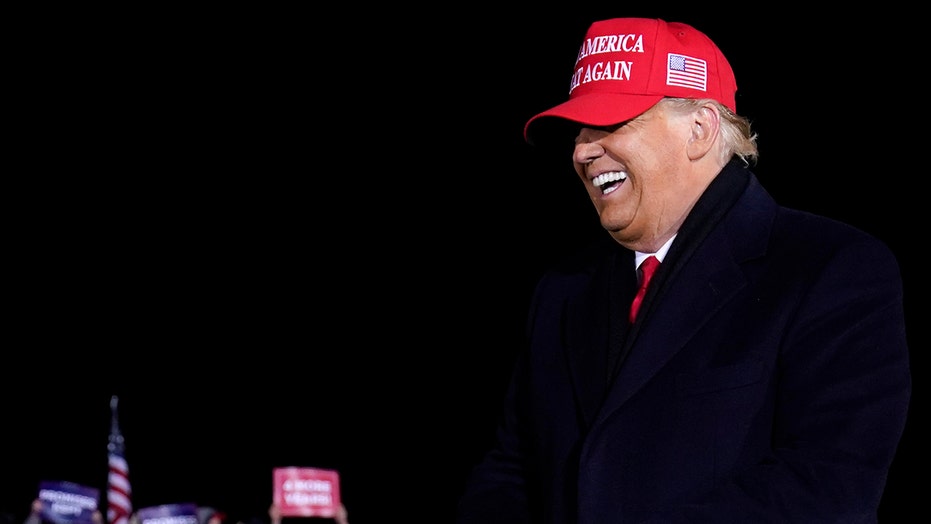 Biden campaign manager O’Malley Dillon says ‘under no scenario will Donald Trump be declared a victor on election night’; reaction from the president on ‘Fox &amp; Friends.’

"That was a very weird quote," he said during a Tuesday morning interview with "Fox & Friends." "And I don't know what she meant, except maybe she is talking about the very strange decision made by the U.S. Supreme Court that allows extra time and a lot of other things."

"It allows for chaos, frankly. And so maybe she is talking about that. Maybe you can blow out Pennsylvania so you don't have to do it," the president noted.

Trump said he was not "intimidated" by the Biden campaign's stance and said he doesn't know who Biden's campaign manager is. 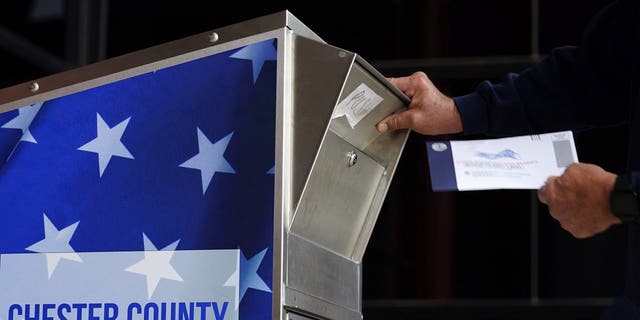 In this Oct. 23, 2020, file photo, a man drops off his ballot for the 2020 General Election in the United States outside the Chester County Government Services Center in West Chester, Penn. (AP Photo/Matt Slocum, File)

"I have no idea who she is. She has something to do with his campaign, I guess. No. It was a strange quote. It was not a smart quote either, I think," he said.

Recent decisions by the U.S. Supreme Court have allowed Pennsylvania and North Carolina to extend their deadlines for election officials to receive ballots.

"The decision on Pennsylvania was a horrible decision," Trump said Tuesday. "There's just no reason to go beyond the date. People should put their ballots in early. You don't have to wait until the end. Why are they waiting till the end? They have it for a long time. They put their ballots in early and there's plenty of time to count it, tabulate it and do it through a normal course."

Both measures reached the Supreme Court amid challenges from Republicans. Under the current rulings, Pennsylvania officials will be able to count ballots received up to three days after the election. In North Carolina, the deadline has been extended nine days, to Nov. 12.

Both states are battlegrounds where turnout could be a major factor in whether President Trump or former Vice President Joe Biden pick up the states' electoral votes.

“Trump will try to go out there and declare victory in an unfounded way,” Dillon said, noting that Biden will “address the American people.”

“We’re not really concerned what Donald Trump says on election night because what he says might have nothing to do with the reality of it,” Dillon said. “We’re not going to get distracted by it.”