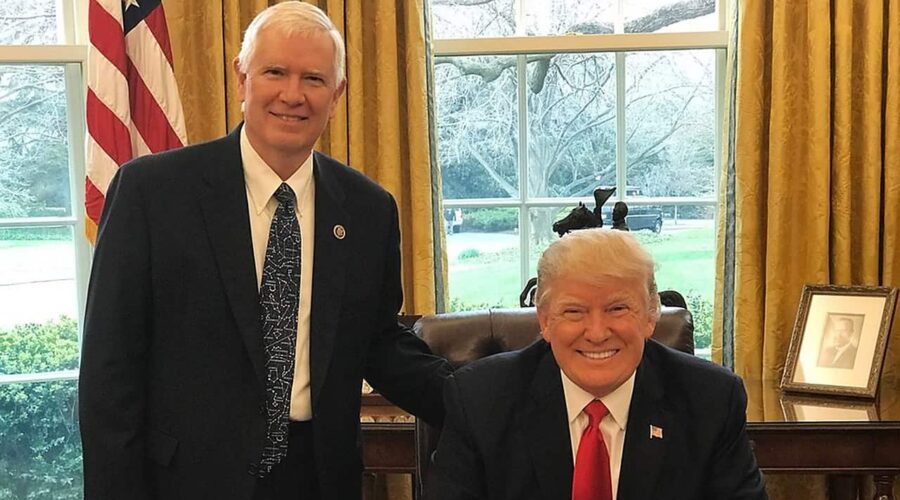 Former President Donald Trump sounds off on the migrant crisis unfolding at the southern border on ‘The Faulkner Focus.’

Former President Trump weighed in on Wednesday in the Republican Senate primary in Alabama, endorsing Rep. Mo Brooks, one of his biggest supporters in the House of Representatives.

“Mo Brooks has my Complete and Total Endorsement for the U.S. Senate representing the Great State of Alabama. He will never let you down!” the former president wrote in a statement released by Save America, Trump’s leadership political action committee.

The former president’s backing doesn’t come as a total surprise.

As he formally announced his candidacy late last month in the race to succeed retiring GOP Sen. Richard Shelby, Brooks was accompanied by Stephen Miller, a top adviser to Trump during his tenure in the White House and the architect of the Trump administration’s hard line on illegal immigration.

Miller, who before his tenure with the Trump administration was a congressional aide with former Rep. John Shadegg of Alabama and later former Sen. Jeff Sessions of Alabama, spoke and endorsed Brooks.

In an interview with Fox News, Miller emphasized, “I can tell you from firsthand experience that the White House and the president considered Mo an invaluable ally during the entirety of the Trump administration, and that Mo has been an unyielding fighter on behalf of President Trump and the Trump agenda and the values that we all share.” 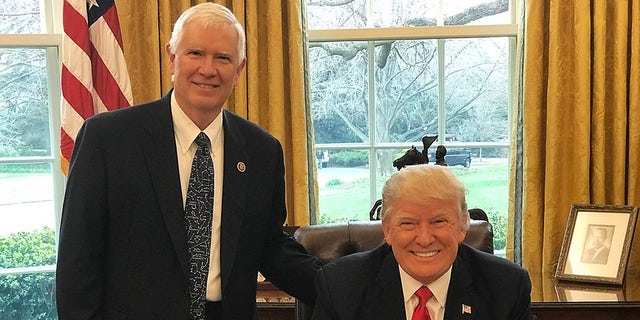 Trump stressed similar sentiments in his statement, writing, “Few Republicans have as much COURAGE and FIGHT as Alabama Congressman Mo Brooks. Mo is a great Conservative Republican leader, who will stand up for America First no matter what obstacles the Fake News Media, RINOs, or Socialist Democrats may place in his path. Mo Brooks is pro-life, loves our Military and our Vets, will protect our Second Amendment, combat the Biden open borders agenda, is fighting for voter integrity (like few others).”

Brooks, a six-term representative who was first elected in 2010 to Alabama’s 5th Congressional District in the northern tier of the state, spotlighted his support for Trump during his campaign kickoff, saying, “I fought with President Trump for the Make America Great Again agenda and for the wall on our southern border.”

Brooks was one of the first Trump loyalists to publicly declare he would object to certifying Joe Biden’s victory over Trump in the 2020 election. Brooks delivered fiery remarks at a “Stop the Steal” rally near the White House on the morning of Jan. 6. The congressman told Trump supporters at the rally that “today is the day American patriots start taking down names and kicking ass.”

Soon after the rally concluded, right-wing extremists and other Trump supporters stormed the U.S. Capitol, as they attempted to disrupt congressional certification of Biden’s Electoral College victory. Five deaths occurred related to the insurrection — including a Capitol police officer — scores were injured and the Capitol was vandalized.

The endorsement of Brooks by the former president could possibly be the icing on the cake in a state that Trump won by 26 points last November.

The 66-year-old Brooks wasn’t the only Republican in the race who was hoping to receive the former president’s blessing. The other declared GOP candidate in the Alabama Senate race was also showcasing her support for the former president: Businesswoman Lynda Blanchard, who served as U.S. ambassador to Slovenia during the final two years of the Trump administration.

While her name ID in the state is much lower than Brooks’, she has the ability to self-finance her campaign. Blanchard, who along with her husband contributed nearly $2 million to Trump’s two presidential runs, said she was making an initial $5 million deposit in her Senate campaign committee when she announced her candidacy last month.