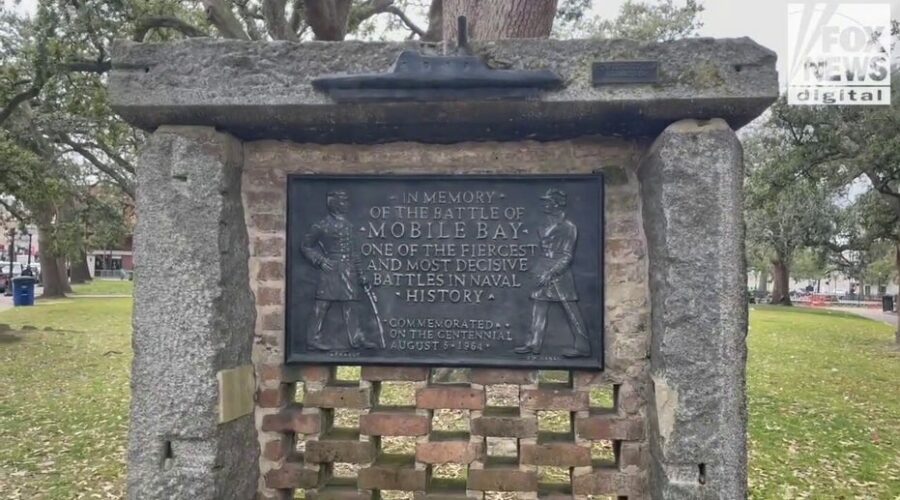 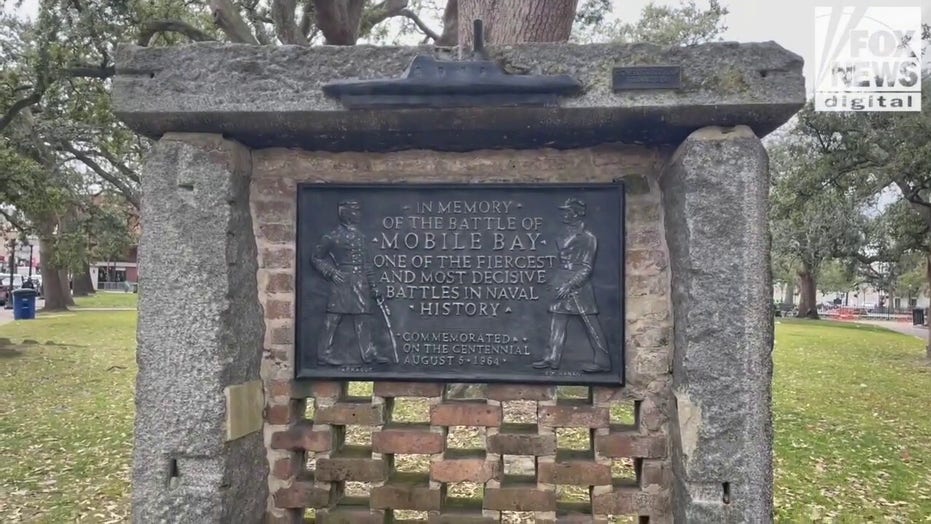 WATCH NOW: Alabama voters call for common sense and a president who is ‘actually going to do the job’

Former President Trump has been out of the White House for a little more than a year, but his endorsement continues to have an impact on elections across the country, especially in solid red Alabama.

Trump withdrew his endorsement of Rep. Mo Brooks, R-Ala., in the state’s open seat GOP Senate primary on Wednesday and said that a new endorsement would be issued in “the near future.” With Trump’s endorsement up for grabs, the question is who will earn that title in the state that overwhelmingly supported Trump in both the 2016 and 2020 presidential elections.

“It’s hard to ignore the real story here, Mo Brooks sliding,” said Alabama Daily News Publisher Todd Stacy, according to WBRC Fox 6. “Only 16% in this poll, that’s down from 40% of the electorate in August, that’s an incredible slide that I have … to attribute to him not getting his message out – he’s not had a whole lot of ads that really support his campaign, but more importantly he’s had about $1.5 million dollars of ads spent from PACS attacking him.” 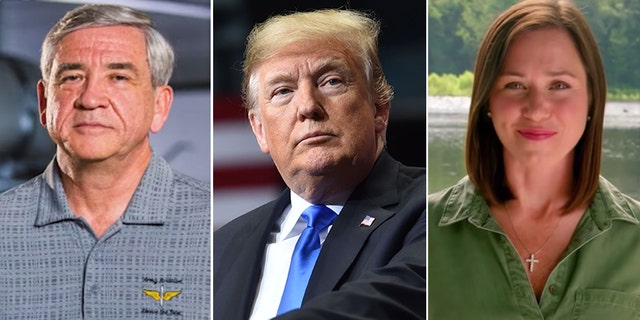 Both Durant and Britt recently held private meetings with Trump, and while few details are known from those meetings, one thing is clear: Trump is looking for a new candidate to toss his support behind after claiming Brooks was “unstoppable” when he initially gave him an endorsement.

Asked Thursday whether she would welcome an endorsement from Trump, Britt told Fox News Digital, “Absolutely.”

“We’d be thrilled to earn President Trump’s endorsement,” Britt said. “I’ve enjoyed the opportunity to meet with and talk with President Trump a few times about our race.”

“What we’re hearing every day is that Alabamians miss President Trump’s strength and America First leadership, and that people across Alabama know that Joe Biden’s weakness is making us more vulnerable and the world a more dangerous place,” Britt added, claiming she is the “best candidate to fight for the MAGA agenda” and defend Christian conservative values in the Yellowhammer State. 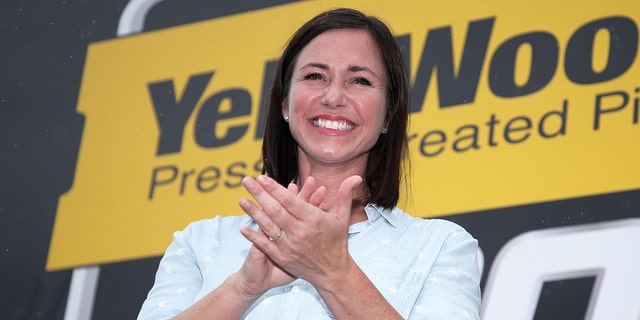 “Alabama patriots who overwhelmingly support President Trump — from our farmers to our foresters, builders, manufacturers, linemen, and small business owners — are standing strong with our campaign, because they’ve known where I stood from day one.”

Fox News Digital did not receive an immediate response from the Durant campaign, however Durant offered remarks similar to that of Britt’s through a spokesperson to AL.com.

“I’m not surprised, I was with the president on Monday and he shared with me personally how frustrated he was with him,” Durant said of Trump’s decision to withdraw his endorsement of Brooks. “I told him that I am the clear America first candidate in this race.”

“Other candidates have refused to even mention President Trump, but I have proudly carried the America First banner in this race and always will,” Durant added, as reported by the outlet.

Conservative commentator CJ Pearson, who recently wrote an article detailing Durant’s past rhetoric that distanced himself from election integrity opinions held by Trump, shared an image to Twitter on Thursday that showed a printed version of his story signed by Trump with the words “thank you” written across it.

“The Trump endorsement still matters in Alabama,” Mitt Walker, director of governmental and agricultural programs for the Alabama Farmers Federation, told Fox News Digital. “President Trump was and continues to be a tremendous supporter of farmers across the country and especially here in Alabama.”

“Our grassroots members made the decision to endorse Katie Britt months ago,” Walker said. “I think it was her work ethic that our members were initially drawn to, but they quickly saw her passion and her strong conservative credentials.” While speaking to farmers and rural Alabamians, Walker said Britt “listened to them and learned from them, all the while earning their trust.”

Asked about Durant’s candidacy, Walker seemingly dismissed it and said he was not aware of attempts by Durant “to engage with our organization.”

“He has not reached out to our organization in an official capacity,” Walker said. “I don’t hear reports of him visiting with people around the state, and our farmers just don’t know him. While some people may be intrigued by his ads, I don’t know anyone who can vouch for him on a personal level.”

Walker said he encourages Trump “to look to the candidate that has earned the endorsement of the farmers whom he so strongly supported” as he mulls his decision.

Echoing Walker’s remarks, Allen Harris, CEO of Bailey-Harris Construction and board member of the Associated Builders and Contractors of Alabama (ABC), told Fox News Digital he believes a Trump endorsement “will be very positive” and suggested that the former president must be “informed” about past rhetoric from candidates before he makes a decision.

“As beauty is in the eyes of the beholder, so too, are opinions on the importance of his endorsement,” Harris said. “To Alabamians, they would prefer to see Trump endorse versus not have an endorsement, in my view.” 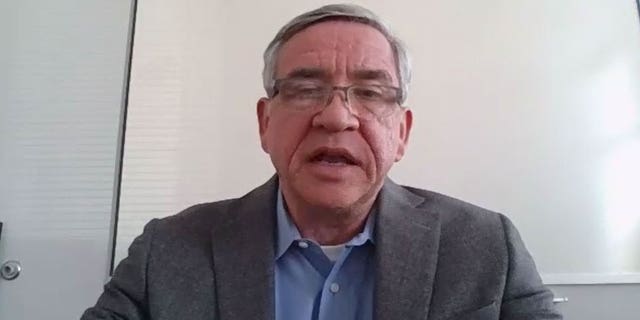 “Durant is not a conservative. Durant is a fraud,” Harris said when asked about the likelihood of a Trump endorsement for Durant.

“Mr. Trump is not a fool, and to protect Alabama, it is essential that Mr. Trump is informed,” Harris concluded.

In February, FOX Business reported that More Perfect Union, a national group tied to Big Tech executives, is seeking to move the center of power in the U.S. Senate to the middle by electing moderate senators in races this year and beyond. The group, which appears to be offering substantial support for Durant’s candidacy, was founded in 2020 by Jake Harriman – an entrepreneur, international social justice activist and a Marine Corps veteran.

According to a digital outline of the group’s agenda, which was obtained by Fox News Digital, Harriman’s organization aims to help elect a bipartisan “fulcrum” of U.S. senators by targeting “open seats and only play in Primaries in deep Red & Blue states.” 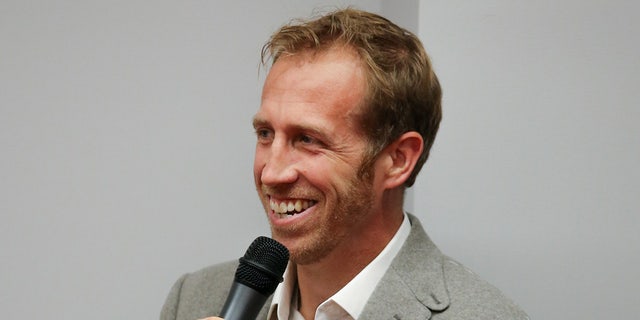 Last Saturday, while speaking at a campaign event in Madison, Alabama, Durant denied affiliation with the group but did acknowledge that he had met with Harriman.

“Yes, I’ve met with Jake,” Durant added. “I mean, I talked to him. He’s a veteran also, former Marine. He wanted to talk to me. I talked to him. But I am not beholden to them at all. Sorry, I’m just emotional about this because, well, it’s propaganda, and there’s no evidence to support it other than I talked to the guy, OK?”

On Wednesday, Trump said that comments Brooks made nearly a year ago about getting past the results of the 2020 election moved him to make the decision to withdraw his endorsement of the senate candidate as new polling shows Brooks trailing behind Durant and Britt. 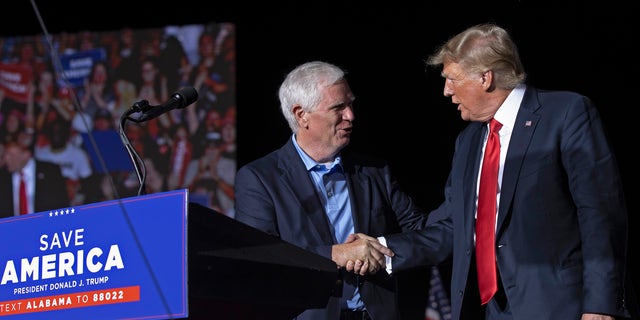 Following the 2020 presidential election of Joe Biden, it was Brooks, who is now being referred to by the former president as “woke,” that echoed support for some of Trump’s claims of election fraud.

“Mo Brooks of Alabama made a horrible mistake recently when he went ‘woke’ and stated, referring to the 2020 Presidential Election Scam, ‘Put that behind you, put that behind you,’” Trump said in a statement that referenced comments Brooks made during a rally last summer. “I said, ‘Mo, you just blew the Election, and there’s nothing you can do about it.’ Very sad but, since he decided to go in another direction, so have I, and I am hereby withdrawing my Endorsement of Mo Brooks for the Senate.”