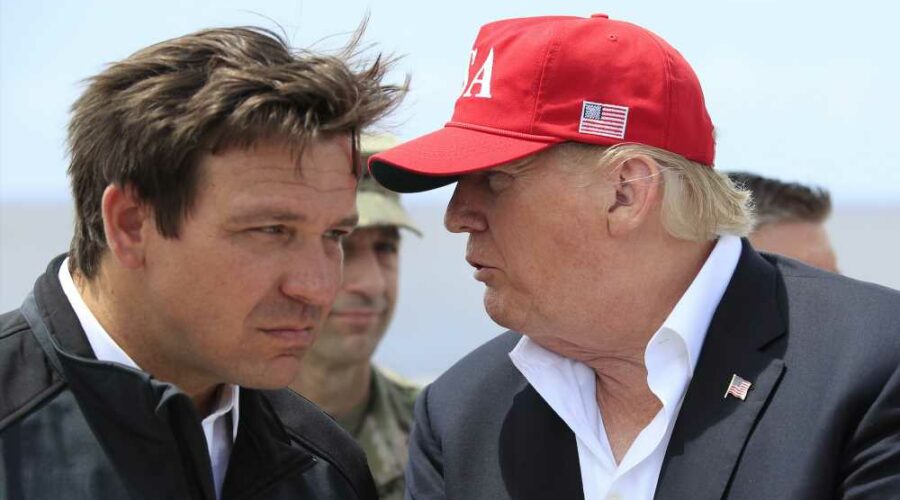 Even though former president Donald Trump has not publicly announced he will run in 2024, he is already trash-talking one of his potential opponents, Ron DeSantis, Florida’s Republican governor.

Speaking about a possible campaign, Trump said in an interview with Yahoo Finance’s Ben Werschkul that he was confident he would “beat” DeSantis if the governor runs for the Republican presidential nomination.

“If I faced him, I’d beat him like I would beat everyone else,” Trump said.

But, Trump added, he thinks most Republican challengers would choose not to run if he decided to try for a second term.

So far DeSantis has not publicly committed to a presidential run. In an interview with Fox News, he played coy, saying he is focused on running for a second term as governor and that a 2024 run is “way down the road.”

“I’m not considering anything beyond doing my job. We got a lot of stuff going on in Florida,” DeSantis told Sean Hannity. “I’m going to be running for reelection next year.”

While recent polls do not show DeSantis — or any Republican for that matter — getting anywhere near the support Trump has, a source close to the former president told Vanity Fair last week that “Trump fucking hates DeSantis.”

“He just resents his popularity,” the source said.