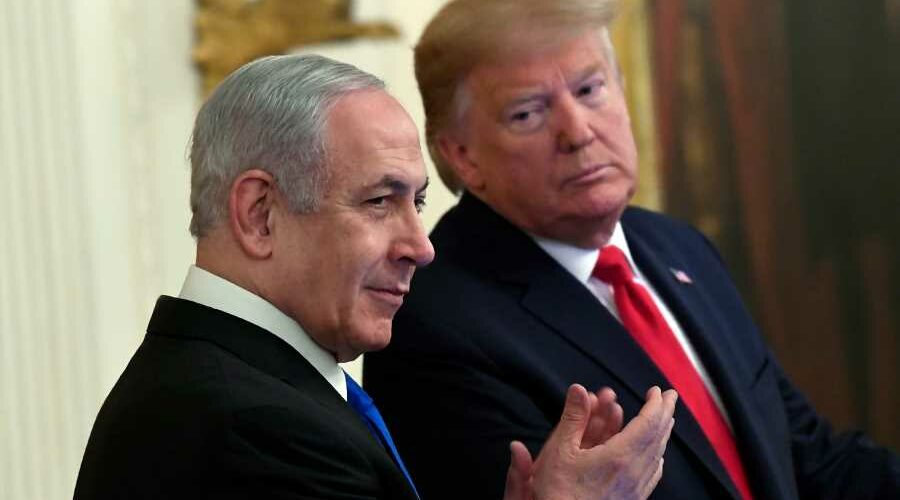 “We will get it done,” former President Donald Trump said in May 2017, vowing to achieve a peace deal between Israel and Palestine during his time in office. He later described bringing peace to the Middle East as “not as difficult as people have thought over the years.”

Flash forward four years. Trump was not able to “get it done” as he promised and is now blaming former Israeli Prime Minister Benjamin Netanyahu for the failure. In an interview with Axios correspondent Barak Ravid, Trump said Netanyahu “never wanted peace” with the Palestinians.

“I don’t think Bibi ever wanted to make peace,” Trump told Ravid, using a nickname to refer to Netanyahu. “I think he just tapped us along. Just tap, tap, tap, you know?”

'Silence of the Lambs': 'It Broke All the Rules'

There is little love lost between Trump and Netanyahu. Ravid, who spoke to Trump for his new book Trump’s Peace: The Abraham Accords and the Reshaping of the Middle East, reported last week that Trump said, “Fuck him,” when he was asked about his relationship with Netanyahu. Trump was reportedly upset that Netanyahu publicly congratulated Biden on his election win as Trump was desperately trying to push the narrative that the election had been stolen.

Trump before he was even inaugurated announced that his son-in-law, Jared Kushner, would be in charge of crafting a peace deal. “I figured, look, you know the expression, ‘What do you have to lose?’” Trump told Ravid of the decision. Trump in Jan. 2020 revealed a plan for peace with Netanyahu by his side, but Palestinians rejected it at the outset and were not part of the negotiations.

Trump told Ravid that when he met him earlier in his presidency, he thought Palestinian President Mahmoud Abbas seemed more amenable to making a deal than Netanyahu. “I thought he was terrific,” Trump told Ravid, adding that Abbas “was almost like a father,” that he “couldn’t have been nicer,” and that Trump thought “he wanted to make a deal more than Netanyahu.” Abbas ended Palestine’s relationship with the Trump administration, except on issues of security, after Trump moved the U.S. Embassy in Israel from Tel Aviv to Jerusalem in Dec. 2017, recognizing Jerusalem as the country’s capital.

But, of course, Trump’s own actions could not have possibly been responsible for the failure to reach a two-state solution. Trump’s a deal guy! He can make any deal! “My whole life is deals. I’m like one big deal,” he told Ravin. “That’s all I do, so I understand it. And after meeting with Bibi for three minutes … I stopped Bibi in the middle of a sentence. I said, ‘Bibi, you don’t want to make a deal. Do you?’ And he said, ‘Well, uh, uh uh’ — and the fact is, I don’t think Bibi ever wanted to make a deal.”

14/12/2021 Politics Comments Off on Trump Blames Netanyahu, Not Himself, for Failed Israel-Palestine Peace Deal
Markets