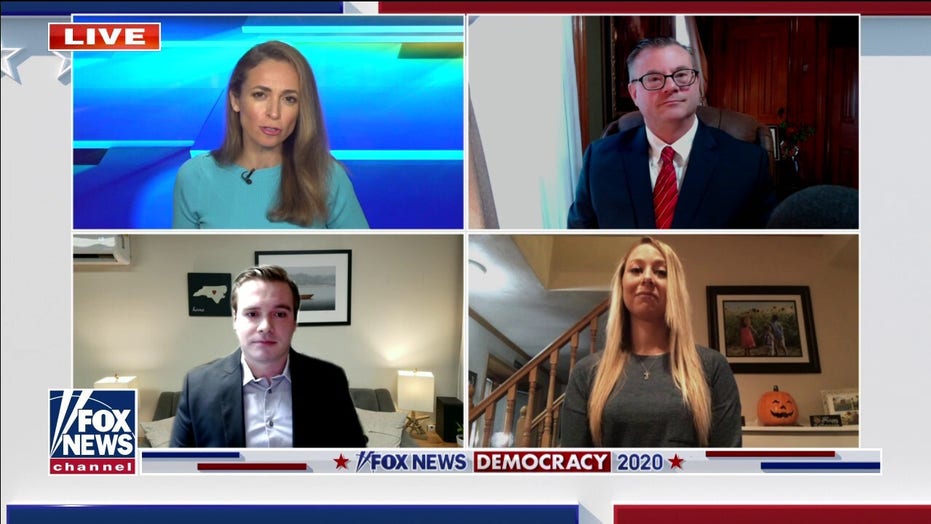 A panel of undecided voters explain what will ultimately sway their votes on ‘Fox &amp; Friends.’

The Trump and Biden campaigns are blitzing battleground state North Carolina ahead of Election Day.

North Carolina, once a shoo-in for Republicans with 15 electoral votes, is now considered a purple state. The Cook Political Report rates it as a tossup.

Vice President Mike Pence held two events in North Carolina on Saturday and campaigned in Boone in the western part of the state on Sunday.

THE PRESIDENTIAL ELECTION COMES DOWN TO THESE 9 STATES

Trump campaign senior adviser Corey Lewandowski predicted that Trump will win North Carolina as well as Florida, Ohio, Michigan, Pennsylvania and Wisconsin during an interview on "Fox News Sunday." "If that's the case, there will be no need to continue to count because there will be a resounding victory," Lewandowski said.

Meanwhile, Joe Biden's surrogates are flocking to North Carolina hoping that the state will reject Trump in 2020 after choosing him in 2016.

Democrats are banking that shifting demographics in the state will work in their favor. In Charlotte, North Carolina's biggest city, an influx of millennials is making the region more blue as roughly 50,000 people move to the city each year, according to NBC News.