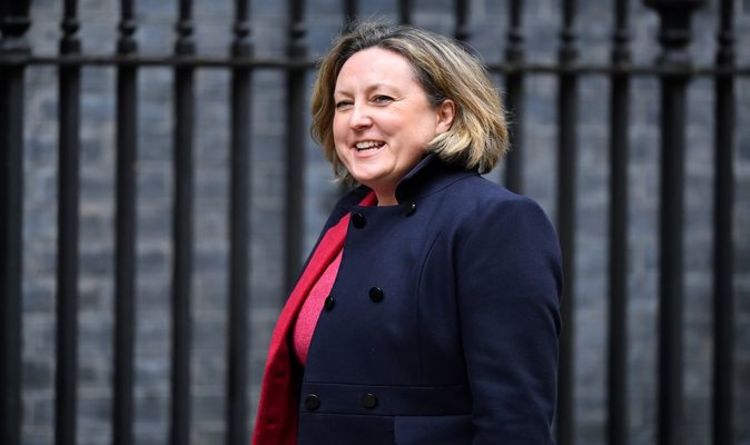 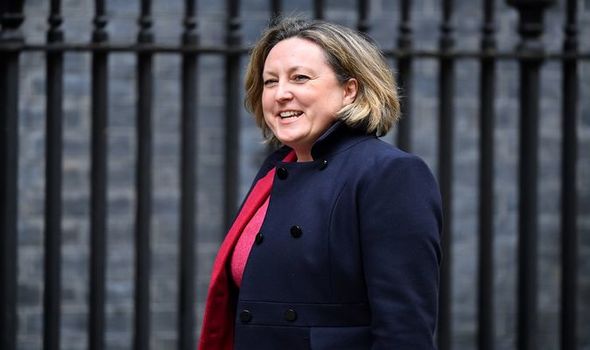 Anne-Marie Trevelyan yesterday issued a passionate appeal to firms to seize the export opportunities presented by the free trade deals following the UK’s EU exit. In her first interview since taking charge of the Department for International Trade, she warned that some business leaders were being too slow to grasp the benefits of the new Global Britain era.

Ms Trevelyan said: “It’s for all of us to take up the challenge. I can set the framework, I can lead, but everyone else has got to get stuck in too.Take the opportunity and make it your own – Brexit is for all of us.”

Speaking to the Express at the Tory conference in Manchester, the ardent Eurosceptic spoke of her delight at being handed a key role in carving out the UK’s post-Brexit future. Boris Johnson promoted her to the job in his reshuffle last month.

Ms Trevelyan said: “The boss has basically said, ‘You campaigned for this [Brexit] so here you go, crack on!'” Her top priorities in the new role are to build on the string of bilateral trade deals agreed by her predecessor Liz Truss.

She will aim to finalise agreements with Australia and New Zealand and spearhead the UK’s bid to join the Trans-Pacific Partnership, which embraces a string of emerging economies. Ms Trevelyan will also fly to India next month to begin preparations for talks on a wide-ranging trade deal.

And she sees banging the drum for UK goods and services around the world as an essential part of her job. She added: “Global Britain means being unashamedly proud of British goods all over the world. “We make the best stuff, we do the best things, we’re brilliant. I’m really proud of our country and all that we do. There is so much innovation and creativity.

Ms Trevelyan expressed misgivings that too many firms are resisting joining the search for new export opportunities opened up by Brexit. She added: “Some are doing that, but there are many that haven’t yet.”

The International Trade Secretary acknowledged that many businesses had been knocked off course by the pandemic, despite the “incredible” support from Chancellor Rishi Sunak’s Plan for Jobs. She said: “It’s been really hard going for a lot of them but as they come out of that I hope they’ll take the opportunity to look for those markets and really grow.”

Ms Trevelyan was concerned that not enough businesses fully comprehend their role in the export supply chains. Too many firms feared exporting was too difficult or were content to rely on their current UK clients rather than looking overseas.

She added: “One of the things that’s missing for me when I think about my own constituency is many businesses’ workforces don’t connect what they do necessarily in exporting with how important and valuable that is for the country.”

She pointed to malt producers in her constituency in Berwick-upon-Tweed, Northumberland, that supply ingredients for Scotch Whisky, contributing to a huge British export industry. Ms Trevelyan said: “It’s about understanding that export is an important part of all the activity we do and trying to energise that. It is literally about more jobs and more wealth. It’s also about knowing your product.”

She is optimistic that the UK can pass the tests to join the Trans-Pacific Partnership. The venture involves trade between Australia, Brunei, Canada, Chile, Japan, Malaysia, Mexico, New Zealand, Peru, Singapore, Vietnam and the US.

She said: “I’ve heard nothing but positive things from all the other partners who are keen that we should join.There are so many opportunities for the UK in that space.” She added that work will continue at a state-by-state level to reduce trade barriers between the UK and the US.

This is despite US President Joe Biden postponing talks on a comprehensive trade deal across the Atlantic. Ms Trevelyan added: “I’ve had an initial conversation with my US opposite number Katherine Tai, who was very positive. It’s not anything to do with us. They are really focused on getting their domestic agenda sorted out.

“I respect that completely. Domestic priorities can sometimes suck everybody’s energies. But, in the meantime, conversations don’t stop and I’m going to the States.”