Aina hasn’t slept in weeks, staring at her WhatsApp messages every night waiting to hear from her family members who are hiding in Kabul, Afghanistan.

A 19-year-old Afghan student studying in Canada, Aina is particularly worried about her mother, a women’s rights activist who has worked with an American nongovernmental organization teaching Afghan women literacy. Her mother has been harassed and beaten in the past because of her work advocating for women, and the family has received death threats. The family fears for their lives if they stay under Taliban rule.

They should have a way out. Aina’s parents and three siblings were awarded visas to come to the U.S. earlier this month because of her mother’s work. But for a week, they’ve been unable to get into the Kabul airport to get on an evacuation flight.

With U.S. troops set to withdraw by Aug. 31, turning over the airport to Taliban control, time is running out.

“I feel so alone here,” said Aina, who is using a pseudonym to protect her safety. “And it’s been very overwhelming hearing all the news, especially worrying about my mother and sister being women in Afghanistan.”

As the Aug. 31 deadline approaches, the situation in Afghanistan is only growing more dangerous. On Thursday, terrorists detonated a bomb outside the Kabul airport, killing at least 13 American troops and 70 Afghan civilians and others, and wounding dozens more gathered outside in hopes of getting on an evacuation flight. Over the last week, photos and videos on the ground showed civilians purportedly being beaten and tear gas being fired into massive crowds of people at the gate and on the tarmac. Earlier this week, the Taliban announced that it will no longer allow Afghan civilians to go to the airport for evacuations and several nations, including Denmark and Belgium, announced that they were halting their evacuations until further notice. 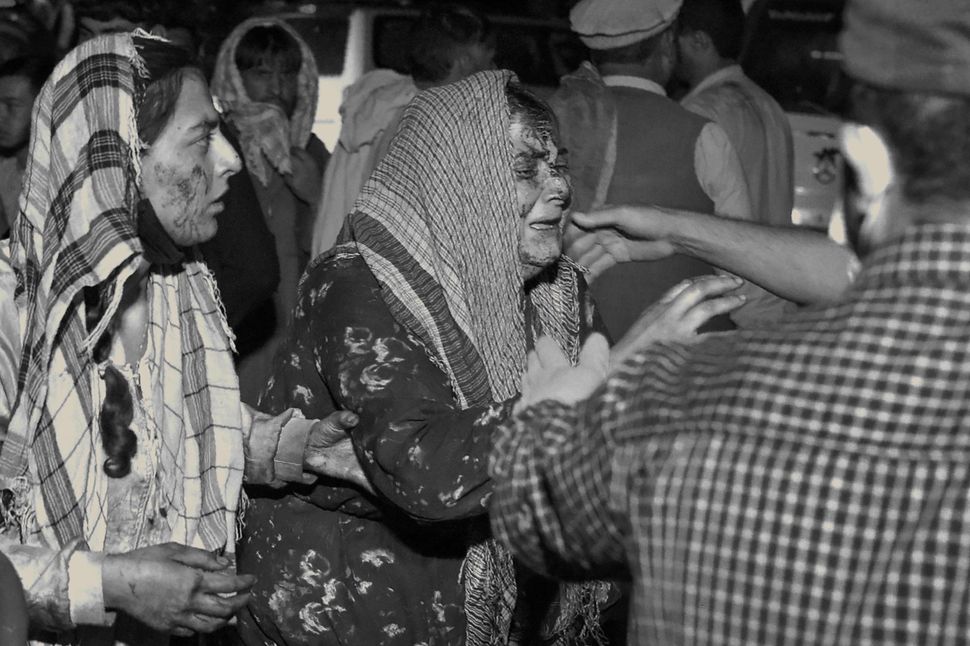 The U.S. is continuing to operate and coordinate flights. As of Friday, at least 105,000 people have been evacuated from Afghanistan since the government collapsed on Aug. 14, according to U.S. government officials.

But more than a million Afghans, like Aina’s family, are stuck.

“My mother helped women in Afghanistan. I also brought awareness through my own activism. We helped other women but right now we need help ourselves,” said Aina, who has followed in her mother’s footsteps and also advocates for women through poetry and art.

It was at her mother’s encouragement that Aina traveled abroad for an education. But right now, she’s worried about her family’s safety.

“I don’t know how long she can keep up like this. She really needs help ― her, my sister, and my whole family,” she added.

Aina shared her fears with a teaching assistant, an American who reached out to her after closely following the developments in Afghanistan. The teaching assistant discovered Aina’s family might be eligible for a visa to come to the U.S. because of her mother’s employment with an American nongovernmental organization and work as an advocate for women’s rights. They filled out the paperwork and were awarded visas just 24 hours later.

But trying to make it to the airport in Kabul has been a dangerous and perilous journey. Nearly every day, the family of five set out to the airport from their home in Kabul, only to be met by other desperate Afghans and large crowds. Aina’s family told her that members of the Taliban struck her mother and sister when they were trying to make it to the gate, and one held a gun to the head of her uncle, who was there trying to help his family get through.

The family camped out at the airport for three days waiting for the gates to open. But it became more violent outside, and they eventually returned home.

“It was very dangerous there. There was a lot of shooting … and a lot of crowds. They don’t even know which flight to take because the gates are all closed,” Aina said. 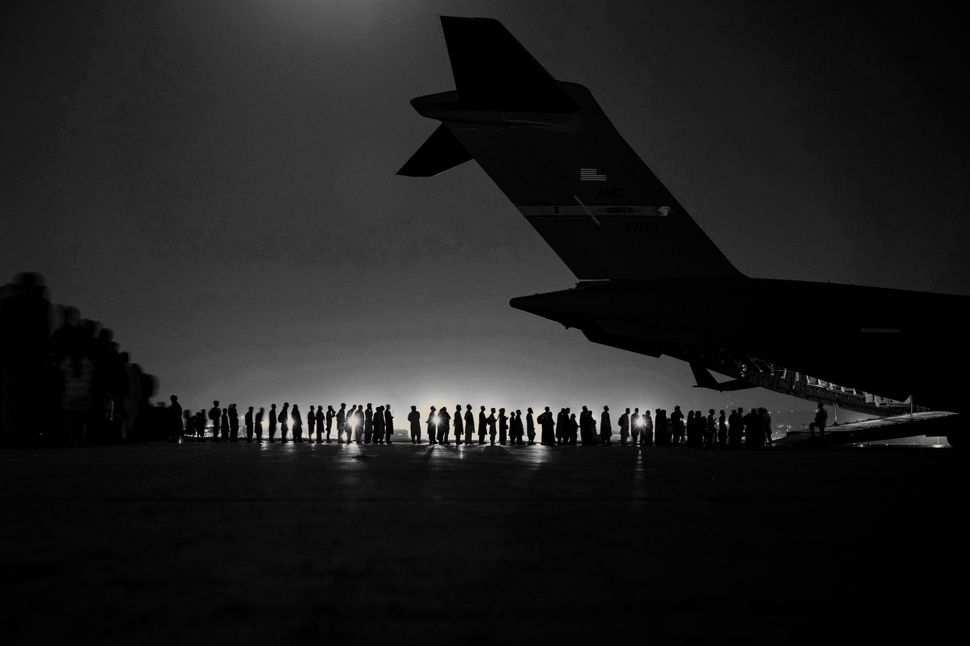 Helpless and alone, Aina doesn’t know how to help her family. Recently, her teaching assistant hasn’t been able to reach anyone at the State Department to help Aina’s family.

Aina’s accounts of her family’s ordeal aren’t the only ones. Afghans who have the credentials and visas required to leave aren’t able to make it to the airport. For those outside of Kabul, finding safe passage into the airport is risky, with conditions on the ground constantly changing and a fear of facing members of the Taliban and checkpoints along the way. Even if Afghans make it to the airport, there are no clear instructions as to which gate to enter or whom to go to for questions.

A State Department spokesperson told HuffPost that while it could not confirm specific incidents, the agency is “going to extraordinary lengths to facilitate safe passage for U.S. citizens and Afghans at risk.”

In addition to massive crowds and long waits, people at the airport said there was a lack of food and security, and unsanitary conditions for those already there. There also simply aren’t enough evacuation flights to go around.

Community activists have tried to take matters into their own hands. Friends and supporters are calling the U.S. government on behalf of those trapped in the airport to try to get answers and help. Activists, veterans and volunteers have banded together in cities across the country raising money, chartering planes and compiling information as to how to help those under threat escape.

Refugee groups and lawmakers alike have also begun to take action, and have criticized the Biden administration for its handling of evacuations from Afghanistan and for not moving more quickly to help refugees and other vulnerable groups.

“The situation is getting worse,” said Aina. “They’re all in danger. Not just people who worked for Americans. Everyone is in danger.”

27/08/2021 Politics Comments Off on This Afghan Family Secured U.S. Visas. But They Can’t Get On A Flight.
Markets