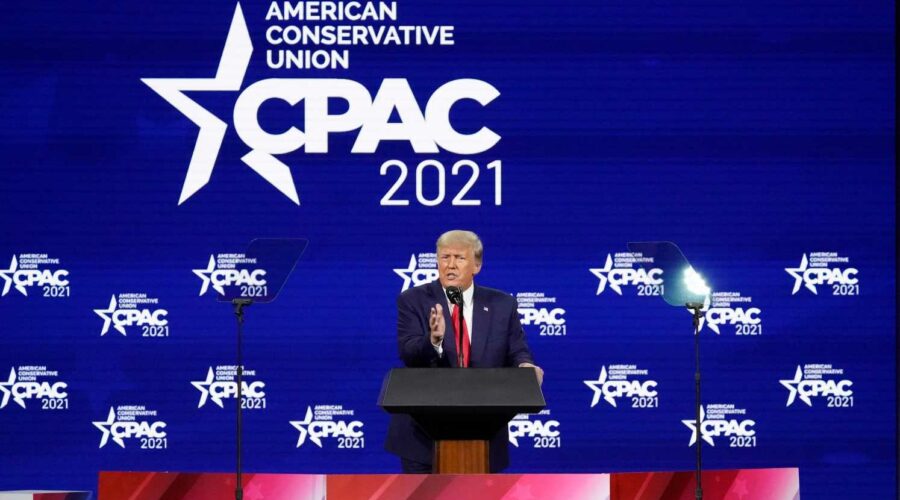 There is no “Civil War” brewing within the Republican Party.

Sure, there are a few, and I mean a few, folks who happen to still be in the Republican Party, who oppose what Donald Trump has done to the GOP, but let’s be very clear here: They are outliers. They are the fringe. They are the exception, not the rule.

For all of the talk and headlines about there being some kind of GOP “Civil War” playing out in front of our eyes, the functional reality is that this so-called war was fought and decided five years ago, when Donald Trump insulted his way to the Republican nomination.

Maybe there’s an alternate reality somewhere, one in which Republican leaders united against Trump, risking the 2016 election to preserve the substance of their party. In this timeline, Fox News doesn’t become the TV version of Breitbart News. Would-be conservative standard-bearers like Marco Rubio, Ted Cruz and Lindsay Graham refuse to relent on their opposition to Trump (they were against him before they were for him, after all). Mike Pence doesn’t forfeit his dignity to serve as Trump’s whipping boy, I mean running mate. Sure, Republicans probably lose the election to Hillary Clinton in this scenario, but their orthodoxy remains intact.

No Republican resistance to Trump

It’s what could have been, but as we know, it never was.

There was no fight to save the soul of the party, if it ever had one in the first place.

What we saw over the weekend during the superspreader gathering known as the Conservative Political Action Conference was really a victory party. What does a party that has lost the House, Senate and White House in a four-year span have to celebrate? The complete takeover and domination of one of the two major political parties in the United States.

What’s shocking to me isn’t that it happened, but rather how easy it was for these feckless arsonists to pull it off. All it took was a snake-oil salesman to front the effort, a few white nationalists (Stephen Miller) to write the scripts, some old-fashioned media propaganda (Fox News), and the largest collection of cowards that has ever occupied elected office (Republicans in Congress). The instruments of war used for this takeover weren’t weapons of mass destruction, they were a relentless barrage of tweets. And that’s it. That’s all it took for Donald Trump to complete his occupation of the Republican Party.

Mastio & Lawrence on CPAC 2021: Is Donald Trump a declining parody or a terrifying threat?

The scary reality is it’s only going to get worse. Trump is not an isolated phenomenon. Disciples of Trump are littering the national landscape. Sen. Ron Johnson is openly promoting conspiracy theories about the domestic terrorist attacks that occurred on Jan. 6. Rep. Marjorie Taylor Greene has a history of supporting the execution of prominent Democrats like House Speaker Nancy Pelosi. Rep. Lauren Boebert participated in a congressional hearing via Zoom with a backdrop populated by a number of guns.

As a matter of fact, Republicans’ love affair with Trump has only intensified. Their collective rhetoric has grown more extreme. His most devout followers feel even more validated. Those who acted on the former president’s words on Jan. 6 surely feel emboldened to try again.

Jim Crow reprise: Elections should be a contest of ideas, not a race to disenfranchise minority voters

There is an undercurrent of violence that is escalating in this country. Asian Americans are under siege right now, fueled by Republicans who applaud the use of racist rhetoric like Trump’s “China virus” refrain (a phrase he used three times at CPAC). This thirst for violence will continue to spread and manifest itself in dangerous and deadly ways. What happened Jan. 6 wasn’t the culmination of the Republican Party’s rhetoric, it was just the opening act.

What I saw this weekend wasn’t a party in the midst of an internal civil war. What I saw was a political party getting ready to instigate a civil war against the rest of us.

Kurt Bardella, a member of USA Today’s Board of Contributors, is a former Republican who was spokesperson and senior adviser for the House Oversight and Government Reform Committee from 2009-2013. Follow him on Twitter: @kurtbardella

01/03/2021 Politics Comments Off on The Republican civil war was over 5 years ago. Trump and the winners have a new target: Us
Markets