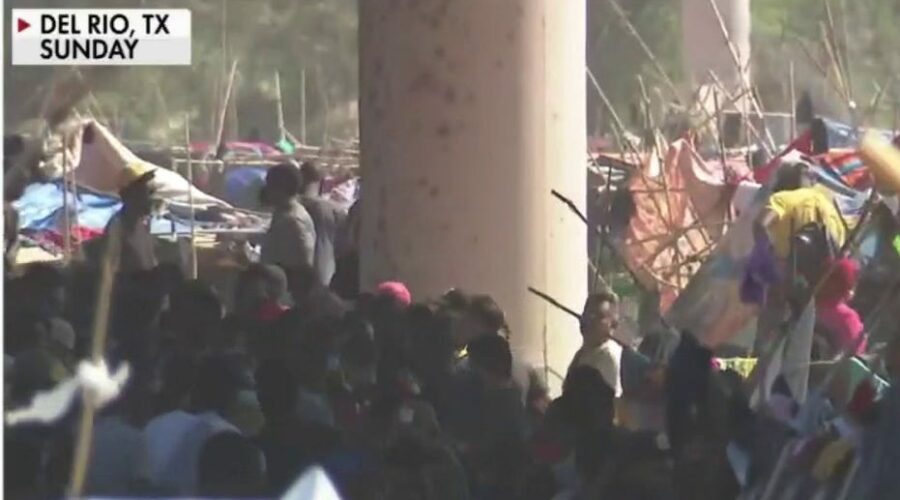 Gov. Abbott slams Biden for opening the ‘floodgates’ at the border

Texas Gov. Greg Abbott on Tuesday described how law enforcement had created a “steel barrier” of vehicles to block migrants from entering the United States – as the Lone Star State works to shut down a wave of illegal migration.

“They have created a steel barrier preventing people from being able to cross the border,” Abbott said at a press conference discussing the migrant crisis in Del Rio, where thousands of Haitian migrants have surged in the last week. 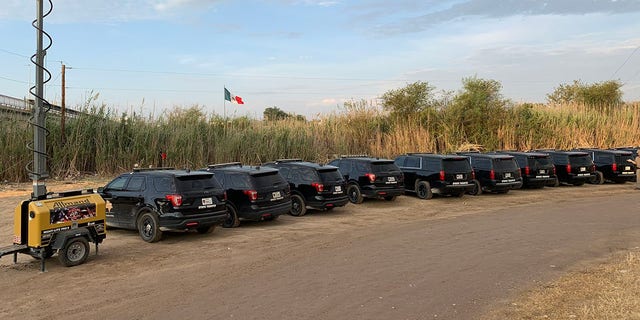 “One day there were countless people coming across the border, then the very same day the Texas Department of Public Safety (DPS) put up all these DPS vehicles, and suddenly, in an instant, people stopped crossing the border in this location. That strategy is working.”

He said the vehicles go on for miles and is one of a number of “unprecedented” steps he said are being taken by Texas to stop the border crisis – including a $3 billion investment by the legislature to address the challenge.

Abbott said Texas was stepping up, as the Biden administration was “promoting and allowing open border policies.”

“The only thing they’ve shown is an incapability of dealing with this crisis, candidly in a way where they pretend it doesn’t even exist,” the Republican governor said at a press conference. “And we’re here to tell you, it exists and it’s total chaos and the Biden administration- they need to up their game, big time.” 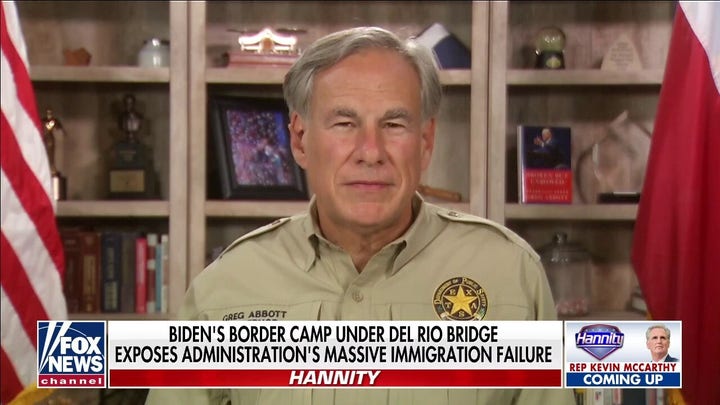 There have been more than 200,000 migrant encounters in both July and August as part of a continuing migrant wave. Last week more than 14,000 mostly Haitian migrants were camping out under the Del Rio bridge. The Department of Homeland Security has surged resources and agents to the area in response, and the numbers on the bridge have reduced to about 8,000.

The Biden administration has blamed “root causes” like poverty and violence in Central America, as well as the Trump administration for shutting down legal asylum pathways. Republicans have blamed the administration for rolling back Trump-era policies like the Migrant Protection Protocols (MPP) and for reinstating “catch-and-release.”

Abbott has attempted to take matters into his own hands, and earlier this year announced a project to build a wall at Texas’ southern border, and has also initiated Operation Lonestar — which involves the deployment of law enforcement to the border to arrest those coming in illegally.

“If they’re thinking about coming and crossing this river here in Texas, you may end up with handcuffs on your hands and going straight to jail rather than being released into the general population,” he said.

25/09/2021 Politics Comments Off on Texas Gov. Abbott creates 'steel barrier' of vehicles to block migrants from entering US
Markets