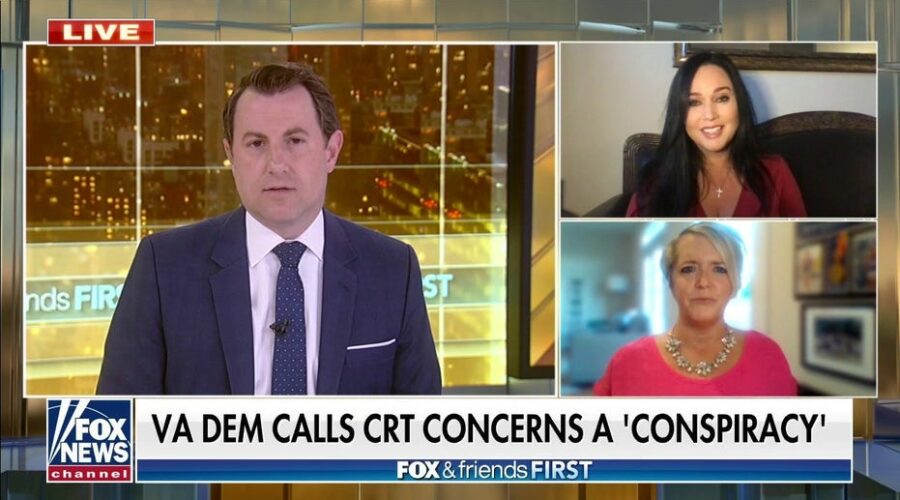 Concerned Virginia parents joined "Fox & Friends First" to discuss the controversial curriculum and what they are doing to stop it from spreading.

Right-to-work laws guarantee an employee’s right to refuse to join a labor union and prevent union dues from being a requirement for employment. Twenty-seven states, including Virginia, have right-to-work laws in place, and labor unions and progressive groups continually seek to overturn the statutes.

In April, McAuliffe announced that he would support a repeal of right-to-work laws in the Old Dominion, flipping on his previous position on the policy.

Since his announcement in support of the repeal, some of the nation’s most influential labor unions have donated $2.2 million in total to McAuliffe’s campaign, according to new campaign financial filings. This accounts for almost 30% of his fundraising haul over the last quarter.

McAuliffe accepted a quarter of a million dollars from the embattled American Federation of Teachers and over $400,000 from the progressive group American Federation of State, Local and Municipal Employees (AFSCME), which threw its support behind former Secretary of State Hillary Clinton during her failed 2016 presidential bid.

Additionally, McAuliffe took half a million dollars from the Service Employees International Union (SEIU) and $400,000 from the National Education Association (NEA).

NEA recently adopted a measure dropping $54,000 to target and “research” opponents of critical race theory — the highly controversial subject that McAuliffe has called a “right-wing conspiracy” that is the subject of a fiery fight in Virginia’s affluent Loudoun County School District.

“Terry McAuliffe is flaunting his Clinton-style corruption right in the face of Virginians. He once supported right-to-work, but now as he pockets cash from unions, he’s sold-out Virginia workers and has committed to repealing right-to-work,” said Virginia GOP chairman Rich Anderson in a statement to Fox News.

McAuliffe has publicly voiced his support of right-to-work laws until very recently.

In fact, McAuliffe reiterated his support for “keeping Virginia a right-to-work state” as recently as September 2019.

Additionally, during his first gubernatorial campaign in 2013, McAuliffe called Virginia “a great right-to-work state” and said the Old Dominion “should never change that” about itself.

McAuliffe’s changed stance on right-to-work laws is the second time he’s flipped — in 2003, he worked to kill a right-to-work bill in New Hampshire while chairman of the Democratic National Committee (DNC), warning that passing the bill might cost New Hampshire its spot holding the first primary to Michigan.

It is unclear if the labor unions’ massive financial support of McAuliffe was a direct result of his flip against right-to-work laws in the state.

McAuliffe’s campaign did not respond to Fox News’ questions on where McAuliffe stands on right-to-work laws as of Tuesday and whether the contributions contributed to his change in stance.