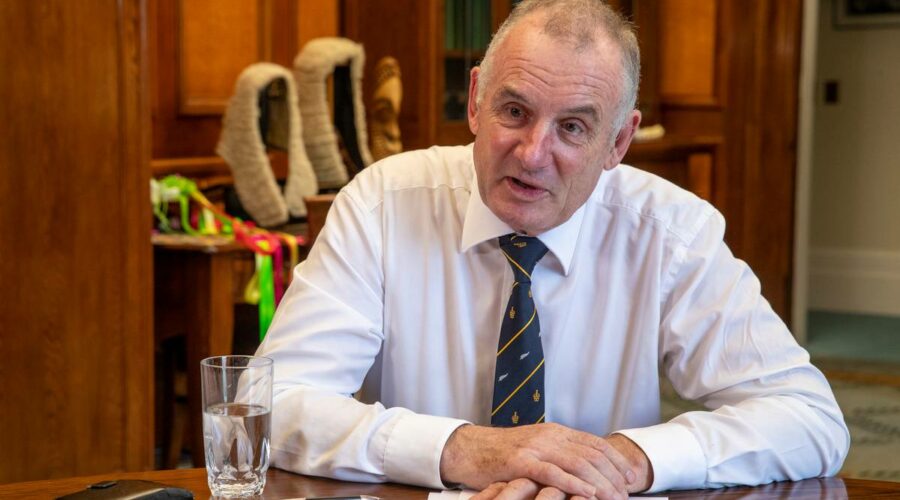 I ordered a coffee at my local cafe this morning but began to take a dislike to the barista.

I didn’t like his face, for a start, and then I became convinced that he didn’t know how to make coffee.

There was only thing for it. I made a couple of calls, and then walked around the counter.

“You’re not doing it right.”

Two security guards from Parliament walked in, and removed him from the premises. They served him a trespass order while I rolled up my sleeves and got to work.

It was undrinkable but there was a wider issue at stake and I have no regrets.

There was a longer than usual queue at my local cafe this morning. I asked around, and was told they were short-staffed.

It was looking like a long wait. There was only one thing for it, and I made a couple of calls.

“Hey, what are you doing?” said the customer in front of me. Two security guards from Parliament had come in, took her by the arm, and removed her from the premises.

They came back in and performed the same important public service to the other five customers who had been in the front of the queue.

Two of them tried coming back in. They were served a trespass order. When the cafe owner began to object, I said to him, “I know best.”

A customer at my local cafe this morning said something to me that I didn’t like.

“Serves you right,” I said to her, when she was trespassed.

I was the only customer in my local cafe this morning. The quick service put me in a good mood, and I decided to ignore the stack of dirty dishes that had been left on one of the tables.

I got to my office and was busy attending to the important public service of attempting to solve the latest Wordle, when an unmistakable tap-tap-tap sounded on my door. There’s only one person with that exact kind of timid knock.

She asked if she could take a seat. I pondered the request and could see no harm in it. How wrong I was! No sooner had the Prime Minister sat down than she nervously proceeded to explain that there was a problem with the trespass orders that I had issued against low-life staff and customers at my local cafe.

They had banded together to challenge the orders with the help of a lawyer. They had taken their case to the Parliamentary Service Commission, asked for a judicial review, and won.

“Oh yes, of course, I completely agree,” she said. “But there’s one other little matter. The commission has ruled that their legal costs must be met by the Speaker.”

I pondered the ruling, and could see no harm in it.

When the Prime Minister left, I made a few calls, and told Parliamentary Services to take care of paying off the mob’s lawyer from the same slush fund that I fleeced to settle that $330,000 payment to a disgruntled ex-staffer a couple of years ago.

A chap from Services said, “To get approval for it, it has to be signed off by the Speaker.”

My local cafe has closed down. Pathetic.

06/05/2022 Politics Comments Off on Steve Braunias: The Secret Diary of Trevor Mallard
Markets