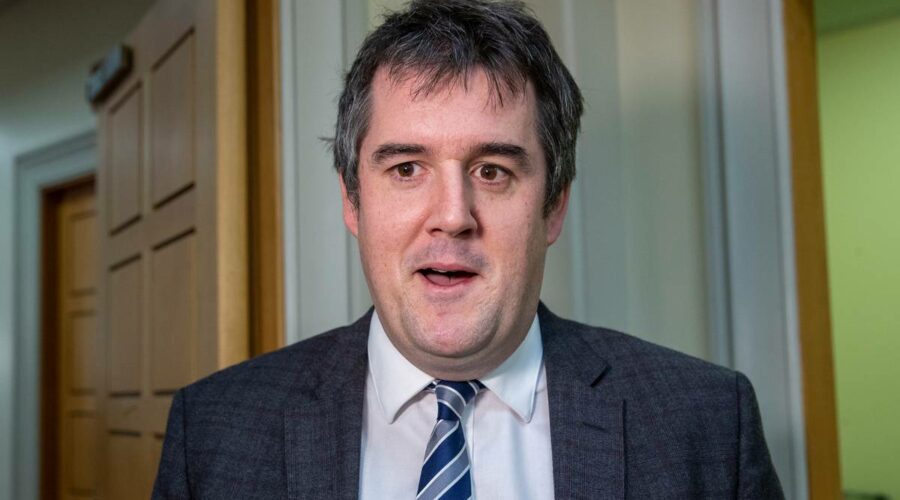 The saloon was quiet except for the drilling in the wall.

Whitey Collins, leader of the Collins Gang, nursed a drink at one end of the bar.

“Something funny’s goin’ on,” she thought to herself. “I can just feel it in the air.”

Doc Reti stood at the other end of the bar with his head in his hands.

“One of these days I’m gonna get on a stagecoach and vamoose the hell away from this damned gang,” he thought to himself.

Whitey looked over at him. “One thing about Doc,” she thought to herself, “is that he’s loyal.”

In a corner of the saloon, Charles Dickens Marcel Proust Gabriel Garcia Marquez Jeffrey Archer Bridges dipped his quill into a bottle of ink, and composed another beautiful sentence on the sheet of paper in front of him. A candle in a saucer burnt on top of the thick stack of his manuscript, and a raven perched on his shoulder.

“A book,” he thought to himself, “must be the axe for the frozen sea inside us!”

Whitey looked over at him. “Ain’t no way in hell,” she thought to herself, “his book’s gonna be as good as my cheap and shoddy effort.”

The drilling in the wall kept up but no one seemed to pay it any mind.

The saloon doors were kicked open by Mullet Bishop, who whooped, “This round’s on me!”

There were cheers and shouts of joy. Mullet told the gang he’d raided territory owned by the Ardern Gang, and inflicted some pretty serious damage.

“So have we,” cried three or four other gang members. The voice of Pakuranga Simeon was the loudest. They lifted their glasses and drank deep.

Whitey stood at the other end of the bar with an empty glass in front of her.

Correspondents from The Dodge Gazette pestered Whitey all day for her response to a poll of the townsfolk, which found her not very popular with anyone.

She threw her head back, and laughed for six hours straight.

Correspondents from The Dodge Gazette pestered Whitey all day for her response to the latest fiscal measures as laid down by the Ardern Gang.

“That budget ain’t worth a damn,” she said.

She threw her head back, and moaned for six hours straight.

Two doors down Reverend Luxon finally made it through the wall. He walked into Whitey’s private office and sat in her chair. He just wanted to see how it felt.

“And it feels,” he thought to himself, “mighty good.”

He heard a cough. Startled, he looked around, and made out the shape of Charles Dickens Marcel Proust Gabriel Garcia Marquez Jeffrey Archer Bridges. “What the hell you doin’ in here?” asked Reverend Luxon.

“Oh,” replied the author, cool as could be, “I just thought I’d see how the next chapter plays out.”

21/05/2021 Politics Comments Off on Steve Braunias: The secret diary of the Collins Gang
Markets