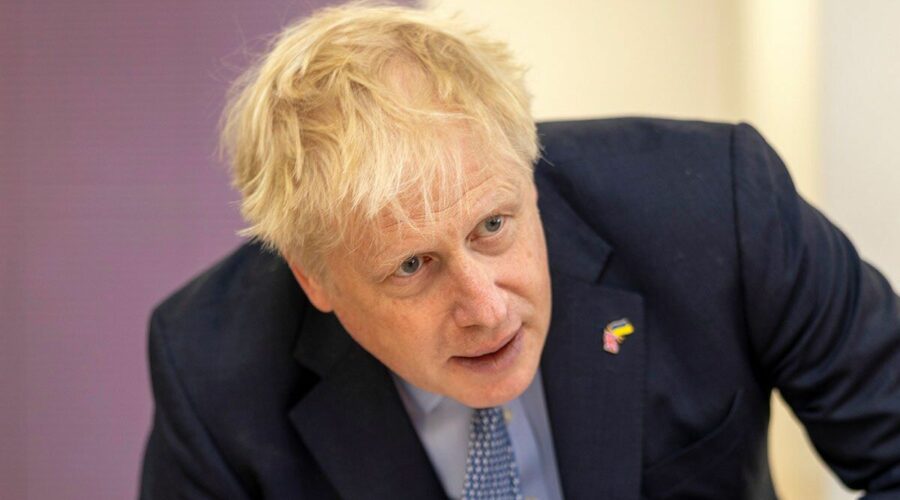 Boris Johnson is facing increasing hostility from his own MPs, with Tory whips said to be discussing how to fight back if rebels trigger an all-important confidence vote. A steady stream of Tories have backed a ballot to decide the PM’s future, or called for Mr Johnson to step down, with three new names surfacing on Monday and a fourth MP resubmitting a letter of no confidence he previously withdrew in light of the Ukraine crisis. Cat Neilan of Insider said Mr Johnson has been “promising jobs” to MPs.

Speaking to LBC, Ms Neilan said: “I was hearing that he is personally calling MPs, promising them jobs saying, ‘stay with me’.

“We’ve been hearing about a possible reshuffle for a while now, likely to be just before the end of the summer term recess.

“But obviously there’s a big question about whether we’ll get that.

“I suppose there will be some people that may be wrestling with their conscience as to whether their career comes before what they feel they should be doing.”

The Telegraph reported that Conservative whips are now in talks about how to respond if the letter tally reaches 54, which would force 1922 Committee chairman Sir Graham Brady to call a vote.

All Tory MPs will be contacted at once if the threshold is reached, according to one whip, the newspaper said, as part of a move to save the PM’s job.

Conservative Andrew Bridgen emailed his North West Leicestershire constituents on Monday to say he has resubmitted his letter of no confidence in Mr Johnson following “further revelations over the past week”, which saw the publication of the long-awaited Sue Gray partygate report.

He originally submitted a letter in January 2022 but withdrew it in March, arguing it was not appropriate to hold a confidence vote amid the fighting in Ukraine.

Earlier, former attorney general Jeremy Wright said events in Downing Street had caused “real and lasting damage” to the Government’s authority and that he had concluded “with regret” that Mr Johnson should go.

A spokesman for Carshalton and Wallington MP Elliot Colburn, who was elected in 2019, confirmed he had submitted a letter of no confidence in the Prime Minister.

And a fourth Tory MP, Nickie Aiken, suggested Mr Johnson should submit himself to a confidence vote to end the “speculation” over his future.

Meanwhile, Tory chairman of the Commons Foreign Affairs Committee, Tom Tugendhat, reportedly said he had made his position on the matter “clear to those who need to hear it”.

The backbench MP, who previously said he was open to running for the Tory leadership, was quoted as criticising Mr Johnson, but did not appear to call for him to resign.

According to Sky News’ Tom Larkin, he said: “The PM put the governance of the UK at risk to a single, severe Covid outbreak. That is to say nothing of the lack of respect it showed for the British people or the Queen.

“I have made my position clear to those who need to hear it.”

In his email to constituents, Mr Bridgen said: “I did believe that during the initial stages of the Russia/Ukraine war that it would be wrong to have a leadership contest.

“There have, however, been further revelations over the past week and there is obviously and rightly still a lot of anger about the culture in No 10 during the lockdown period.”

31/05/2022 Politics Comments Off on ‘Stay with me!’ Boris Johnson ‘personally calling MPs’ for support amid calls to quit
Markets