Small businesses sound off over mega corporations getting handouts

The Attracting Powerful Economic Expansion Act (APEX) offers companies over $1 billion in public subsidies through measures such as tax and salary reimbursements. The Republican-led state legislature passed the bill, which applies to companies that invest at least $1 billion into Kansas, after Democratic Gov. Laura Kelly pushed it to entice an undisclosed corporation that was considering opening a location in the state.

"I'm skeptical of any tax dollars that I pay, that the other members of the community pay, being given to one company," the founder and CEO of Kansas-based 27Global, Steve Roatch, told Fox News. "I'm doubly skeptical when that price tag is on the order of $1 billion."

"And I might be triply skeptical if the legislature or the Commerce Department is trying to rush that through in a short amount of time and with without full transparency," Roatch continued. 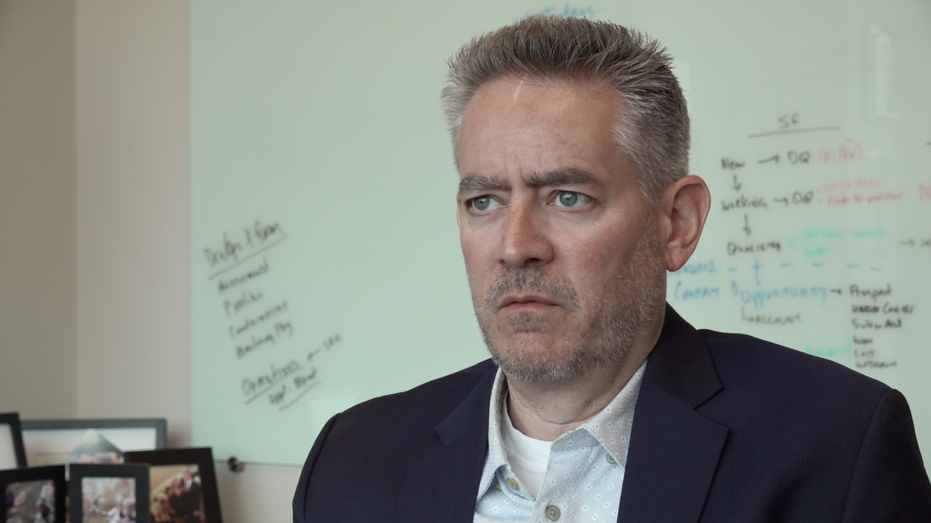 Opponents criticized the secrecy surrounding the mystery company, since legislators were required to sign non-disclosure agreements to learn basic details, including its name. They also said the APEX bill unfairly benefited large corporations and that such subsidy programs don't typically help a state's economy.

"In addition to attracting large projects and growing our workforce, [APEX] also has residual effects on small businesses by increasing revenues, whether more people eat in restaurants, shop at local stores, or patronize other businesses," Kelly spokeswoman Lauren Fitzgerald told Fox News. "It's a major win for Kansas."

Kelly's office said the undisclosed company "would bring 4,000 new jobs to Kansas and inject $4 billion in business investment into the Kansas economy."

State Rep. Ken Corbet, who owns Ravenwood Lodge in Topeka, told Fox News: "I've read all the perks [the undisclosed company] got. I can't think of anything else you could have asked for."

‘I would put it right back in the company’

The small business owners told Fox News they would invest additional profits into their companies if they had access to the resources that APEX offers large corporations. In addition to the tax and salary reimbursements, the APEX law also offers subsidies related to employee education.

"People who are in small business are like farmers," Corbet, a Republican who opposed the bill, said. "If we ever have a chance to make money, most people put it right back in the business, grow it, buy new equipment, try to expand, hire more people."

"The APEX bill gives us a realistic shot at winning large economic development projects that will bring huge business investment and job creation to our state," he said after Kelly signed the legislation into law. "We are excited about our chances with the current prospect that would be transformative for our state and deliver long lasting benefits to Kansas."

"I would put it right back in the company," said Rob Arnold, founder of We Got Your Back Apparel & Local Goods. "Same thing I've done basically since day one is just constantly reinvesting in myself and my company and, you know, my employees as well because they're coming along for the ride." 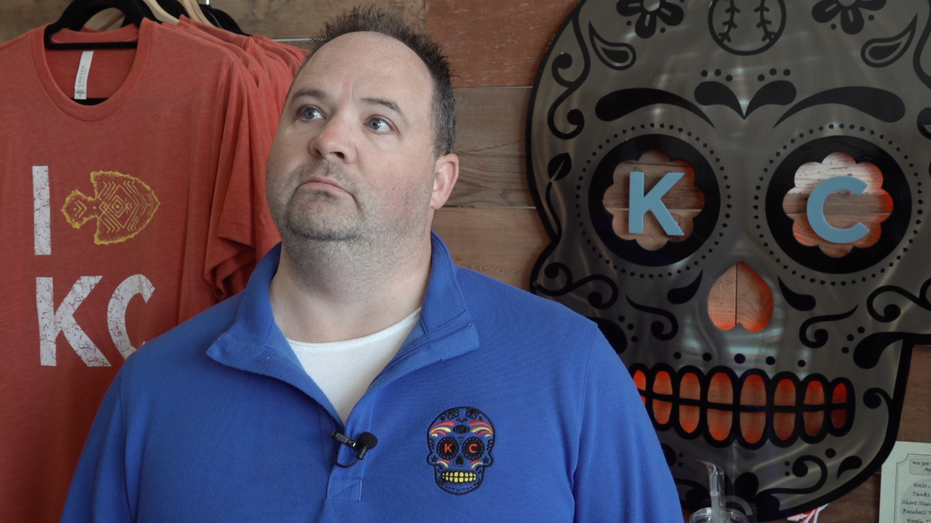 Rob Arnold, founder of We Got Your Back Apparel & Local Goods

Mike Tracy, owner of Omni Human Resource Management, said he would invest in more staff to better serve local markets if he had access to government subsidies like APEX. He told Fox News his top priority as a business owner is the "the health and welfare and well-being of other small businesses," including nonprofits, that his company serves.

‘A whole series of picking winners and losers’

The small business owners felt the state government, through APEX, was prioritizing the undisclosed corporation over local companies.

"The one thing we say in small business is that tax cuts are for the other guy," Roatch told Fox News. "They never seem to come to us."

"If [government officials] want to create opportunity, they should do so on a level playing field, something that all businesses in the state can take advantage of, not just a single large corporation," Roatch added.

State Sen. Jeff Pittman, a Democrat who voted in favor of the bill, defended the subsidies as commonplace in Kansas.

"We have a whole series of picking winners and losers," he said. Pittman pointed to examples of agriculture subsidies and local bond programs.

The Kansas Department of Commerce offers a variety of business incentives, including programs dedicated to minority and women business development, rural opportunity zones and industrial training.

Tracy told Fox News there was "no chance" the state government would consider giving his company subsidies like those offered under APEX. 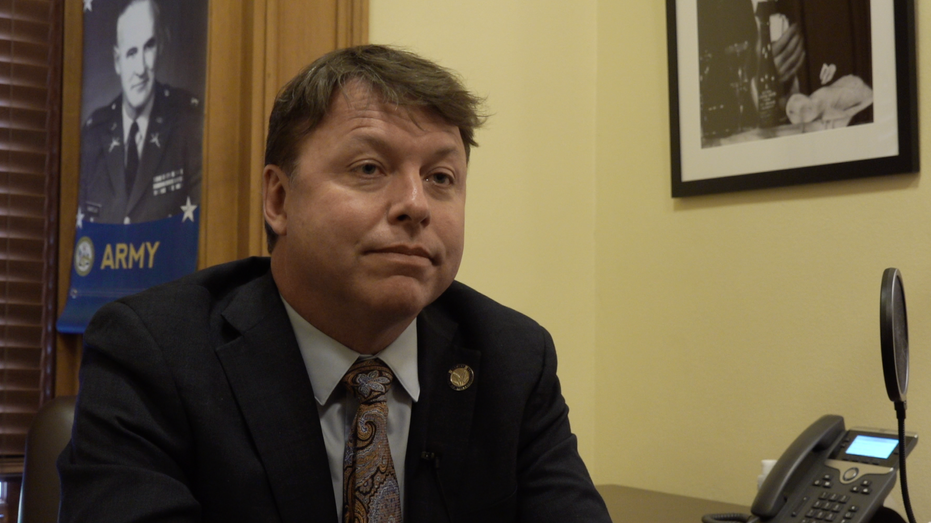 Kansas has the nation's highest effective tax rates on established businesses, in part due to its subsidy programs, according to the Kansas Policy Institute.

"It does bother me because we haven't really gotten a lot of breaks," Arnold said. "I don't like seeing it go to somebody who probably doesn't even need it."

State Sen. Caryn Tyson, a Republican who opposed the APEX bill, told Fox News: "We're not taking care of our own. We're creating competition for our existing businesses."

"We could find no one to work," Corbet told Fox News. "Labor services couldn't provide anybody, so we had to invest some money to automate as many things as we possibly could to stay in business." 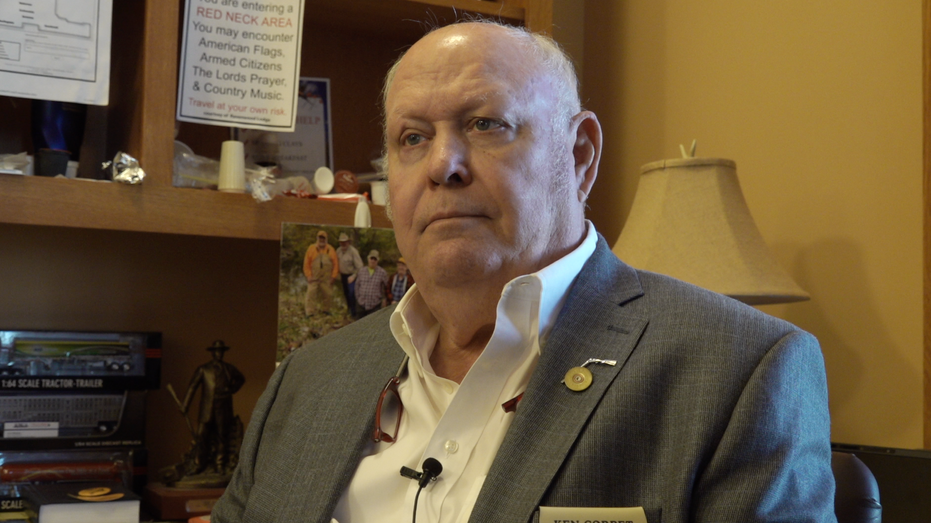 Pittman said Kansas laborers will benefit from working for the undisclosed company since it will likely offer higher wages than existing job openings.

"We have a labor shortage for low-end wages," he said. "I'd rather have a job in a facility like the one we're looking at than maybe working minimum wage."

‘Mass transfer of wealth from Kansas to Japan’

Roatch told Fox News that the subsidies provided through APEX bolster the profits of an international corporation at the expense of Kansas taxpayers. He called the program a "net negative for Kansas."

"I have heard from representatives in Oklahoma that told me flat out that [APEX] was for Panasonic, and it was to make auto batteries," state Sen. Mark Steffen, a Republican who voted against the bill, previously told Fox News.

The Japan Times reported that Panasonic plans to build a factory in either Oklahoma or Kansas to produce batteries for Tesla’s new Texas plant. The Japanese company did not respond to a request for comment.

"The benefits of that subsidy and additional profits accrue to the shareholders, which are global, and the C-level executives who have higher bonuses," Roatch said. "This is a mass transfer of wealth from Kansas to Japan."

Corbet told Fox News: "There's no such thing as government-funded. It is all taxpayer funded." 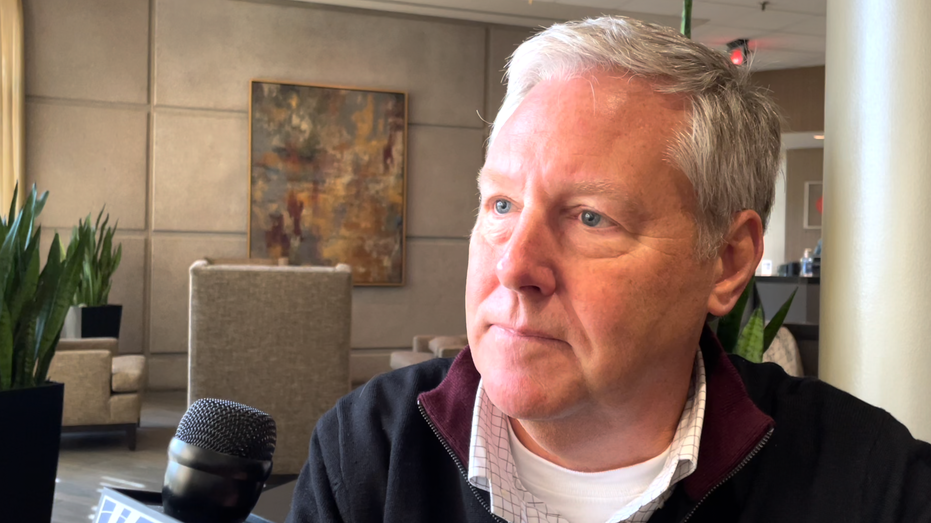 "So the gift that was given to [the undisclosed company] wasn't from the state of Kansas," he added. "It was from all the people that live here."

Tracy was more optimistic about the law.

"I'm going to take a position that says these are states making an investment no different than a private equity firm," he told Fox News. "I hope that keeps the tax base low, keeps property taxes low and does all the things you're supposed to do when you have when you have corporate businesses."

Ethan Barton contributed to this report.