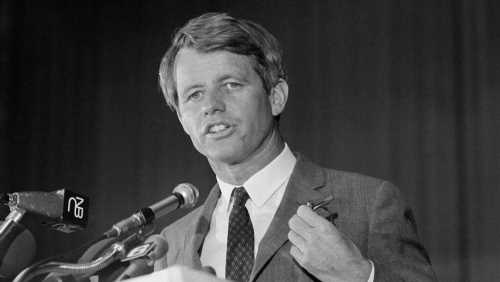 Rory Kennedy, documentary filmmaker and daughter of the late Robert F. Kennedy, posted a statement signed by five of her siblings condemning the recent parole recommendation of Sirhan Sirhan, who assassinated her father.

A California parole board recommended Sirhan, 77, for release from prison on Friday. Sirhan’s case now goes to Gov. Gavin Newson for a final decision.

Rory tweeted the statement following the board’s decision. “As children of Robert F. Kennedy, we are devastated that the man who murdered our father has been recommended for parole. Our father’s death is a very difficult matter for us to discuss publicly and for the past many decades we have declined to engage directly in the parole process,” the post begins.

“Given today’s unexpected recommendation by the California parole board after 15 previous decisions to deny release, we feel compelled to make our position clear,” it continues. “We adamantly oppose the parole and release of Sirhan Sirhan and are shocked by a ruling that we believe ignores the standards for parole of a confessed, first-degree murderer in the state of California.”

Douglas appeared at the virtual hearing. “I’m overwhelmed just by being able to view Mr. Sirhan face to face. I think I’ve lived my life both in fear of him and his name in one way or another. And I am grateful today to see him as a human being worthy of compassion and love,” he said. To Sirhan, he said, “I do have some love for you.”

Robert Jr. submitted a letter to the board, saying: “While nobody can speak definitively on behalf of my father, I firmly believe that based on his own consuming commitment to fairness and justice, that he would strongly encourage this board to release Mr. Sirhan because of Sirhan’s impressive record of rehabilitation.”

Kathleen Kennedy and Ethel Kennedy, Robert F. Kennedy’s widow, have not made their positions known publicly.