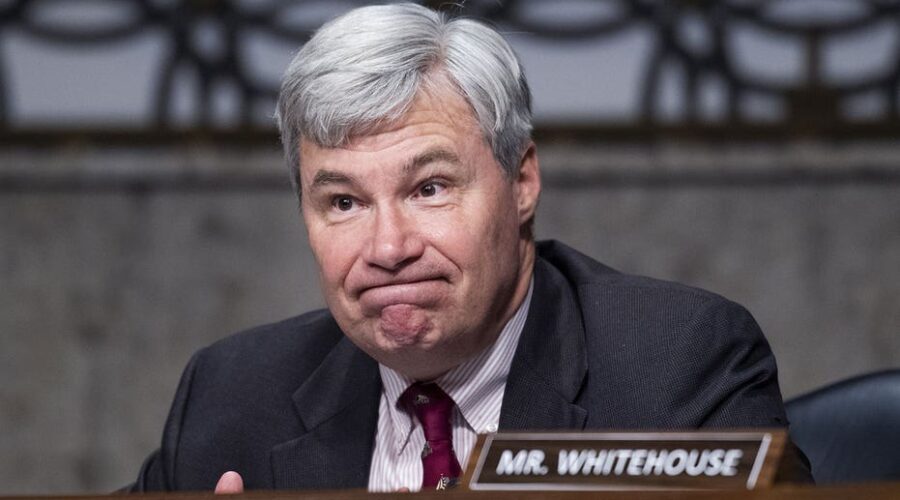 The sailing club is distinct from Bailey’s Beach Club, an elite Rhode Island organization that allegedly is predominantly White and to which he has been previously linked. In a statement to Fox News, Whitehouse he is not a member of the beach club, though his family is and they will remain so.

“While I am not a member of the beach club, I do own a boat and belong to a sailing club in Newport.  While this club does not have exclusionary rules for membership, it does lack diversity,” the Rhode Island Democrat revealed in a statement to Fox News. “Failing to address the sailing club’s lack of diversity is squarely on me, and something for which I am sorry.  I commit to working with the club and the community to build a more inclusive membership and to better connect with the local community.”

Whitehouse did not name the sailing club, but the Ida Lewis Yacht Club of Newport, Rhode Island confirmed to Fox News that the senator is a member there. And it seems that while Whitehouse says he is now committing to work on enhancing the club’s diversity, he and his family have been associated with the club for quite some time.

The senator’s office could not be reached for comment on what steps he would take to work with the club. The club did not immediately respond to a request for comment on Whitehouse’s characterization of it as lacking diversity.

Whitehouse, in his statement to Fox, also said his family would remain a part of Bailey’s. “There have been calls for me to resign from the club, which I understand.  However, I have no membership to resign, nor will I ask my wife or any other family members to do so.”

He added: “The recent attention to this issue has prompted me to assess all my affiliations and to consider whether any involve inequitable or exclusionary policies.”

Whitehouse was asked about his family’s membership in Bailey’s Beach Club, officially known as Spouting Rock Beach Association, by GoLocalProv in a video that was posted on Saturday. The interviewer cited comments Whitehouse made in 2017 that he hoped the highly-exclusive club would begin to accept minority members and asked Whitehouse’s reaction to it allegedly not doing so.

“I think the people who are running the place are still working on that, and I’m sorry it hasn’t happened yet,” Whitehouse said.

GoLocalProv asked Whitehouse whether exclusive clubs with all White members should “continue to exist.”

“It’s a long tradition in Rhode Island and there are many of them and we just need to work our way through the issues,” Whitehouse said.

In 2017, Whitehouse told GoLocalProv “it would be nice if the membership changed a little but it’s not my position.”

The club responded that it is “false” to say it does not have any non-White members.
“Over many years, Club members and their families have included people of many racial, religious, and ethnic backgrounds from around the world who come to Newport every summer,” the club said in a statement to 12 News-WPRI. It is not clear, though, that the “racial” or “ethnic” groups include African Americans.

Whitehouse told Fox News he had been caught “off guard” by the GoLocalProv reporter’s question. “I was attending an unrelated event and wasn’t prepared for the question.  At the time, I made the mistake of accepting her premise.  I then checked the assertion and was assured that, first, the assertion was wrong, there is diversity in the membership and there are non-white club members; and second, that improving diversity remains a priority and an active task for the club’s new board.”

Bailey’s, according to a 2003 New York Times profile of the club, has been “long considered the queen of American resorts.”

The Times further reported that Bailey’s is “a world of emerald-barnacled dinosaurs attended by uniformed retainers and underwritten by ironclad fiduciary trusts” where “diversity… has made scant inroads.”

According to the paper, the biracial grandchildren of one member sometimes visited the resort, and it did allow Jewish members. But, according to one lifelong member quoted by The Times, Black people were “not really” welcome.

24/06/2021 Politics Comments Off on Sen. Sheldon Whitehouse reveals he belongs to a yacht club that lacks diversity
Markets