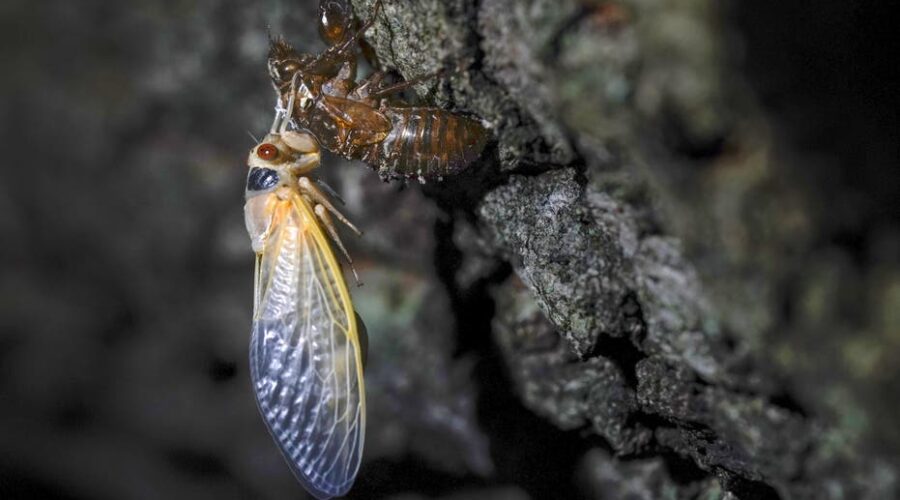 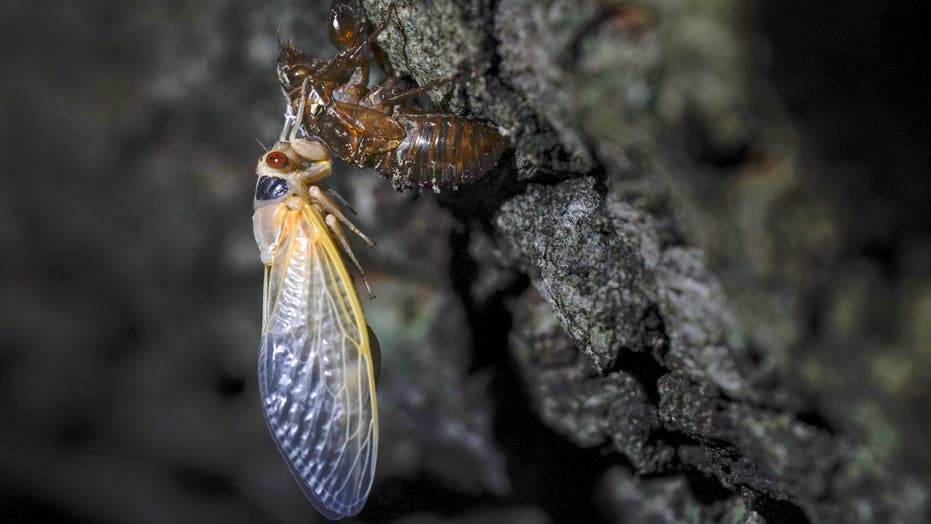 Something started bugging Ohio’s junior senator during a live televised interview about the economy, politics and the coronavirus pandemic Tuesday.

“We’ve got the raging inflation, we’ve got the UFOs,” Sen. Rob Portman said during an appearance on CNBC’s “Squawk Box,” shuffling his hands off camera before lifting them up, with captive prey inside. “And now we’ve got the cicadas.”

The lawmaker snagged the massive insect, saying it was the first he’s seen so far, as billions of them are expected to swarm 15 states between Georgia and New York. 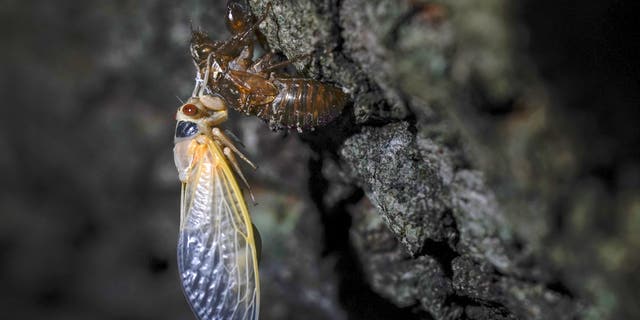 Trillions of cicadas are about to emerge from 15 states in the U.S. East. Scientists say Brood X is one of the biggest for these bugs which come out only once every 17 years. (AP Photo/Carolyn Kaster)

“This is my first cicada, just found it this morning on the Capitol grounds,” Portman said, holding it up for the camera. “I’m gonna let him go. There he goes.”

Cicadas are known to reemerge at regular intervals, make a ton of noise, reproduce and die off, leaving behind eggs that will emerge in the future. 2021 will see the rare 17-year Brood X in the eastern U.S.

The bugs have spent the last 17 years growing up – first as hatchlings in whatever tree their mother left them, then underground, feeding on roots. They are now climbing up above ground, shedding their juvenile “nymph” exoskeletons and emerging as large, winged bugs known for the mating songs and swarms. They will briefly have a chance to try and mate, ensuring a new generation will emerge 17 years from now. Within weeks, this year’s adults will die off.

Although they travel in swarms and are big, loud and creepy looking, they’re harmless to everything except young trees, experts say.

One of them happened to fly up to Portman during the appearance on “Squawk Box” as the senator and host Joe Kernen were discussing difficulties small businesses are having when trying to make hires as people collecting unemployment insurance can make more money doing that than going back to work.

“There are 8.1 million jobs open right now, which is historic,” Portman said. “We’ve never had that many jobs open in the United States of America.”

Portman said about 42% of people collecting unemployment are currently making more money doing that than they were at their previous job due to emergency benefits implemented during the coronavirus pandemic.

18/05/2021 Politics Comments Off on Sen. Portman snags a cicada on Capitol lawn in TV interview as swarms emerge
Markets