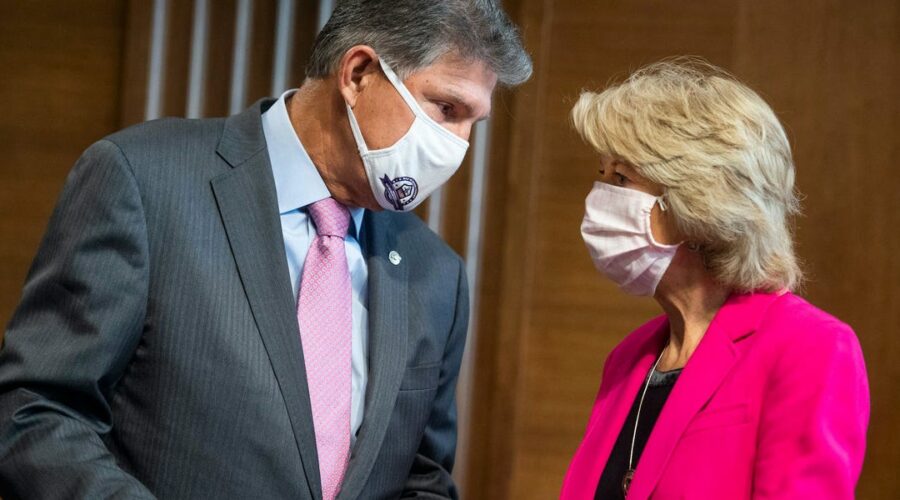 Democratic Sen. Joe Manchin of West Virginia has defended his opposition to a sweeping Democratic voting-rights bill introduced to counter a wave of state GOP-backed measures to restrict voting access.

Manchin announced his decision to vote against the For the People Act in an op-ed in the Charleston Gazette-Mail on Sunday.

The bill is due before the Senate in June, having passed the House of Representatives with no GOP support. In his op-ed, Manchin said he would not be backing it as it was too partisan.

Manchin’s opposition seriously imperils the chances of the bill passing in the Senate, which is split 50-50 between Republicans and Democrats, and where a filibuster-proof 60 votes is needed for legislation to pass.

In an interview with CBS News’ “Face the Nation” on Sunday, Manchin defended his opposition to the legislation, saying he believed that he a bipartisan bill to defend voting rights could be pushed through.

“I’m going to fight for this, and I think the Republicans will fight for this and understand we must come together on a voting rights bill in a bipartisan way,” he said.

“You can’t divide our country further by thinking you’ve given leeway to one or the other, and if they think they’re going to win by subverting and oppressing people from voting, they’re going to lose. They will lose.”

Manchin said he supported an alternative bill, the John Lewis Voting Rights Advancement Act, which would reinstate key parts of the 1965 Voting Rights Act and was gutted by a Supreme Court ruling in 2013.

In the interview, Manchin also said that he had already secured the support of one GOP senator, Lisa Murkowski of Alaska, for the alternative bill.

When asked why he believed he’d be able to secure bipartisan backing for a voting-rights bill in the face of consistent Republican opposition to Biden’s agenda, he appealed to the urgent need to heal the country’s political divisions.

“Someone’s got to fight for this,” he said. “We’ve got to say, listen, the divided country that we’re in today, the insurrection that we saw on January the 6th, if we don’t try to heal that, if we don’t make every effort and go beyond the call of duty, than what are we and who are we?”

President Joe Biden is under pressure to do more to defend access to voting amid a series of measures by GOP-controlled state legislatures, including Arizona and Florida, to restrict it.

Republicans say the measures are necessary to ensure the integrity of elections, and are being pursued on the basis of conspiracy theories alleging mass voter fraud pushed by former President Donald Trump. Critics say the measures disproportionately impact Black voters.

07/06/2021 Politics Comments Off on Sen. Joe Manchin defended his opposition to the Democratic voting-rights act, and said he thinks Republicans will vote for the bipartisan bill he's suggesting
Markets