Speaking on ITV Good Morning Britain, the former White House Communications Director claimed the Democrats must be wary of the Corbyn-like leftism advancing in the party. In a reference to former Labour Party leader Jeremy Corbyn, Mr Scaramucci warned: “In my opinion we watched a generation of blue coloured families go from aspirational to desperational.

“I think it’s more systemic than that.

“They (the Republicans) turned up form again, they defied the polling.

“And let me tell you something, we’ve got to be very careful of the Corbynism of the left of the Democratic Party.

“Because I do think that is also a tell here, and hopefully the Democrats will see that and they’ll have a reckoning inside the party.” 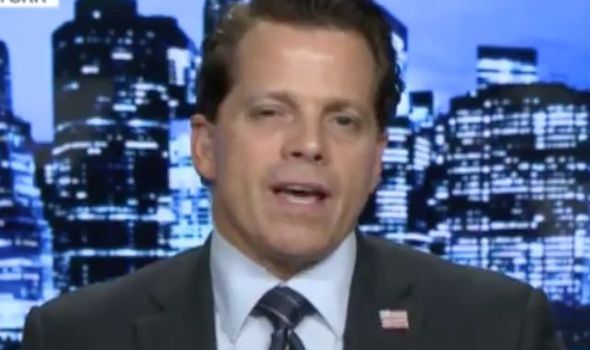 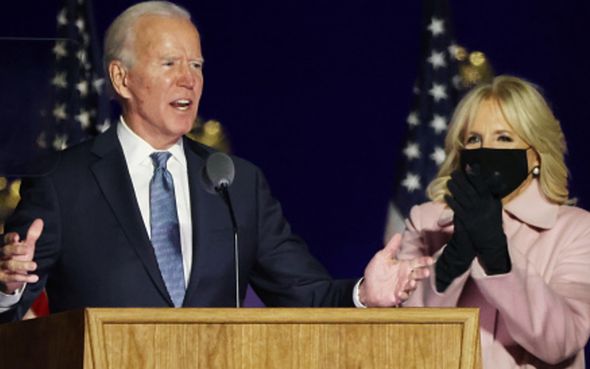 Democratic challenger Joe Biden has told supporters in Delaware “we are going to win this” but warned patience would be needed, and the election would not be over until every vote was counted.

“But look, we feel good about where we are. We really do. I am here to tell you tonight we believe we’re on track to win this election.”

He added: “We can know the results as early as tomorrow morning but it may take a little longer.

“As I’ve said all along, it’s not my place or Donald Trump’s place to declare who’s won this election, that’s the decision of the American people.

“But I’m optimistic about this outcome and I want to thank every one of you who came out and voted in this election.”

He continued: “I’m grateful to the poll workers, to our volunteers our canvassers, everyone who participated in this democratic process. 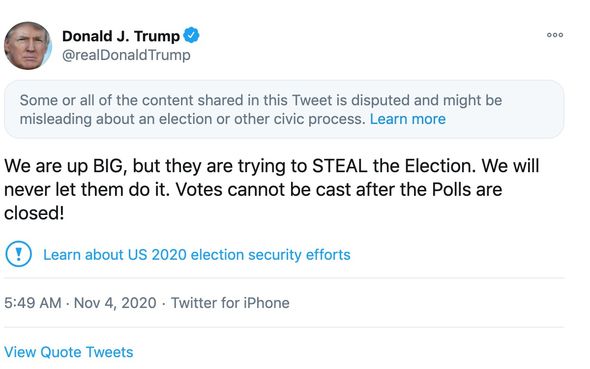 “And I’m grateful to all my supporters here in Delaware and all across the nation.

He closed his speech with: “Keep the faith guys, we’re going to win this.”

In response, President Donald Trump tweeted “We are up BIG, but they are trying to STEAL the Election. We will never let them do it. Votes cannot be cast after the Polls are closed!”, adding: “I will be making a statement tonight. A big WIN!”

Twitter has labelled Donald Trump’s tweet, accusing the Democratic party of “trying to steal the election”, as misleading.