Sanctioned Russian oligarch Andrey Melnichenko's megayacht was found hidden in a United Arab Emirates creek after a string of sanctions was imposed to punish those in Russian President Vladimir Putin's close circle.

Motor Yacht A, estimated to be around $300 million, was found docked at the port of Ras al-Khaimah flying an Emirati flag. The megayacht appears to have avoided the same fate as Melnichenko's other yacht – the Sailing Yacht A – that was seized by Italian authorities in March.

The Motor Yacht A was last located on March 10 off the coast of the Maldives. The Associated Press reported satellite images placing the yacht in Ras al-Khaimah’s creek on March 17. The Financial Times later reported the yacht's positioning on May 30.

Melnichenko was sanctioned on March 9 and stepped down from his positions at Eurochem and SUEK that same day. He has since denied any sort of connection to the Kremlin and has returned to Moscow, according to the Financial Times.

The UAE's neutral stance on the Russia-Ukraine war has made it a hotspot for Russian oligarchs seeking to avoid western sanctions and, as a result, became the ideal hiding spot for Melnichenko's megayacht. The country abstained on a U.N. Security Council vote in February condemning Russia’s invasion, angering Washington.

The UAE has yet to put sanctions on Russia, in line with other Western nations. It is currently providing visas to those non-sanctioned Russians currently living in the country, according to the BBC. 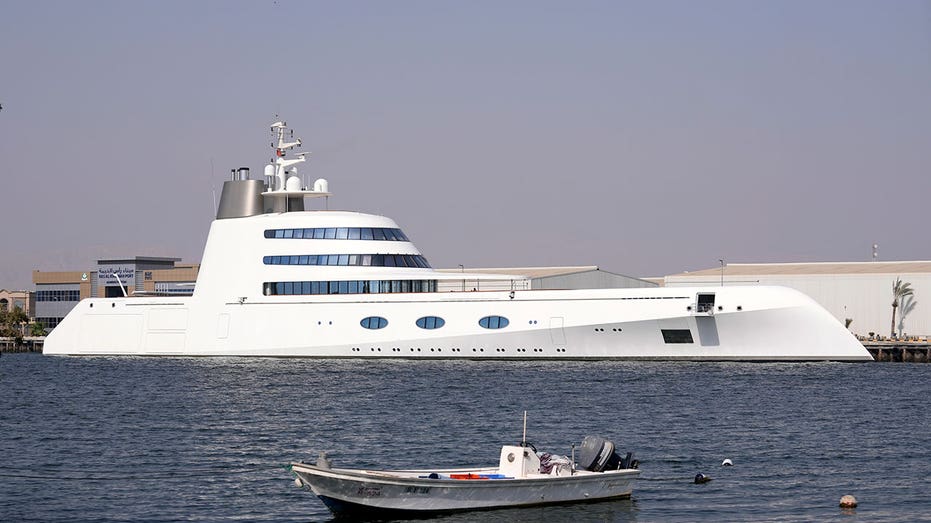 UAE ENERGY CHIEF DOUBLES DOWN ON OPEC ALLIANCE WITH RUSSIA

Dubai is also seeing an influx of Russian money as wealthy, non-sanctioned Russians have relocated to the country due to banking and financial flexibility. They have turned to smaller financial institutions as well as cryptocurrencies and hawala. As of April, Dubai real estate brokers reported an increase in Russian billionaires seeking luxury properties, according to Forbes.

"Big banks are more cautious but smaller banks are offering help to those wishing to relocate. It’s just taking a lot of time," a Russian businessman told the Financial Times.

While the UAE remains neutral on the matter, President Biden said he would send advanced rocket systems to Ukraine as the nearly three-month war continues to devastate the country.