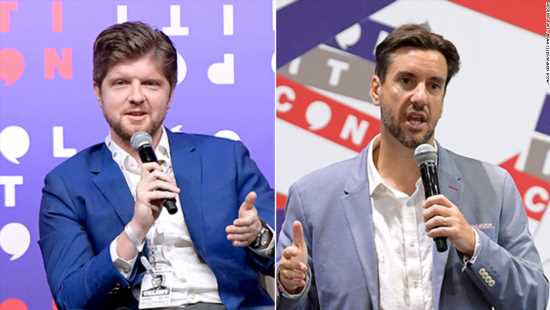 Travis, 42, and Sexton, 39, bring a slightly different style and background to the world of talk radio. Both are younger than nearly all of the top hosts in the industry. And, while Sexton has had a more traditional career in conservative media, Travis is largely known for his commentary on sports. Travis has also generated controversy for sexist remarks.

That said, both Travis and Sexton have years of experience hosting talk radio programs and have been supportive of former President Donald Trump. Sexton, a regular guest on Fox News, has hosted a three-hour program since 2017. And Travis has hosted a FOX Sports Radio show since 2016.

The Wall Street Journal, which first reported the news, said the duo “will serve up similar right-wing fare” as Limbaugh. Premiere Networks described the show as a discussion of news, politics, and current events “with intelligence and humor.”

“Rush Limbaugh is irreplaceable,” acknowledged Julie Talbott, president of Premiere Networks, in a statement, “but we’re confident they will continue his legacy by delivering their own brand of intelligent, informed and entertaining talk radio, while providing our partners with a powerful platform to connect with their consumers.”
Limbaugh died in February at 70 following a battle with cancer, leaving a massive void in talk radio. For decades, Limbaugh was known as the king of talk radio and one of the most influential conservative media personalities in the country. Since his death, Premiere Networks has filled the time slot largely with old clips from his show.

Limbaugh’s death has prompted other companies to launch their own shows in his time slot, with the hope of attracting some of his sizable audience.
Cumulus Media’s Westwood One launched a show in Limbaugh’s time slot with right-wing media bomb thrower Dan Bongino in March. And Radio Ink announced that same month that it had renewed host Dana Loesch to continue hosting her show in the 12 p.m to 3 p.m. ET time slot.
Source: Read Full Article