The Labour frontbencher warned Robert Buckland over his support for Boris Johnson’s latest the Internal Market Bill, which seeks to break international law by overriding parts of the Brexit withdrawal agreement signed with Brussels. David Lammy lashed out against the Justice Secretary as he claimed the Tory MP should be wary of his latest sentencing reform proposals at a time he is himself breaking his oath to uphold the rule of law.

Mr Lammy said: “This statement follows in a week in which the Secretary of State who took a oath to uphold the rule of law has let his office and the system down.

“The whole country have watched him squirm in his seat as he has stood with the Prime Minister.

“I hope he recognises the importance of the days ahead as he brings this to the chamber.”

But Mr Buckland promplty shut down the Labour MP’s outburst with a humiliating reminder of the last Labour Government’s failure of the justice system. 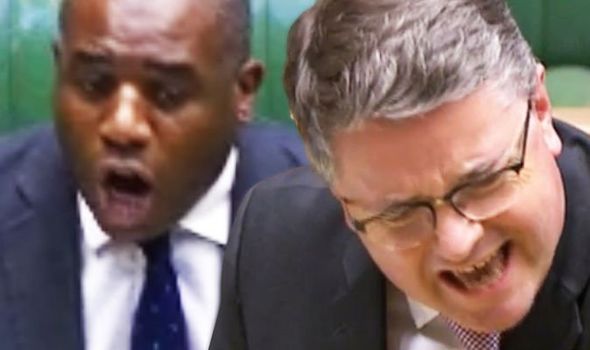 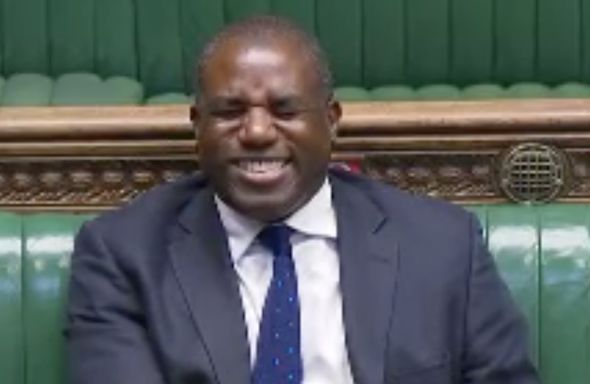 He blasted: “It was all going so well and then the Right Honourable gentleman had to spoil it with an ill-judged, ill-timed and wholly inappropriate intervention.

“That created the chaos that I am now having to deal with with this sentencing reform.

“I will take no lecture, with the greatest respect, from him about a Labour Government that made automatic early release at halfway terms for so many sentences the law.

“That is the wrong that we are writing now as a result of the reform that we will introduce.”

Mr Lammy could be seen in tatters on the opposite benches as he suffered the brutal response.

In a Commons statement, the Lord Chancellor said: “These measures will keep offenders who pose a risk to the public off our streets for longer and help restore public confidence that robust sentences are executed in a way that better reflects the gravity of the crimes committed.

“At the other end of the spectrum protecting the public from the effects of lower-level offending means finding new ways to break cycles of crime, to prevent a revolving door of short custodial sentences that we know offer little rehabilitative value.”

Mr Buckland later highlighted plans in the sentencing white paper to improve support for offenders with neurodiverse conditions such as autism.

He told MPs: “That has been a long-standing passion and commitment of mine.

“Autism, ADHD, they are real conditions that affect thousands of people in our country and I have had personal experience in the criminal justice system of representing people with those conditions and I think we can do better.”