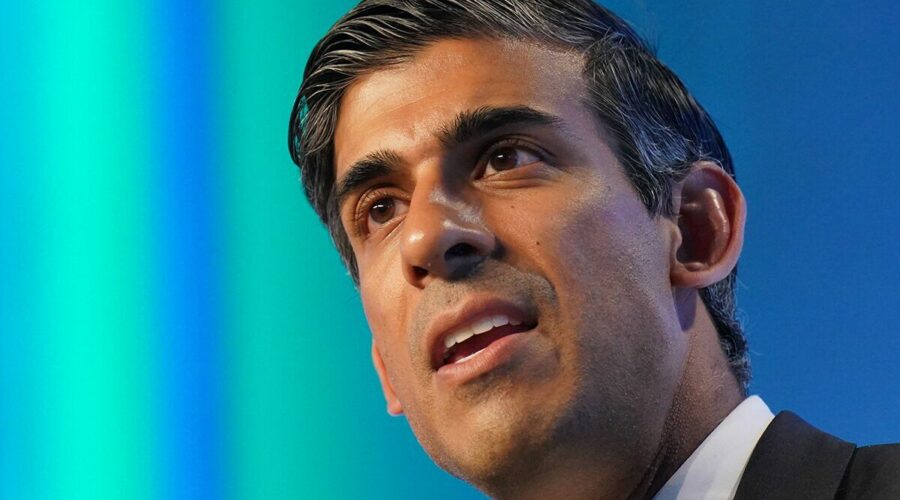 The Chancellor has been blamed for paying too much interest in servicing the Government’s debt. He failed to insure against interest rate rises on £900billion created through the quantitative easing programme, according to The National Institute of Economic and Social Research (NIESR).

The institute’s director, Professor Jagjit Chadha, told the Financial Times that Mr Sunak’s actions had left the country with “an enormous bill and heavy continuing exposure to interest rate risk”.

Last year the NIESR urged the Government to insure the cost of its debt when interest rates were still 0.1 percent.

It said the debt should be converted into Government bonds with longer maturity that would be protected against rate changes.

It says Mr Sunak failed to follow its advice and that taxpayer money is now being used to cover the extra cost.

The Bank of England increased interest rates to one percent in May – their highest level in 13 years – in order to help curb soaring inflation.

The NIESR believes an extra £11billion of taxpayer cash is needed to service the debt.

He said: “It is time for the government to stop spending, and to start cutting taxes and cutting regulation.

“This has been an era of phenomenal corporate welfare.

“From PPE contracts that were driven by the desperation of the pandemic, to billions of pounds invested – driven by the same desperation – in vaccines and anti-virals, to the whole array of businesses that were, quite rightly, supported and by furlough and Bounce Back Loans and all the rest of the programmes.

“Of course this Government will continue to invest in the bedrock on which businesses build their foundations: in infrastructure, skills and technology.

“But sometimes the best way that Government can help is simply to get out of the way. To do less or better, or simply not at all.”

“The Treasury has inaccurately been accused of wasting billions of pounds,” he said.

“This is not true, and the proposed measures come with huge economic risks and could undermine the Bank of England’s independence.”

He said “implementing the proposals would have a significant impact on market prices and credibility”.

A Treasury spokesman added: “There are long-standing arrangements around the asset purchase facility – to date £120billion has been transferred to HM Treasury and used to reduce our debt, but we have always been aware that at some point the direction of those payments may need to reverse.

“We have a clear financing strategy to meet the Government’s funding needs, which we set independently of the Bank of England’s monetary policy decisions.

“It is for the Monetary Policy Committee to take decisions on quantitative easing operations to meet the objectives in their remit, and we remain fully committed to their independence.”