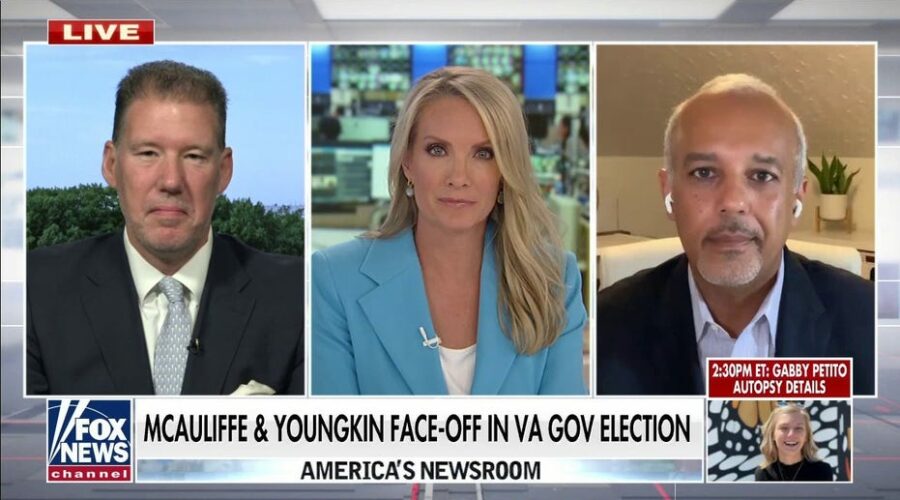 Will Virginia’s gubernatorial election be a ‘bellwether’ for the 2022 midterms?

Republicans in the Iowa House won a special election Tuesday and claimed a seat that had been held by a Democrat in the state for decades.

Jon Dunwell, 55, a pastor and financial services representative, flipped Iowa House District 29 from blue to red after winning about 60% of the vote, the Des Moines Register reported. The victory, which marks the second special election win for Republicans in recent weeks, gives the party a 60-40- majority in the state’s House, the paper said.

“Iowans are sending a clear message—they wholly reject the policies and agenda of Iowa Democrats,” Jeff Kauffmann, the head of the state’s Republican Party, said in a statement. He said it is his hope that the state’s GOP will help “put an end to the chaos we are seeing coming out of Washington, D.C.”

The seat became vacant when Democratic incumbent Wes Breckenridge, who defeated Dunwell in 2020, resigned after accepting a job at the Iowa Law Enforcement Academy. Dunwell defeated Democrat Steve Mullan, an 82-year-old retired teacher who serves on the Newton City Council.

The Iowa State Secretary of State still has to certify the vote.

The victory attracted the attention of Ronna McDaniel, the head of the Republican National Committee, who tweeted on Tuesday that Democrats in the state held the seat for 46 years.

House Speaker Pat Grassley said in a statement obtained by the Register, “This is further confirmation that Iowans are resoundingly rejecting the liberal policies coming from D.C. and influencing the Democratic Party in Iowa.”

Dunwell did not immediately respond to an email from Fox News.