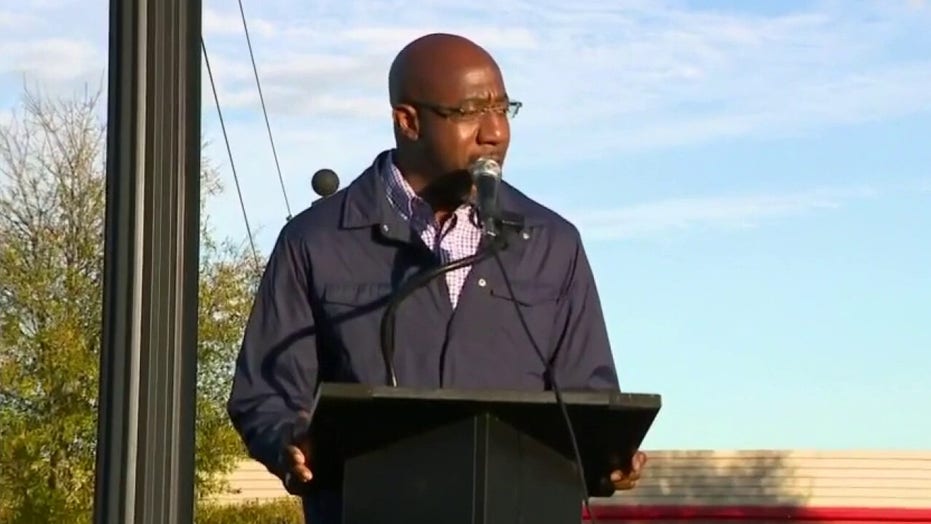 Georgia Senate candidate Raphael Warnock, in a 2018 sermon, tore into the British vote to leave the European Union — calling Brexit part of the "same problem" as "Trumpism" and was an example of "ethnocentrism and hate."

"Hate has gone viral," he said in a sermon at Ebenezer Baptist Church. "Nativism and ethnocentrism and bigotry in high places on both sides of the Atlantic. Before there was Trumpism over here, there was Brexit over there."

Britain voted in 2016 to leave the European Union after long-standing concerns. It was widely seen as the first big victory for populists in the West, ahead of President Trump’s victory a few months later in the U.S. presidential election.

"Different contexts, same problem," Warnock said. "Nativism and ethnocentrism and hate. Us against them."

The U.K. formally left the E.U. in January and will finalize its departure from the bloc later this week as it completes a transition period with the expected signing of a free trade deal.

Warnock is locked in a tight Senate runoff race with Republican Sen. Kelly Loeffler, which will be determined on Jan. 5. That, along with another runoff between Sen. David Perdue and Democrat Jon Ossoff, will determine which party controls the Senate next year.

The Brexit remark is the latest fiery statement on political issues to emerge from Warnock’s pulpit, and one that has led to criticism from Loeffler and other Republicans.

In that same sermon, Warnock claimed that Israel shot down "unarmed Palestinian sisters and brothers like birds of prey." Warnock has since sought to clarify past remarks on Israel and that he will stand with Israel if elected to the Senate.

"It’s a complicated situation, and it’s one that I will always engage as a principled and honest broker, who both affirms human rights and at the same time is trying to get us to a place where Israel can exist alongside its neighbors in peace," he said earlier this month.

29/12/2020 Politics Comments Off on Raphael Warnock, in sermon, said Brexit was example of 'ethnocentrism and hate'
Markets