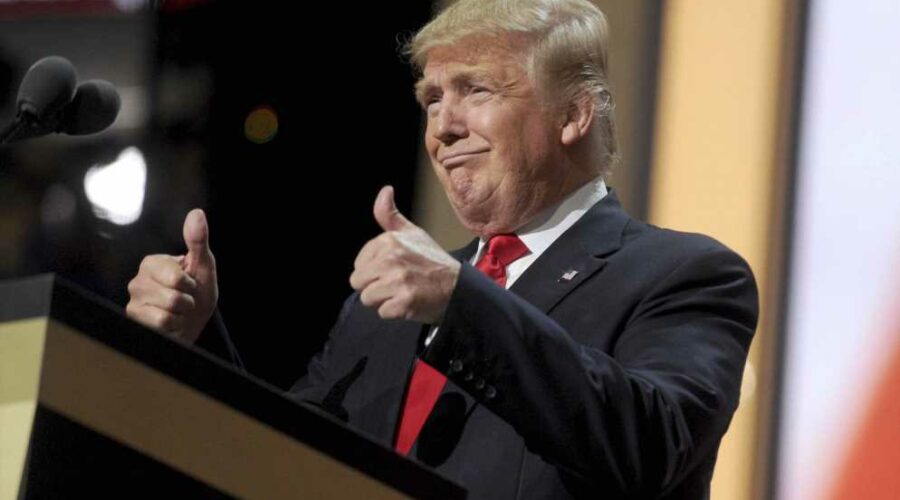 Donald Trump, the man who has described himself repeatedly as “the least racist person there is,” reportedly made an incredibly racist joke while right before meeting the prime minister of Vietnam, Nguyen Xuân Phúc, who is now president of the country.

The account of the incident comes from a new book written by former U.S. Ambassador to Vietnam Ted Osius, who was appointed to the position by President Obama in 2017. An excerpt of his book was published in Salon on Tuesday.

“So, who are we meeting?” Trump asked then-National Security Adviser H.R. McMaster during a trip to New York City in May of 2017, according to the book.

In response, according to the book said, Trump made a racist joke: “You mean like Fook You? I knew a guy named Fook You. Really. I rented him a restaurant. When he picked up the phone, he answered ‘Fook You.’ His business went badly. People didn’t like that. He lost the restaurant.”

Osius writes that after the people in the room “laughed dutifully,” ensuring Trump’s delicate ego remained intact, McMaster reminded the president that he had five minutes remaining before the meeting began. Osius, a career diplomat, would resign mere months after Trump made the remark because he disagreed with the administration’s attempts to deport thousands of South Vietnam refugees who came to the U.S. following the Vietnam War.

This is, of course, far from the former president’s only racist remark. He notoriously referred to a number of countries as “shithole” countries, shared a video on Twitter of his supporters yelling “white power,” and infamously launched his campaign claiming Mexican immigrants entering the country were “rapists” — to name just a few of many, many examples.