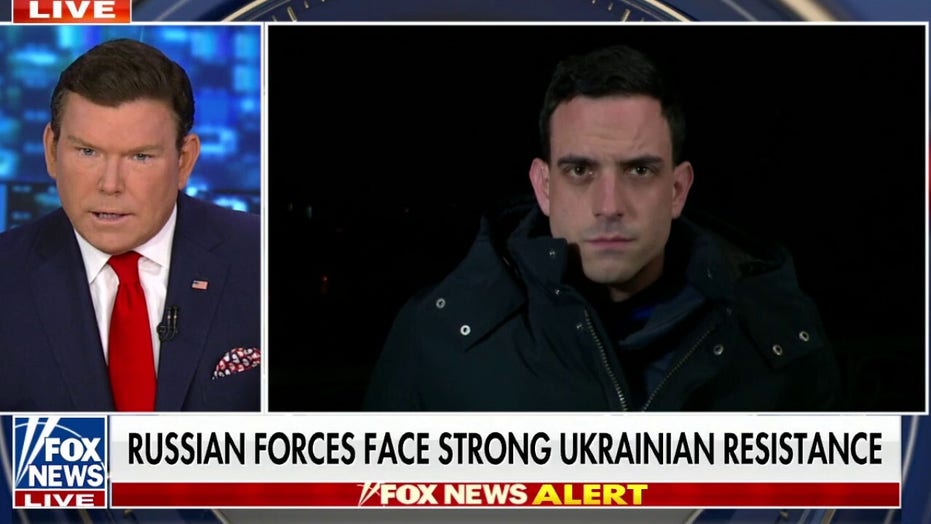 Fox News foreign correspondent provides the latest on the Russian invasion of Ukraine on ‘Fox Report’ live from Kyiv.

Russia’s military is roughly 4.5 times larger than Ukraine’s active-duty force, but Ukrainians continue to hold the capital city of Kyiv as Russian troops encircle it.

“The longer this goes on the worse it is for Vladimir Putin,” former CIA Moscow station chief Dan Hoffman told Fox News Digital. “There’s got to be some questions about miscalculations.” 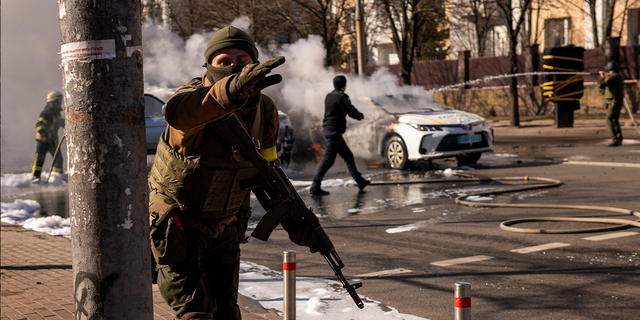 Despite concerns expressed by Ukrainian President Volodymyr Zelenskyy last week, senior defense officials have noted that the Russian troops have failed to carry out successful military operations under the cover of darkness.

Russian soldiers have appeared poorly equipped and reports have surfaced suggesting troops were forced to forage for food and supplies in Ukrainian towns – a move that has surprised Western onlookers.

“They’ve been out in the field for a very long time, in the wintertime, which takes its toll,” former Deputy Assistant Secretary of Defense for Europe and NATO, Michael Ryan, said in reference to the 150,000 Russian troops that were stationed along Ukraine’s border in the lead up to the invasion.

“In the Russian army – just like in the Soviet Army and then Russian armies historically – junior soldiers are treated very badly,” he said noting it is a consistent mentality at every level in the Russian ranks.

Ryan, who also served as the former Acting Assistant Secretary of Defense for International Security Affairs, argued that while this may be a successful tactic to maintaining order on a garrison the strategy fails in combative situations.

“They use a very strict discipline that’s enforced by very severe punishments in order to maintain cohesion of a fighting force,” he said.

“When you go out into combat, it requires initiative and understanding on the part of your soldiers to achieve the objectives against difficult odds – they just don’t have that mindset,” Ryan continued. “They don’t have that training. They don’t have that flexibility that Western forces tend to have because of the way our cultures operate.”

The experts warned against comparing the U.S. image of a fighting force to Russia’s defenses. 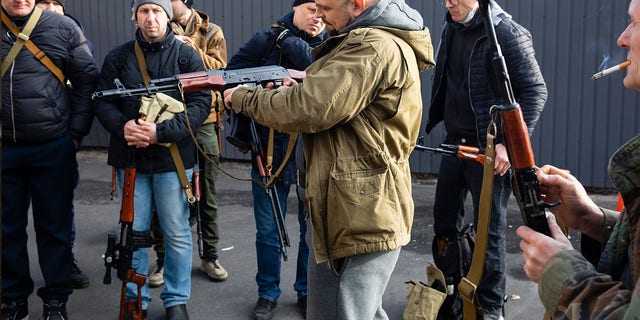 “Humans tend to mirror image – we equate our understanding of our army with their understanding of their army. But history doesn’t bear out that they conduct their military affairs the same way we do,” Ryan said.

Senior defense officials have confirmed that Russian forces have been unsuccessful in gaining air superiority or taking any city in Ukraine despite Russia’s advanced military capabilities.

The former Pentagon official said it is down to Zelenskyy’s determination to stay in Ukraine despite “mortal danger to himself and his family” that has unified his forces.

“His courageous decision to remain in Kyiv has clearly strengthened the resolve of the Ukrainian military and inspired ordinary citizens to stand and fight against the invaders,” Anderson said.

Senior defense officials said that as of Saturday, Russia has deployed more than 50 percent of its amassed force into Ukraine.

But Ryan warned that this could indicate Moscow has launched an operational probe to check for Ukrainian weak points.

“Normally, in military operational activity it’s a two-third forward and one-third in reserve,” he explained. “You keep one-third of your force in reserve either to reinforce where you’re weak – the enemies counter-attacks – or to exploit success.”

Ryan said Russia is exemplifying “classic” Russian tactics in pursuing one objective while seemingly bypassing other cities to come back to later.

Putin has justified his invasion of Ukraine as a preemptive operation to counter what he has claimed is NATO aggression towards Russia.

In the lead-up to the invasion, Putin demanded that NATO bar Ukraine from being permitted admittance into the 30-nation alliance – a demand the West flatly rejected.

Hoffman argued that Putin’s decision to invade Ukraine and his inability to do it as quickly as security officials initially feared has played in Ukraine’s favor.

“Before Russia’s attack on Ukraine, it was Ukraine seeking to join NATO,” the former CIA Moscow station chief said noting the praise Zelenskyy has received from Western leaders. “Now it’s NATO joining Ukraine and their fight for freedom and independence.

27/02/2022 Politics Comments Off on Putin’s strategic failure and ‘miscalculations’ play out on the world stage, experts weigh in
Markets