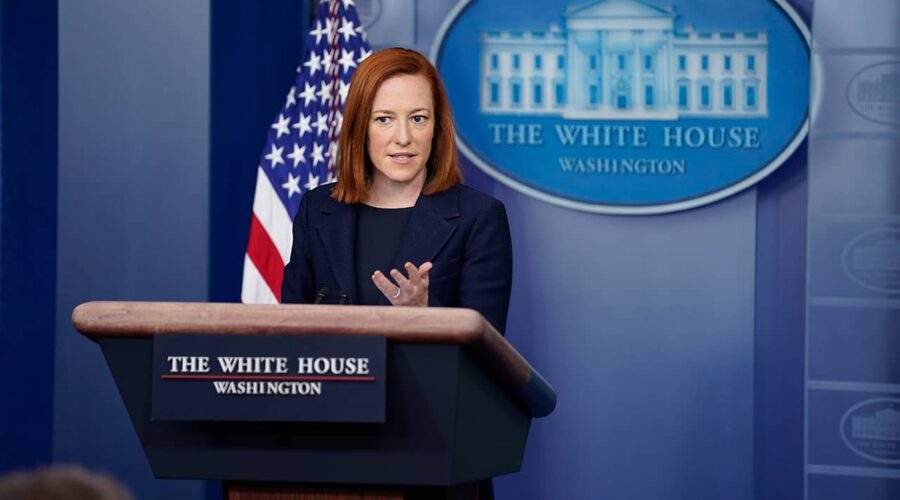 White House press secretary Jen Psaki said that there is “no basis” for calls to shut down a Texas child migrant facility where sexual assault has been alleged, but the allegations will be taken “seriously.”

Psaki promised the claims would be taken seriously and looked into, but there is “no basis for his call to shut down San Antonio Freeman as an intake site.”

The site holds more than 1,300 migrant children — one of a number of sites set up to handle a surge in migrants in recent months.

MORE THAN 1,300 MIGRANTS CHILDREN BEING HELD AT COLISEUM WHERE SEXUAL ABUSE IS ALLEGED

Abbott said he believed the allegations came from someone inside the facility, and that they include sexual abuse, insufficient staffing, children not eating and COVID-positive migrants not being separated.

The governor said that separate complaints were sent to the Department of Health and Human Services and the Texas Department of Family and Protective Services Wednesday, alleging four different kinds of child abuse.

The Department of Health and Human Services (HHS) said in a statement to The Associated Press that it could not comment on specific cases but “has a zero-tolerance policy for all forms of sexual abuse, sexual harassment, and inappropriate sexual behavior.”

There are currently more than 16,000 unaccompanied children in HHS care and more than 4,000 in Customs and Border Protection (CBP) custody. On Thursday, CBP announced there had been 172,000 migrant encounters in March. That included 18,890 unaccompanied children — a 100% increase from the already high numbers encountered in February, and the highest monthly number recorded.

09/04/2021 Politics Comments Off on Psaki: 'No basis’ for calls to shut down Texas child migrant facility
Markets