Former Kentucky state Rep. Charles Booker announced Monday that he has formed an exploratory committee for a potential 2022 Senate campaign, a major indication that he plans to challenge Sen. Rand Paul (R) next year.

Booker, who narrowly lost the Democratic primary contest to face Senate GOP leader Mitch McConnell a year ago, is for now the only major Democrat considering a bid against Paul, who has served in the Senate since 2011. If he were to beat Paul, Booker would become the first Black lawmaker Kentucky has ever sent to Washington.

Booker announced the formation of the exploratory committee, which will allow him to begin fundraising and building out campaign infrastructure before he formally decides to join the race, in a video that hits on the major theme of his previous campaign: the idea that a bold, progressive and populist agenda can achieve popularity across party lines. Or, as his old campaign slogan goes, he wants to unite voters from the ’hoods of his native Louisville to the hollers of eastern Kentucky Appalachia.

Victory in Kentucky is a tall task for Democrats, who haven’t won a Senate race there since 1992 and haven’t come particularly close since 2004. Kentucky was barren ground for Democrats in 2020, when former President Donald Trump won the state by 26 points, McConnell secured one of the largest victories of his career, and Republicans expanded their supermajorities in both state legislative chambers.

That core message hasn’t changed even though his potential opponent has. Booker, who has argued that Democrats need to do more to outline and sell an aggressive agenda to voters in states like Kentucky, is still running on a Green New Deal and “Medicare for All,” as he did in 2020. Racial justice and a universal basic income remain at the center of his pitch. And Paul, Booker argued, is just as big a roadblock to the structural change he believes Kentuckians want as McConnell has always been.

“Kentucky, unfortunately, has two very terrible senators that have both really built a career off of screwing us,” Booker said. If he makes it to the Senate, Booker favors the abolition of the filibuster, the 60-vote threshold that could block Senate Democrats from advancing President Joe Biden’s biggest agenda items.

Should he formally declare his candidacy, Booker would join a growing list of prominent Black candidates running Senate campaigns next year, as the Democratic Party abandons its traditional hesitance to back Black politicians and instead embraces a new generation of potential leaders in states like Georgia, Pennsylvania, North Carolina and Wisconsin.

Booker, who in 2018 became the youngest Black lawmaker elected in Kentucky in nearly a century, does not shy away from the historic aspect of his potential candidacy, and believes it could also help reach some rural, white voters Democratic candidates have struggled to win over in recent years.

“I think the country realizes we need to tell a different story. What we’ve been doing hasn’t worked, and the bottom has fallen out for everybody. Truth of the matter is, the bottom been done fell out for the people in my community,” he said. “I stand on the shoulders of my ancestors who fought for desegregation, and on the shoulders of hardworking men and women that gave their all even though they weren’t seen and heard. And so when I travel across Kentucky and talk to folks in rural areas, I listen to them because I know what it means to be heard, or to be ignored.” 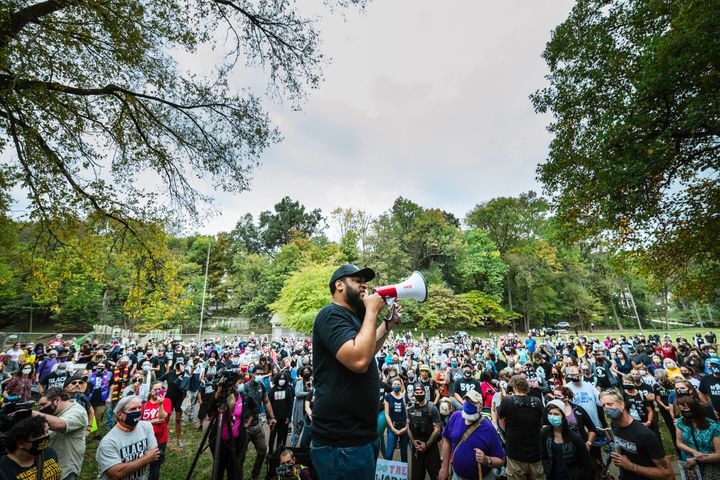 Booker would begin his second Senate campaign in a stronger position than his first, when he was a long-shot candidate who was barely known even in his hometown of Louisville. Few observers gave him much chance, given the presence of a primary opponent who had already amassed millions of dollars and consolidated national support.

But he caught fire late in the race thanks to the front-line role he took in the Black Lives Matter protests that erupted after the police killings of George Floyd in Minneapolis and Breonna Taylor in Louisville. The demonstrations took place in the final stages of a primary election that was delayed by the COVID-19 pandemic, and Booker’s message about both issues helped him surge in the polls.

The close loss turned him into a darling of progressives in Kentucky and nationally, but Booker also argued that he succeeded in motivating moderate and conservative Democrats across the state as well, and that the loss was the beginning of the sort of movement he had called for rather than a refutation of it.

Last month, Booker ruled out a bid for mayor of Louisville, fueling speculation that he would run against Paul. He has also ramped up his public criticism in recent months, using Twitter to blast Paul for supporting Republican efforts to restrict voting rights and continuing to baselessly insist that there may have been rampant irregularities in the 2020 election.

A libertarian who knocked off his own party’s favored candidate in a 2010 primary, Paul cruised to reelection in 2016 and is widely considered a safe bet to win a third term next year. A slim majority of Kentuckians approve of his job performance, according to a February poll from Mason-Dixon, which regularly surveys the state. The poll showed him leading a generic Democratic candidate, 47-41.

A spokesperson for Paul’s campaign cited Trump’s recent endorsement of the senator’s reelection bid in a statement to The Associated Press, and said that Kentuckians “know that there is no greater champion for the values they hold dear.”

The state legislature also made 2022 an even tougher climate for Democrats last month when it passed a constitutional amendment that would mean there is no legal right to abortion in Kentucky if the Supreme Court ever overturns Roe v. Wade ― a change that requires approval from voters and thus puts the issue on the ballot in a socially conservative state next year.

And with Democrats focused on defending seats in Georgia and Arizona or pickup possibilities in North Carolina, Wisconsin and Pennsylvania, Paul isn’t likely to become a major target for the party’s national campaign apparatus ― although Democratic National Committee Chairman Jaime Harrison quickly welcomed Booker to the race on Monday.

But Booker believes the energy that fueled his sudden ascent in last year’s primary can boost an upset bid this time around too. Kentuckians largely approve of the job Democratic Gov. Andy Beshear has done during the COVID-19 pandemic, according to polls, while the relief package Biden and Democrats passed last month has won high marks across party lines nationwide.

That could make it easier for red-state Democrats to play offense next year, even during the sort of midterm cycle that is usually rough for members of a new president’s party.

“Hundreds of millions of dollars is coming to Kentucky to help provide relief, and Rand Paul voted against it,” he said of Paul’s opposition to the latest COVID-19 relief package, a preview of the sort of message that Democrats will likely deploy widely after every Republican member of Congress and the Senate voted against the plan. “Getting things done for people makes a difference. Passing relief that gets money into the hands of people that have lost everything makes a difference.” 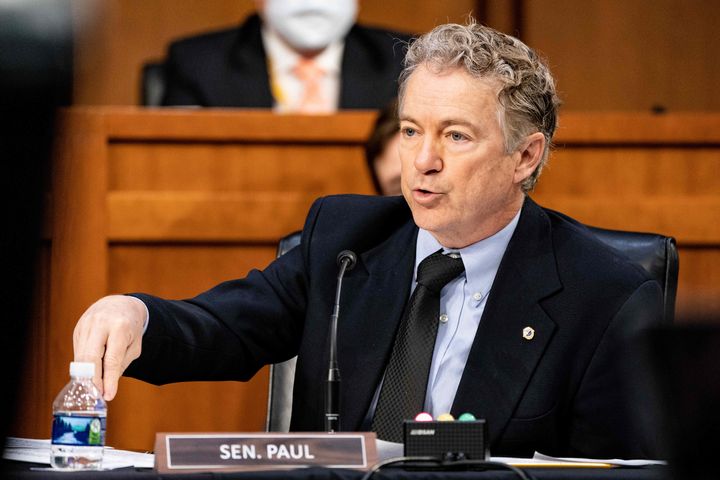 Paul has also come out against Biden’s infrastructure proposal, and its provision that would raise taxes on corporations in particular. Booker sees that too as an unacceptable position for a Kentucky senator to take, especially after a year in which historic flooding battered the eastern part of the state.

“He doesn’t think the government should do anything,” Booker said.

Booker, who pitched the Green New Deal as a way for Kentuckians to take a leadership role in building a new energy economy especially as the state’s coal industry continues its steady demise, called Biden’s infrastructure plan a good start but said his ideal version would go even further. He has also called for the immediate passage of Democrats’ major voting rights bill.

Breonna Taylor’s killing and the racial justice protests that followed have also left a lasting mark on Kentucky: Last week, the state legislature approved a bill that restricts the use of warrants that contain “no knock” provisions, which allow police to enter homes without announcing their presence. Booker, who proposed a similar bill while in office, testified in favor of a ban on such warrants this year, and he views its approval as evidence that Kentucky is ready for more progress on racial justice grounds.

That’s a rare area of agreement between Booker and his potential opponent. Paul favors a ban on no-knock warrants and introduced federal legislation that would end them nationwide. But he has also made headlines for blocking the passage of an anti-lynching bill, and during his first campaign said he would have opposed the 1964 Civil Rights Act ― two more reasons, Booker said, that Paul needs to go.