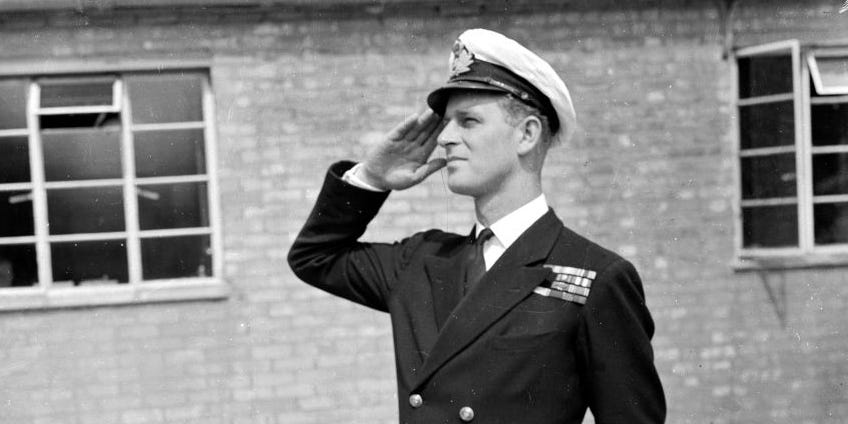 Prince Philip, who died on Friday at the age of 99, was a decorated World War II veteran who fought in a number of naval battles, including one bloody exchange in the dead of night.

Three British Royal Navy battleships closed with Italian warships in the dark, catching the enemy force off guard. It was the kind of close-quarters gun battle that ship radar advancements would make rare. Philip, who was then a 19-year-old midshipman on the HMS Valiant, was manning the searchlights for finding enemies that night.

“I seem to remember that I reported that I had a target in sight, and was ordered to ‘open shutter’. The beam lit up a stationary cruiser, but we were so close by then that the beam only lit up half the ship,” Philip recalled in the forward of the 2012 history book Dark Seas: The Battle of Cape Matapan.

Philip said that “at this point all hell broke loose as all our eight 15-inch guns started firing at the stationary cruiser, which disappeared in an explosion and a cloud of smoke.”

“I was then ordered to ‘train left’ and lit up another Italian cruiser, which was given the same treatment,” he said.

During the nighttime fight, British warships sank three cruisers and two destroyers, some in a matter of minutes. The Italians lost more than 2,000 sailors. One account from the battle said that “thousands of bodies were strung over fifteen miles of sea off Cape Matapan.”

For his actions during the battle, Philip was awarded the Greek War Cross, a military decoration for heroism.

Two years later, Philip took part in the allied invasion of Sicily, serving as a first lieutenant and second-in-command aboard the destroyer HMS Wallace, a ship he is credited with helping save from an enemy bomber with a bit of quick thinking.

Harry Hargreaves, a former Royal Navy sailor who served with Philip aboard the Wallace, recalled the events of the 1943 fight in the early 2000s in discussions with British media.

He said that the Wallace was facing almost certain destruction by a German Luftwaffe bomber. “It was obvious that we were the target for tonight and they would not stop until we had suffered a fatal hit,” he said.

He said that in that terrifying moment, he saw Philip in a hurried conversation with the ship’s captain, presumably trying to come up with a plan of action before the bomber came back around.

“The next thing a wooden raft was being put together on deck,” the former yeoman said. “Within five minutes they launched the raft over the side, at each end was fastened a smoke float.” Once the raft was in the water, smoke began to billow up, as it might from a wounded warship.

The captain relocated the Wallace and then ordered engines stopped, sitting quietly in the darkness, bracing for the next attack. When the bomber circled back around for another run, it targeted the raft billowing smoke as though on fire. The plan had worked.

“Prince Philip saved our lives that night,” Hargreaves told British media. “He was always very courageous and resourceful and thought very quickly. You would say to yourself ‘What the hell are we going to do now?’ and Philip would come up with something.”

Philip met his future wife of more than seven decades, Queen Elizabeth II, as a young cadet at the Britannia Royal Naval College in Dartmouth just a few years before the war.

“It is with deep sorrow that Her Majesty The Queen has announced the death of her beloved husband, His Royal Highness The Prince Philip, Duke of Edinburgh,” Buckingham Palace announced Friday. “His Royal Highness passed away peacefully this morning at Windsor Castle.”