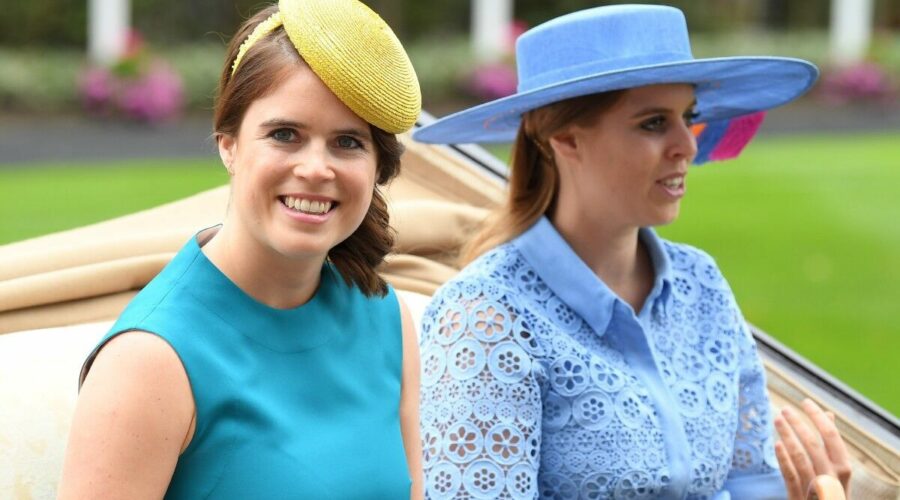 The Duke of York’s daughters, who are tenth and twelfth in the line of succession, have their own jobs as well as carrying out charity work. But Andrew wants Beatrice, 33, and Eugenie, 32, to be made working royals, according to the Telegraph.

Meanwhile Eugenie, who gave birth to her son August in February 2021, has a job at the Hauser & Wirth art gallery.

The sisters also carry out charity work and are patrons of a number of organisations.

Eugenie launched The Anti-Slavery Collective in 2017 which raises awareness of modern slavery.

Andrew’s reported bid for his daughters to be made working royals comes amid reports he is demanding his own royal status is “reinstated, recognised and respected”.

The Duke is said to have asked the Queen for his HRH style to be returned along with his prestigious role as Colonel of the Grenadier Guards.

A source told the Telegraph: “The colonelcy of the Grenadier Guards was his most coveted title and he wants it back.

“Having remained a Counsellor of State, he also believes he should be included at royal and state events.

“Most importantly for him is his status as an HRH and ‘Prince of the Blood’ and he feels that should be reinstated and his position recognised and respected.”

It comes amid reports that the Queen’s second son is eyeing up a royal comeback.

Andrew’s reputation has been tarnished by the scandal over his friendship with paedophile billionaire Jeffrey Epstein and the civil sex assault case brought against him in the US by Virginia Giuffre.

He lost his HRH style and military titles earlier this year ahead of settling the lawsuit.

The Duke has always strenuously denied the allegations and the settlement was not an admission of guilt on his part.

It comes as Buckingham Palace has confirmed Andrew will not be seen in public today for Garter Day.

Prince Charles and Prince William reportedly lobbied the Queen about the Duke’s participation in the ceremony in Windsor.

Andrew’s involvement will be limited to the lunch and investiture ceremony, both held behind closed doors.

The Queen’s second son, who pulled out of Platinum Jubilee events after testing positive for Covid, sparked controversy with his last public appearance as he took centre stage escorting his mother to Prince Philip’s memorial service in March.

Express.co.uk has contacted representatives for the Duke for comment.