Few U.S. voters realize the gas and oil used to power their homes and appliances spew huge amounts of carbon into the atmosphere.

But vast majorities of voters across party lines want the federal government to help them buy and install electric stoves, heaters and other appliances that would reduce their dependence on fossil fuels and eliminate emissions.

That’s according to a new survey of 1,264 likely voters from the polling group Data for Progress and the advocacy nonprofit Rewiring America.

The findings, from a national poll taken between July 7-9, could buoy support for the new legislation Sen. Martin Heinrich (D-N.M.) is set to introduce Thursday that would add rebates for new energy-efficient or zero-carbon appliances and heating systems into the federal spending legislation lawmakers are currently negotiating.

Just 15% of those surveyed estimated that household energy usage produced “a lot” of emissions, with most estimating that decisions made around the proverbial dinner table ― about what car to drive, what stove to buy, and what kind of furnace to heat the water in the shower ― affect, at most, only 20% of the country’s climate-changing pollution.

In reality, that number is closer to 37%, according to data from Rewiring America, a nonprofit founded by a MacArthur “genius” who conducted the first total accounting of all U.S. energy use and emissions. To keep global warming from reaching catastrophic levels, countries, especially rich ones like the U.S., need to rapidly eliminate fossil fuel use ― and that means electrifying virtually every home and automobile.

Considering that most people replace equipment in their homes only when it breaks down, roughly every 15 years or so, that mass electrification will likely depend on policies to make efficient, carbon-free appliances the obvious choice over fossil-fueled ones. 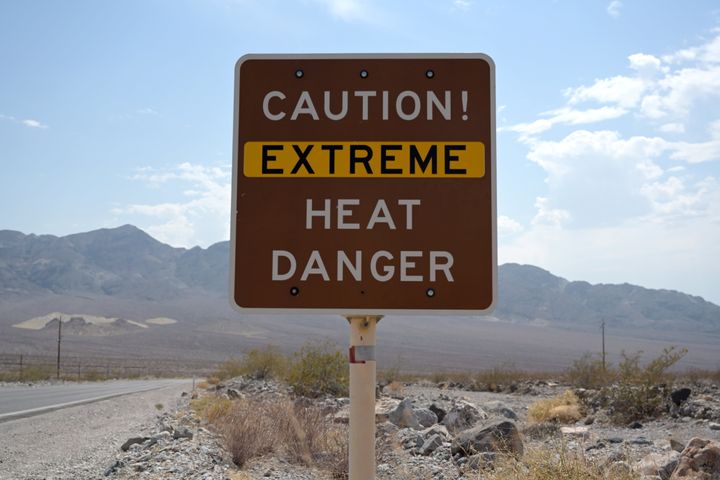 “We will not solve the climate crisis unless we electrify all the households in the U.S.,” said Ari Matusiak, the chief executive of Rewiring America.

“The water heater in your basement is going to conk out at some point. When it does, let’s make sure you get the efficient, electric one, because when you do that, you’ve locked in the zero-emissions pathway strategy in your house for the next 15 years,” he added. “Conversely, if you buy the fossil fuel replacement, you lock in that replacement for 15 years.”

The survey suggested American voters, despite the knowledge gap about household pollution, support policies that make the zero-emissions pathway preferable.

Just 24% of voters supported rebates for gas appliances, compared to 65% who said they’d prefer the government to offer cost-cutting kickbacks for electric versions, including 72% of Democrats, 65% of independents and 56% of Republicans.

Asked whether they’d support “a new bill to make it easier and more affordable to purchase electric appliances” through “rebates for the purchase and installation of zero-emission and energy-efficient appliances, 71% of voters said they’d back the legislation. Posed that way, the proposition was even more popular, with 83% support from Democrats, 68% from independents, and 60% from Republicans.

When asked if they’d participate in the program, either as homeowners or renters requesting landlords take part, 64% of voters said yes, including 76% of Democrats, 59% of independents, and 54% of Republicans.

Another 51% of voters “strongly agreed” that the federal government should count homes, “including rental units, as part of our nation’s infrastructure when making decisions about new federal investments in infrastructure.” The issue appeared more polarized along partisan lines, with 68% of Democrats in support compared to 41% of independents and 39% of Republicans, though nearly one-fifth of voters in each category responded to that question by stating they “don’t know.”

“If we do this right, and we make the right investments to catalyze this market transformation, it will be the thing people decide to do as a matter of course,” Matusiak said. “It will not be an ideological decision, where there are red-state furnaces and blue-state furnaces.”

The fight over emissions from buildings has grown increasingly partisan as industry groups reluctant to cut pollution tighten their grip on the building code rule-making process at the state level.

A growing number of cities where Democrats hold power, including San Francisco and Seattle, have banned new buildings from hooking up to gas lines, forcing developers to electrify the structures. But more than a dozen states Republicans control have considered or passed laws to ban such bans.

Meanwhile, the private consortium that sets model building codes adopted in all 50 states recently gave gas utilities more power over the next round of energy-efficiency rules, set to come into effect in 2024. Real estate developers’ opposition to electrifying new homes tends to be rooted in concerns over the cost of non-gas appliances.

“That is now money that can be pumped back into the economy in the form of discretionary spending,” Matusiak said, referring to the potential benefits of the Heinrich legislation. “And we’re talking about economic activity that is necessarily local. You can’t automate or offshore the insulation or furnace installation.”

16/07/2021 Politics Comments Off on Poll: Most People Don’t Realize Their Homes Spew Carbon, But They Love The Fixes
Markets