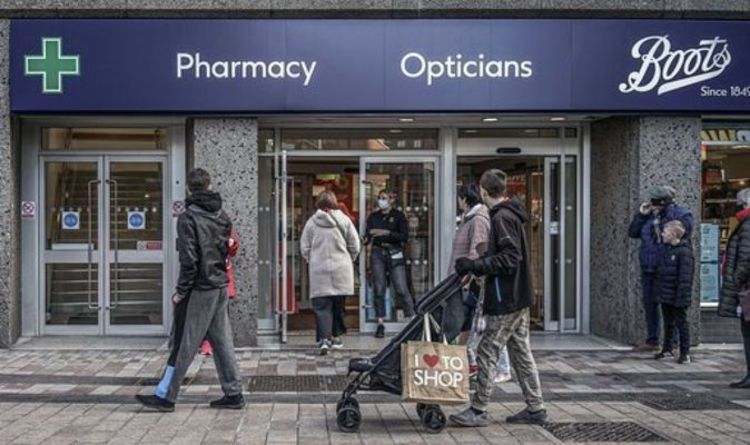 Pharmacists believe the ongoing crisis could affect supplies of important medicines to pharmacies as the Government prepares military staff to drive vans. Last night, the Government said 200 military personnel, including 100 drivers, have been training at haulier sites and will start deliveries to help relieve the situation at petrol stations, which ministers insist is stabilising.

The Government also announced that a temporary visa scheme for nearly 5,000 foreign food haulage drivers, which was due to expire on December 24, will be extended to the end of February, following criticism of its attractiveness to drivers.

But pharmacy bosses said some deliveries had been delayed because of the lack of drivers but made clear patients had not missed out on receiving medicines.

Andrew Lane, chairman of the National Pharmacy Association, added to The Times: “A resilient medicines supply chain is obviously vital to the health of the nation, so it’s important this isn’t allowed to escalate into a widespread problem that impacts patient care.”

Elsewhere, businessman Sir John Timpson has thrown his support behind Dominic Raab’s call for low-level criminal offenders to be used to address the country’s shortage of workers.

The Justice Secretary told The Spectator those given community sentences could help with the UK’s lack of HGV drivers amid concerns about fuel transportation.

Sir John, whose company Timpsons began recruiting ex-prisoners 20 years ago, backed Mr Raab’s suggestion in the hope it might signal a “permanent shift” in society.

He added: “If this represents a permanent shift in attitude it will significantly reduce the number of prisoners who re-offend and will cut the vast cost of our prosecution and prison service.”

It comes as opposition parties raised the prospect of a parliamentary recall to address wider labour shortages and supply chain disruption.

Sir Keir Starmer said the temporary visa scheme would not be up and running “for weeks”, and added that the Prime Minister should, if necessary, recall Parliament to rush through legislation to ensure the shelves remain stocked in the run-up to Christmas.

In an announcement on Friday evening, the Government said 300 fuel tanker drivers would be able to come to the UK from overseas “immediately” under a bespoke temporary visa which will last until March.

Some 4,700 other visas intended for foreign food haulage drivers will be extended beyond the initially announced three months and will last from late October to the end of February.

A total of 5,500 poultry workers will also be allowed in to help keep supermarket shelves stocked with turkeys before Christmas.

The Government has said these workers, who can arrive from late October, will be able to stay up to December 31 under the temporary visa scheme.

But the Government added the visas will not be a long-term solution and it wants employers to invest in the domestic workforce instead of relying on overseas labour.

It said it is also working with the industry to find long-term solutions to the shortage of HGV drivers and to encourage more people to enter the logistics sector by improving pay and conditions.

Health Secretary Sajid Javid said the fuel situation is “stabilising” in most parts of the country and the military is being deployed as a “precaution”.

He told Sky News this morning: “I think it is right that as a precaution that the Government has asked the military to help. I think that is the right measure to take to make sure that people have all the confidence that they need.

“I think that will further stabilise the situation and give more confidence.”

But the chairman of the Petrol Retailers Association said fuel shortages are getting worse in some parts of the country.