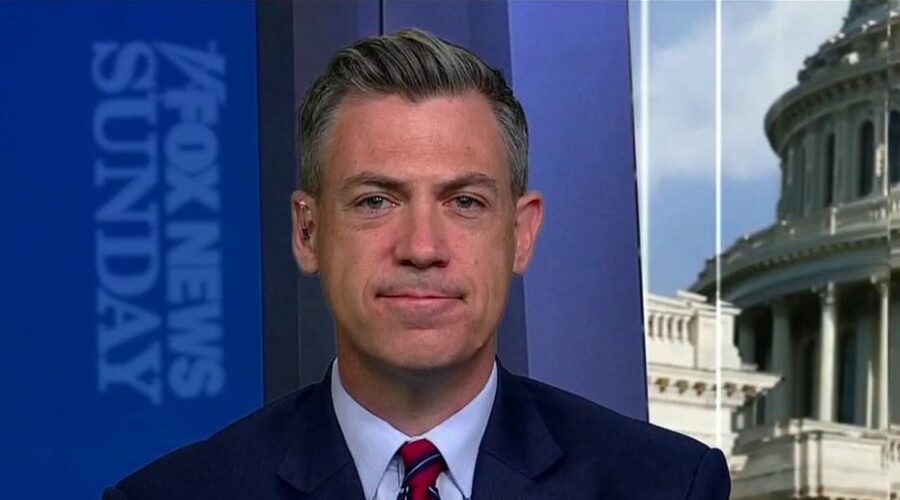 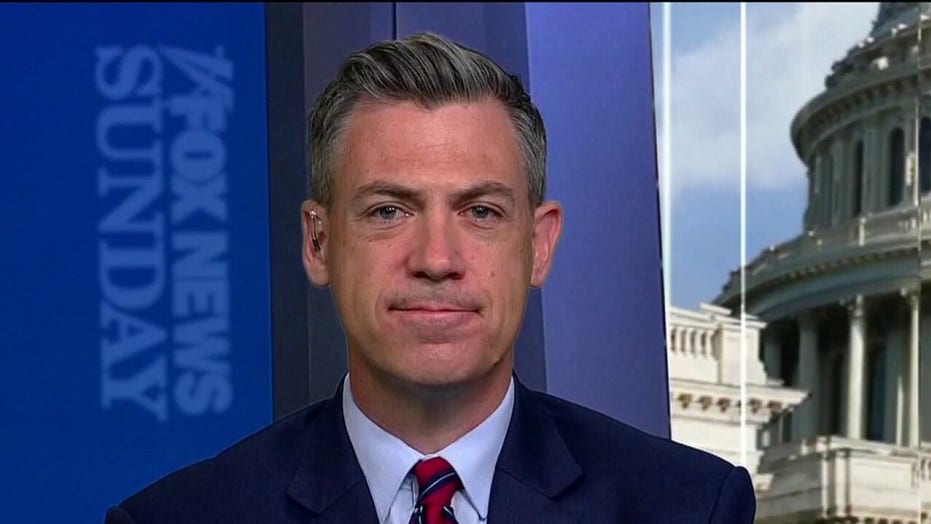 Rep. Banks: ‘Pelosi only wants members who will stick to her talking points’

House Speaker Nancy Pelosi, D-Calif., is responsible for the “breakdown” in security at the Capitol during a deadly riot on Jan. 6, and only wants to “stick to her narrative” as she appoints anti-Trump Republicans to the committee investigating the attack, Rep. Jim Banks said Sunday.

Banks, R-Ind., made his claims against Pelosi during an interview on “Fox News Sunday” while responding to Pelosi’s decision to reject him from the Jan. 6 inquiry committee and her intention to appoint Rep. Adam Kinzinger, R-Ill., to the committee.

“Due to the rules of the United States Capitol, the power structure of the Capitol, Nancy Pelosi, the speaker of the House, has more control and authority and responsibility over the leadership of the Capitol police than anyone else in the United States Capitol,” Banks said. “So she doesn’t want us to ask these questions because at the end of the day, she’s ultimately responsible for the breakdown of security at the Capitol that happened on Jan. 6.”

Pelosi as speaker does not directly oversee the U.S. Capitol Police (USCP), according to the Associated Press, but does appoint a House sergeant at arms, who is on the Capitol Police Board that oversees the department. The department is also overseen by committees from both houses of Congress.

Banks claimed that Pelosi does not want to talk about what happened at the Capitol on Jan. 6 and that she’s “already predetermined a narrative about Donald Trump, about Republicans.” 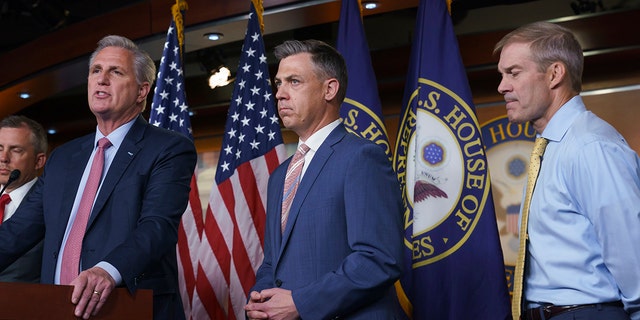 Pelosi last week rejected Banks and Rep. Jim Jordan, R-Ohio – both allies of former President Donald Trump – saying it was to preserve the “integrity” of the committee’s work. Pelosi had accepted House Minority Leader Kevin McCarthy’s three other Republican nominees before her decision to ban Banks and Jordan prompted McCarthy to withdraw all five of his picks.

Kinzinger joins Rep. Liz Cheney, R-Wyo., as the only Republicans on the select committee. Both Kinzinger and Cheney were among 10 Republicans who voted to impeach Trump a second time, claiming he played a role in inciting violence at the Capitol on Jan. 6.

About 140 police officers were injured during the Jan. 6 attack. Two police officers died by suicide in the days that followed, and a third, Capitol Police Officer Brian Sicknick, collapsed and later died after engaging with the protesters. A medical examiner later found he died of natural causes.

Four Trump supporters died that day, including Ashli Babbitt, an Air Force veteran, who was shot by police as she tried to enter into the speaker’s lobby of the House of Representatives. The three others died after experiencing medical emergencies.

Roughly 500 people have since been arrested around the country and charged with federal crimes related to the Jan. 6 riot.

25/07/2021 Politics Comments Off on Pelosi to blame for Capitol security 'breakdown' on Jan. 6, wants to 'stick to her narrative': Rep. Banks
Markets