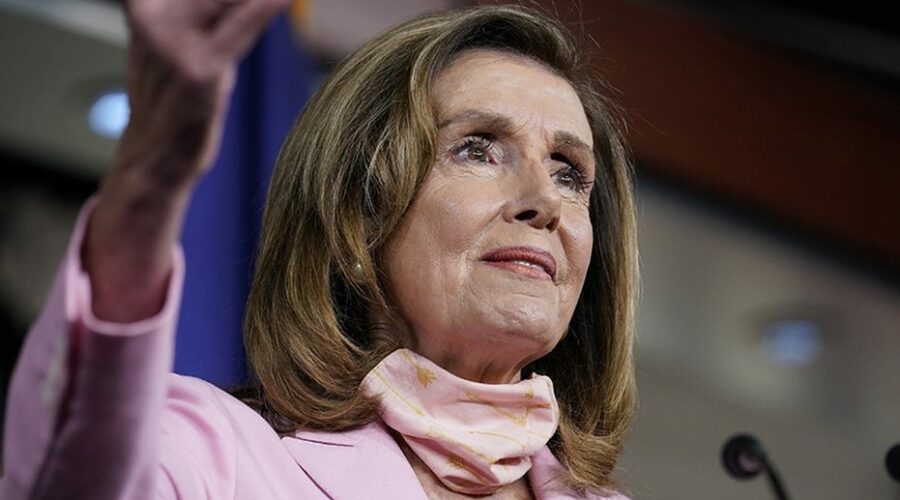 House Speaker Nancy Pelosi slammed Republicans while traveling abroad in the United Kingdom Thursday, saying that they are bad for America and members of a “cult.”

“I say to my Republican friends and I do have some,” Pelosi said at an event in Cambridge, England, prompting laughter from the audience. “Take back your party. You’re the Grand Old Party of America, you’ve done wonderful things for our country. You now have been hijacked by a cult that is just not good for our country.”

Pelosi continued, “Take back your party, do not let it continue to be dominated by those who want to suppress the vote because they have no positive message to win.”

The San Francisco Democrat added that Republicans “disrespect the beautiful diversity of America” and said that GOP members of Congress don’t support background checks on guns.

Pelosi said that the party needs to reflect the positions of Republican voters across the country rather than allegiance to former President Donald Trump and suggested one way to accomplish that is by passing the Democrats’ voting rights bill H.R. 1, which would “have redistricting in a way that is, again, agnostic along the lines of the Voting Rights Act. It may not benefit Democrats but it would benefit the country because it would make Republican districts more open to people other than the ones that are in Congress now.”

Pelosi is in the United Kingdom to participate in the G7 Heads of Parliament Conference, according to her website.

“It is a privilege to join my G7 colleagues in the United Kingdom to discuss a top priority for legislatures and governments across the world: how to balance security and openness, particularly in light of challenges from the coronavirus pandemic, cyberthreats and terrorism,” Pelosi said in a statement. “Public access to the workings of government is a cornerstone of democracy, and it is therefore imperative that parliaments and legislatures remain as open and transparent to the public as possible.  We need to hear from – and be accountable to – those we are privileged to represent, as we work to deliver results in their lives.”